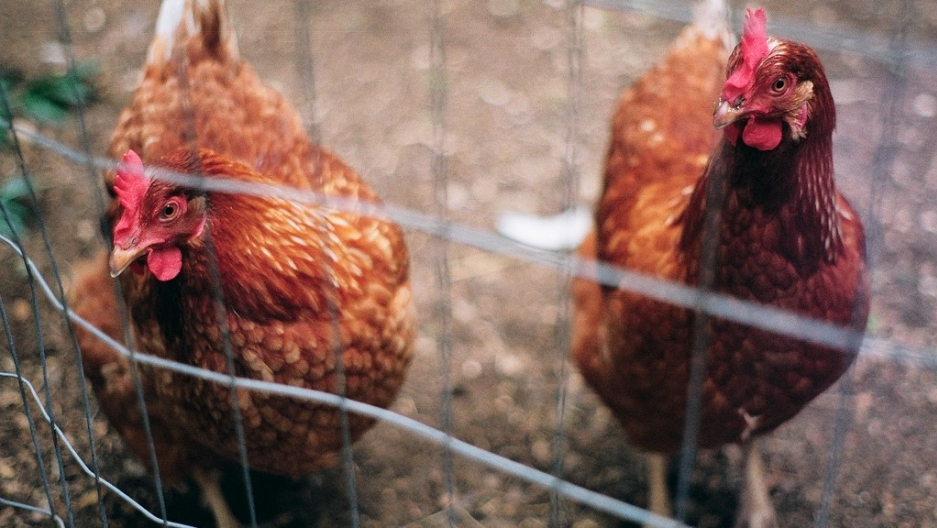 These days, chicken meat is a staple of the American diet, but it wasn’t always that way.

These days, chicken is a staple of the American diet, but it wasn’t always that way. Before the 1940s, chicken was rarely on the meal table; instead, chicken meat was a byproduct of egg farming — the hens that were done laying eggs.

So, what happened? The secret ingredient, according to journalist Maryn McKenna, was antibiotics. Her new book “Big Chicken” traces the rise of antibiotics in the poultry industry all the way to our current antibiotic crisis.

“Chicken taught the rest of agriculture, the rest of meat production, how to use antibiotics,” she says. “Chickens were the first animals to get what we call growth promoter antibiotics experimentally.”

Soon after antibiotics emerged in the 1940s, farmers began dosing poultry with antibiotics to make the birds fatter and to protect them against diseases in large factory farms, McKenna explains. “And it seemed to be so safe,” she adds.

The poultry industry was so enamored of antibiotics that in the 1950s, it began to use a process known as “Acronizing” to keep meat fresher longer. The idea, McKenna explains, was to “dip raw butchered chicken and fish into a solution of antibiotics, and then package it and send it off to supermarkets.” The antibiotics would kill bacteria on the surface of the meat, and keep it from spoiling for weeks.

But in Seattle, a physician at the local Department of Public Health began hearing from doctors around the city who were seeing patients with strange lesions on their arms and hands. The sores were staph infections. “And it turned out that [the patients] all worked for slaughterhouses that were using this antibiotic dipping process,” McKenna says.

“What had happened was that the chickens on the various farms were already getting antibiotics for all the reasons we’ve been talking about, and then they got an extra dose of antibiotics as they were being disassembled into meat,” she adds. The doctor, McKenna writes, soon realized the staph bacteria had become resistant to the antibiotics used in chicken feed and were thus unharmed by the same drugs in the “Acronizing” baths. (Read the full story in an excerpt from “Big Chicken” at NPR.)

Today, “Acronized” meats are no longer on grocery shelves, but we’re still dealing with antibiotic-resistant bacteria in the food we eat, and on an even greater scale. “I think over the years, we’ve almost become accustomed to the idea that we have very large outbreaks of foodborne illness in this country as food production got both more concentrated and also spread its products further across the country,” McKenna says. She points to a 2013 salmonella outbreak, linked to a California chicken producer, that sickened consumers in 29 states and Puerto Rico.

What’s more, she says, research is just beginning to link the widespread use of antibiotics in food animals to more common human ailments: urinary tract infections, kidney infections and even septic shock.

“The bacteria get into your guts just as they do for a foodborne illness, but then they exit your guts and get into your urinary system, and climb up to your kidneys and resist treatment because they’re antibiotic-resistant,” she explains.

“One estimate is that possibly 10 percent of the UTIs and kidney infections caused by E. coli in this country are caused by this foodborne antibiotic resistance, which would mean it could be 600,000 cases a year in the United States not linked back to farming because the trail of evidence is too long and thin.”

In 2013, the FDA announced that antibiotics would be phased out as growth-promoting drugs in food animals. But as McKenna detailed in Newsweek, the rules, which took effect at the beginning of this year, still allow the use of preventative antibiotics to curb disease on crowded farms.

To McKenna, the issue of antibiotic use in food animals is reminiscent of another enormous, global threat — climate change. “Not just in the sense that this is an enormous problem and what any one person does feels so insignificant, but also that the industrialized west is far ahead of the global south in this,” she says. “And the industrialized west is saying, ‘Well, we had all these massive cattle farms and we had our juicy steaks, and developing world, we would like you to forgo that part of your evolution.’

“And the developing world is appropriately saying back, ‘Wait a minute. Our people want their juicy steaks, too. We too want to have factory farms, we want to have lots of cheap meat.’ How we solve that is a really important question for the next few years.”

This article is based on an interview that aired on PRI's Science Friday with Ira Flatow. Maryn McKenna’s book, "Big Chicken: The Incredible Story of How Antibiotics Created Modern Agriculture and Changed the Way the World Eats," is available now. Read another excerpt at Science Friday.