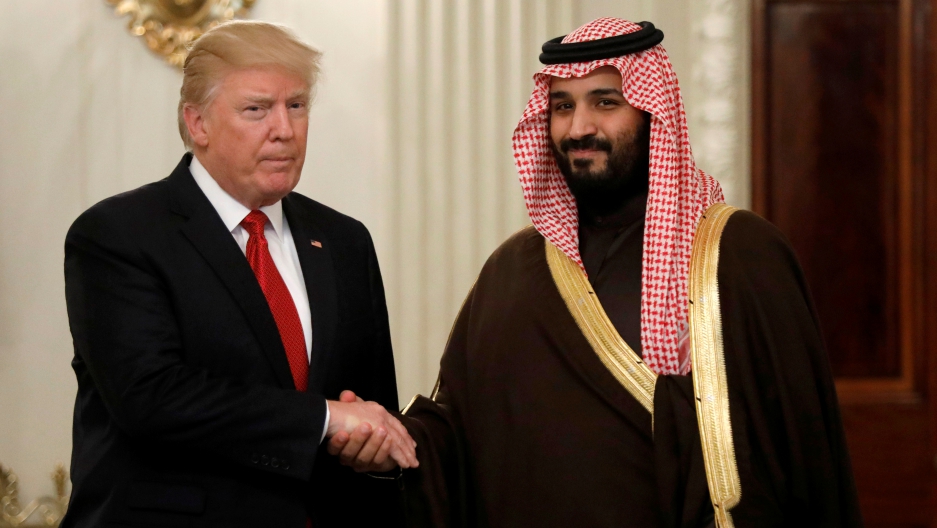 US President Donald Trump and Mohammad bin Salman, who was deputy crown prince and is now the crown prince of Saudi Arabia, meeting at the White House in Washington, March 14, 2017.

Saudi journalist Jamal Khashoggi will not be going home anytime soon. His opinion piece in The Washington Post has drawn fire in the Saudi press, all because he dared write about a crackdown on free speech in the kingdom.

The title of his op-ed is "Saudi Arabia wasn't always this repressive. Now it's unbearable." It is unusual for a Saudi writer to criticize the kingdom's authoritarian rule, and publishing in The Washington Post made Khashoggi critique hard to ignore.

Here's some of what he wrote:

"Last week, about 30 people were reportedly rounded up by authorities, ahead of the crown prince’s ascension to the throne. Some of the arrested are good friends of mine, and the effort represents the public shaming of intellectuals and religious leaders who dare to express opinions contrary to those of my country’s leadership. The scene was quite dramatic as masked security men stormed houses with cameras, filming everything and confiscating papers, books and computers. The arrested are accused of being recipients of Qatari money and part of a grand Qatari-backed conspiracy. Several others, myself included, are in self-exile and could face arrest upon returning home."

Khashoggi says the recent spate of arrests and a campaign to repress Saudi writers and intellectuals is unprecedented in his 30 years as a journalist. "It prompted me to say something, because this is not the direction I was hoping my country would take, particularly with the rise to power of Prince Mohammed bin Salman."

The son of Salman bin Abdulaziz Al Saud, king of Saudi Arabia, Mohammed bin Salman became Saudi heir apparent after his cousin, Crown Prince Mohammed bin Nayef stepped aside in June. (Nayef is reportedly under house arrest). Now 31, Mohammed bin Salman is considered a social reformer, and he enjoys widespread popularity in the kingdom. This, even as he works to promote a challenging economic initiative, Saudi Vision 2030, which will wean Saudis of government stipends and encourage employment in the private sector.

Khashoggi believes Mohammed bin Salman can pull it off. The journalist has been rooting for the crown prince, so he finds it perplexing that the Saudi government — which is essentially the young prince's to run with his father's blessing — is clamping down on independent journalists. 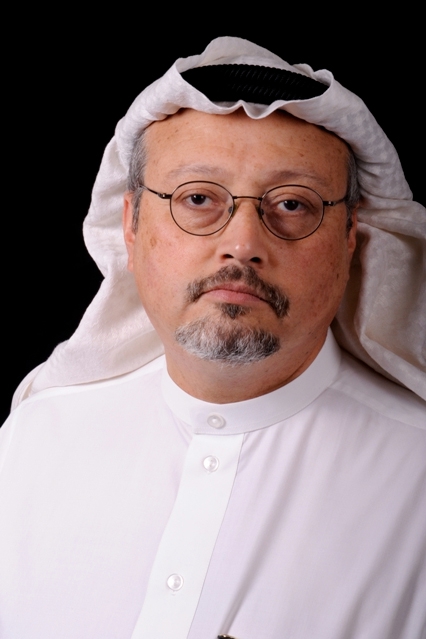 Courtesy of The Washington Institute for Near East Policy

"It's just this intolerance that is totally unneeded. He doesn't have opposition," Khashoggi says. "People are willing to support his reform plans — and these reform plans are going to be painful because they're going to address economic matters and employment — and that requires unity; not division. But what we have right now is division. Saudis targeting other Saudis. Saudis hating other Saudis."

The journalist does not believe the Crown Prince is behind the campaign. But he holds him responsible.

In his Washington Post article, Khashoggi wrote about his friends, and their own crisis of confidence in the kingdom's future:

"It anguishes me to speak with other Saudi friends in Istanbul and London who are also in self-exile. There are at least seven of us — are we going to be the core of a Saudi diaspora? We spend endless hours on the phone trying to understand this wave of arrests that have included my friend, businessman and thoughtful Twitter personality Essam Al-Zamil. It was just last Tuesday that he returned home from the United States, having been part of an official Saudi delegation. That is how breathtakingly fast you can fall out of favor with Saudi Arabia. It is all quite shocking. But this has not been business as usual in my country."

Khashoggi has been the target of criticism in Saudi Arabia since his article was published. He has no immediate plans to return to his home country.

"If Essam, who is very independent, who is not linked to any political organization, is arrested," says Khashoggi, "I'm sure I'm going to be arrested as well."

Khashoggi knows that he has broken with Saudi tradition by speaking out. But, he says, he feels that it's his obligation.

"Because I'm free here [in the US]," he says. "And I will feel very much guilty if I continue enjoying my life being silent — when I can speak."