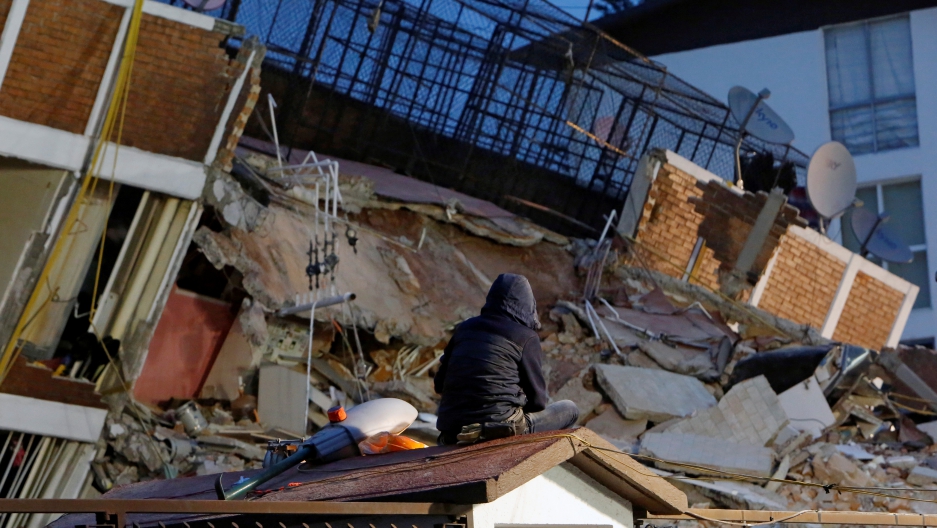 A person sits on the roof of a little house while looking at the rubble of a collapsed building after an earthquake hit Mexico City, Mexico Sept. 20, 2017.

Rescue teams are frantically working to save people trapped by rubble after a powerful earthquake hit Mexico Tuesday.

The 7.1 magnitude quake was centered about 100 miles from Mexico City, but caused about 45 buildings in the capital to collapse.

Manuel Rueda, a freelance journalist in Mexico City, interviewed residents outside a collapsed building in the Roma neighborhood of the city. He says family members there were still waiting for word of their relatives, who were trapped under the rubble. "The relatives are asking for information. They've been here all night."

Rueda says many of them are frustrated by the lack of clarity. "There are different rescue teams working on the building at the same time. And they're getting different information from different people on how many people are left in the building and which people have been rescued from the building."

To hear more about the aftermath of the earthquake from Manuel Rueda, listen to the audio above.