Fishermen sell their daily catch at the docks in Cordova, Alaska, where they are weighed, packed in ice, and sent to a processing facility.

Forty years ago, Alaska had a near monopoly on supplying the world with salmon. But then Norwegian fishermen began experimenting with salmon farming — raising fish in enclosed ocean pens. By the 1990s, international salmon farming had taken off, not just in Norway, but also in Canada, Scotland and Chile.

“In 1988, the price for Sockeye salmon in Alaska was well over $2 a pound. By about 2000, the price had fallen to 40 cents a pound," says Gunnar Knapp, an economist and fisheries expert with the University of Alaska, Anchorage.

So, why on Earth did Mike Mahoney move to Cordova, Alaska, population 2,205, to fish salmon at that very moment?

“I didn’t really know any better because I came up here from Minnesota,” says Mahoney. “I just thought I’d give it a whirl. It was actually easier to buy in at that time because it was so depressed.”

In Alaska, commercial fishermen have to buy permits.

When Mahoney moved to Cordova, the area was also still recovering from the Exxon-Valdez oil spill. Despite it all, for Mahoney it was an easy call. He looks around at the harbor and mountains: It’s shockingly beautiful.

“I love my job,” says Mahoney. “It’s pretty wonderful what we get to do here, just being able to have the freedom to move around and to be able to go hunt for the fish. I actually really enjoy that part of it.” 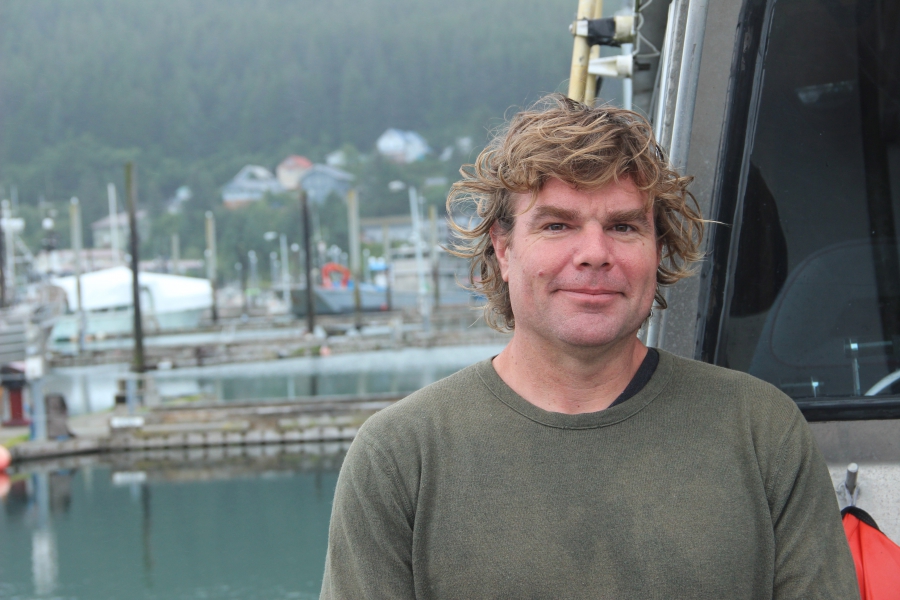 Alaskan fishermen spending days at sea, often alone, sleeping on small vessels. It conjures up a romantic image. Modern salmon farming — that’s a different visual. A guy at a computer monitors the fish with underwater cameras. When it’s feeding time, he presses a button and long tubes deliver food to tens of thousands of fish swimming in enclosed areas, sunken pens often the size of one or two basketball courts.

Salmon farming has been criticized for years for over-using antibiotics, harboring diseases, and allowing fish to escape and contaminate or crossbreed with wild stocks. The industry is trying to address the problems, working with environmental NGOs to adopt more stringent standards.

For Mahoney, farmed salmon is a tricky issue.

“I do sort of see them as competition, but I’m not here to trash those guys,” Mahoney says. “But you can think of these salmon farms as confinement feed lots, if you wanted to use that analogy.”

Scott Blake, a fourth-generation fisherman, walks around a processing plant for his company, Copper River Seafoods, where workers expertly wield knives and rapidly pluck and gut salmon from an assembly line. The company catches, processes and exports wild Alaska salmon.

Blake, who is the company’s CEO, says competition from farmed salmon nearly crashed the Alaskan market in the 1990s. And yet, he too is ambivalent about all of that global competition.

“I hate to say this, I think it’s helped us,” says Blake. “There’s such a [stigma] in Alaska that farmed salmon is the evil — whether we like it or we don’t like it, it’s always going to be here. We compete for the center of the plate. We compete against chicken, beef, pork, farmed salmon, other protein resources.” 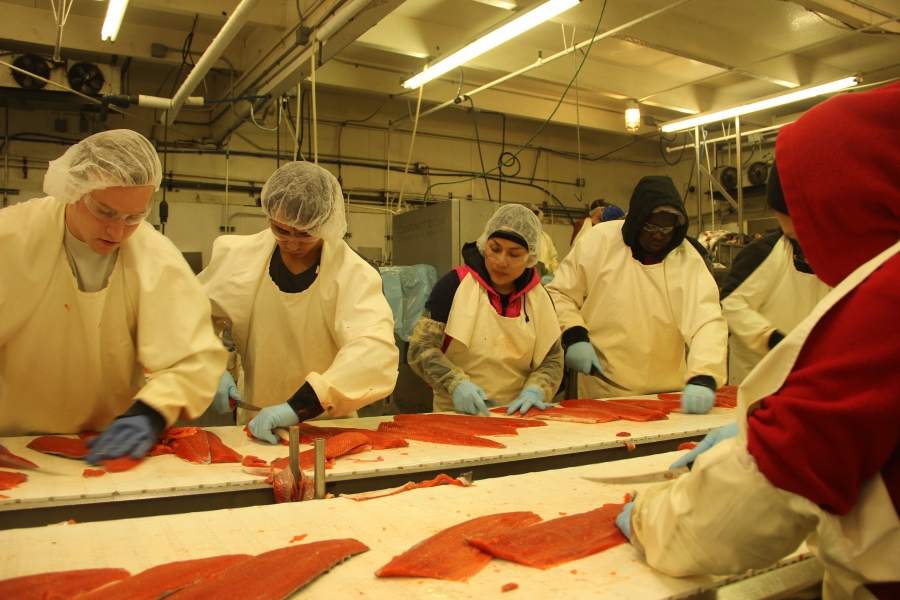 Salmon roll down the line at Copper River Seafoods’ Anchorage processing facility. The company’s goal: deliver wild salmon from Alaskan waters to restaurants and grocers in the continental US within 48 hours.

The Copper River, which enters the Gulf of Alaska near Cordova, is revered for having some of Alaska’s most highly-prized salmon stocks. It’s one of America’s largest rivers, ranked by discharge volume, and salmon have to store up a lot of fat to make the return from the ocean and swim up river to spawn.

Christa Hoover, executive director of the Copper River Prince William Sound Marketing Association, says after people get a taste for the more plentiful, and cheaper, farmed stuff, she wants them to sample Alaskan, preferably Copper River Salmon. Many here bill Alaskan wild as the French wine of salmon.

“I would say that’s a fair analogy,” says Hoover. “Consumers that have a sophisticated palate, they look for the best in their particular category, whether it’s coffee, or wine or beef.”

This sales pitch seems to be working. The price for Alaskan salmon has rebounded in the past few years. It’s also been helped by a drop in worldwide supplies — sea lice outbreaks on salmon farms in Scotland, Norway and Canada, and an algal bloom in Chile have depressed worldwide stocks. 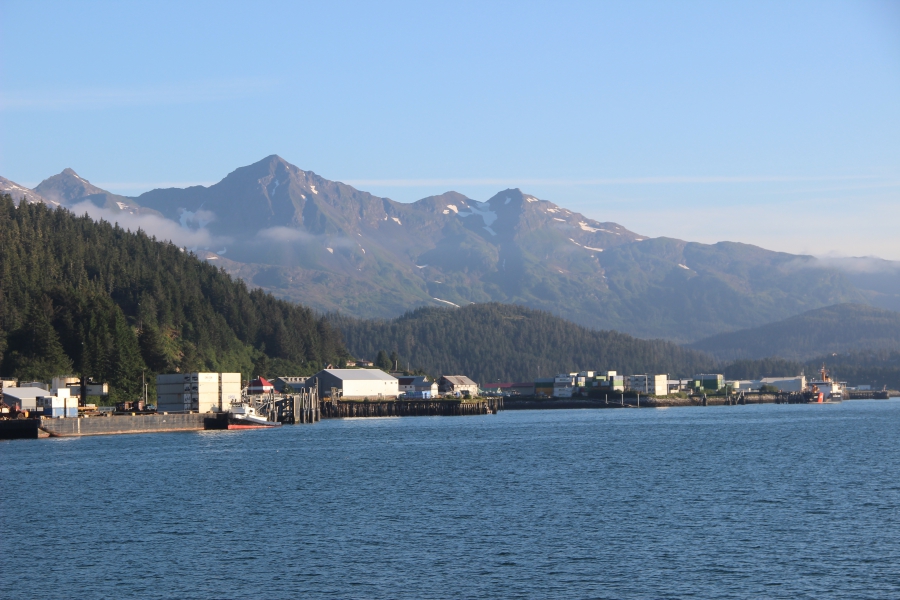 Alaskan salmon fishermen have catch limits, but it’s been a banner season in many parts of the state. Though every day is different.

“It was not a very good day, I got about 400 pounds,” says Thea Thomas, as she brings her boat back into the docks during an early evening. She’s been fishing the waters around Cordova since the 1980s.

“It was OK," says Thomas. "I mean I paid for fuel and made some money.”

Now, $1,000 might sound like a lot of cash for a day’s work, but that’s not all profit. And Thomas can only fish for about five months a year, working long hours. She has plenty of downtime though — she casts her “gillnet” about once an hour and then waits.

“I should be reading my book, but today I was listening to an audiobook,” Thomas says with a laugh.

“It’s not even comparable,” says Thomas. “First of all, I am against salmon farms, even though I shouldn’t really be saying that, but when I see what they’re doing to the coast lines, they’re not good for the environment. And I really don't think that the product is that great.”

“You’re supporting these wonderful coastal communities in Alaska. We don’t want to see this lifestyle go away,” says Thomas.

Nor does the state of Alaska: It banned “finfish” farming in 1990.

But even Thomas grudgingly concedes, there’s a place for the farmed stuff, as long as it’s better controlled. And again, if it gets more people eating salmon, that’s good for Alaskan fishermen. 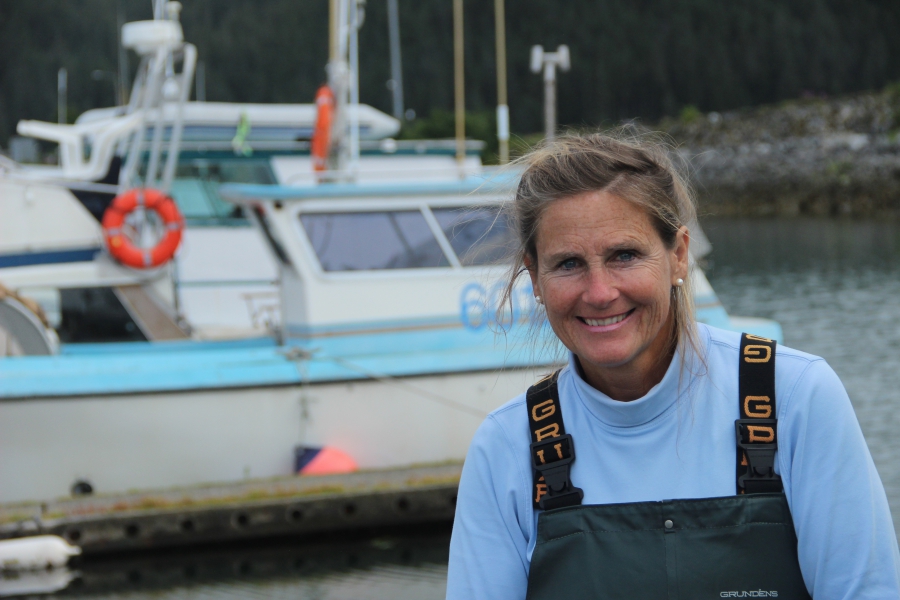 Thea Thomas is one of the pioneers of female Alaskan salmon fishermen. There are about 10-12 women out of roughly 550 permitted fishermen in the area.