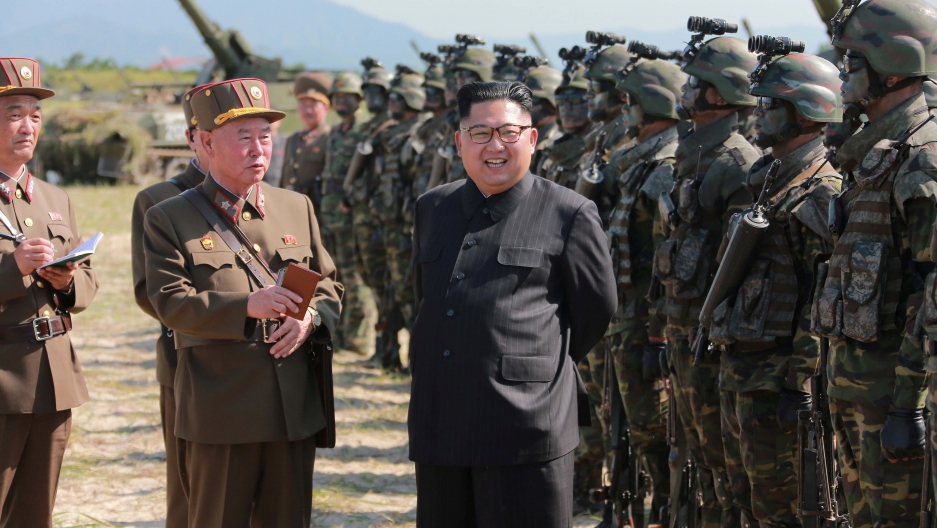 One of the more memorable times when someone openly talked about assassinating North Korea’s leader, it was a joke.

In the 2014 comedy, "The Interview," Seth Rogen and James Franco play journalists who are recruited by the CIA to assassinate Kim Jong-un instead of interviewing him.

North Korea was not happy about it — Pyongyang even threated military action against the US.

Now, it looks like South Korea is stepping into the fray.

A few days after North Korea tested its sixth nuclear missile, South Korea announced its plans to create a special military “decapitation unit” with the goal of assassinating Kim Jong-un.

Killing a foreign leader is obviously a covert operation — so why would South Korea reveal its plans so publicly?

“It's a way for South Korea to say to North Korea, ‘Hey, we really mean business here.’”

South Korea’s President Moon Jae-in was elected in May on a platform of diplomacy and engaging with the North. This shift in policy could be a sign that South Korea believes that US President Donald Trump’s increasingly aggressive “fire-and-fury” rhetoric isn’t deterring North Korea from its weapons testing.

How real is the threat?

South Korea’s threat to form a hit squad plays on North Korean leaders’ well-known paranoia, and their shared histories. Both countries tried — and failed — to assassinate each other’s leaders in the late 1960s.

But it’s likely that real threats to Kim Jong-un come from within, says Stone Fish. Pyongyang is no stranger to plotting and intrigue — Kim Jong-nam, Kim Jong-un's elder half-brother, was killed by North Korean operatives earlier this year.

“Dictatorships are so inherently unstable,” said Stone Fish. “I think it's much more likely that one of his trusted associates slits his throat than that a South Korean agent can get access to [Kim Jong-un].”

But Stone Fish says it’s more likely that this will give the country ammunition to double down on its missile programs and propaganda.

“I think that this, to them, justifies the way they see the world,” said Stone Fish. “The idea that they are really alone — North Korea against the world.”