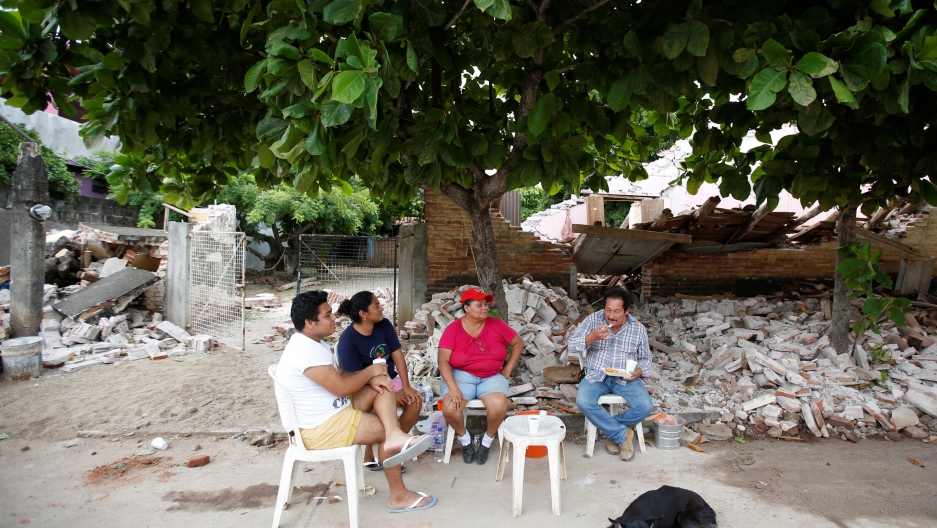 A family sits outside their house destroyed by the earthquake that struck the southern coast of Mexico late on Thursday, in Ixtaltepec, Mexico.

Mexico is still reeling from the worst earthquake in a century.

The 8.1 magnitude earthquake last week killed nearly 100 people, and left many more homeless in the southern part of the country, which was hardest hit.

Franc Contreras, who has been reporting from Juchitán, an indigenous town in the state of Oaxaca, says approximately 40 percent of buildings in the town were either reduced to rubble or damaged beyond repair.

“I spoke to a woman who said she was asleep in bed with her newborn infant and the ceiling caved in on top of them,” says Contreras. “They got out into the yard, and the ground was still moving. Their house was just demolished.”

The Mexican government is working to coordinate recovery and relief efforts, but some citizens worry it won’t be enough. “The biggest issue right now is that more than 40,000 people in [the southern] region are left without homes,” says Contreras.

You can hear the latest update from Franc Contreras on Mexico's response to the earthquake above.