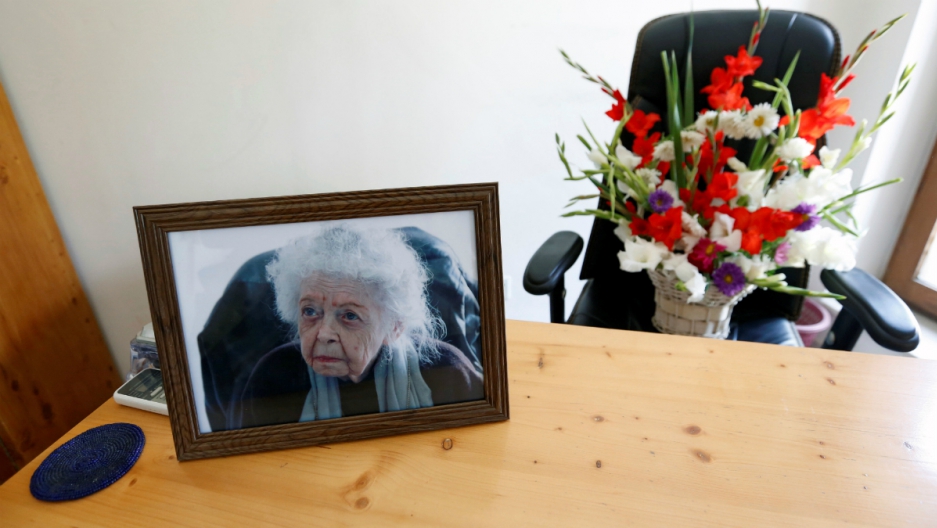 A photograph of Nancy Hatch Dupree, and a bouquet of flowers are seen in her office after she passed away, in Afghanistan Centre at Kabul University (ACKU), in Kabul, Afghanistan September 10, 2017.

Nancy Hatch Dupree, who died in Kabul this weekend at the age of 89, was probably better known in Afghanistan than in the United States.

She was the founder of the Afghanistan Center at Kabul University which holds hundreds of thousands of primary and secondary source documents, many of which were collected and preserved by Dupree herself.

It’s the first center dedicated to the study of the country’s own history.

Dupree was born in New York, grew up in India and moved to Kabul in 1962, as a diplomat’s wife. She didn’t stay married but she fell in love with the country.

It was a love affair that lasted till her death.

“It almost feels like, from the beginning, she developed an instantaneous connection with the place," says Mujib Mashal, The New York Times' senior correspondent in Afghanistan.

The connection was reciprocal.

Dupree is affectionately known as “the Grandmother of Afghanistan.”