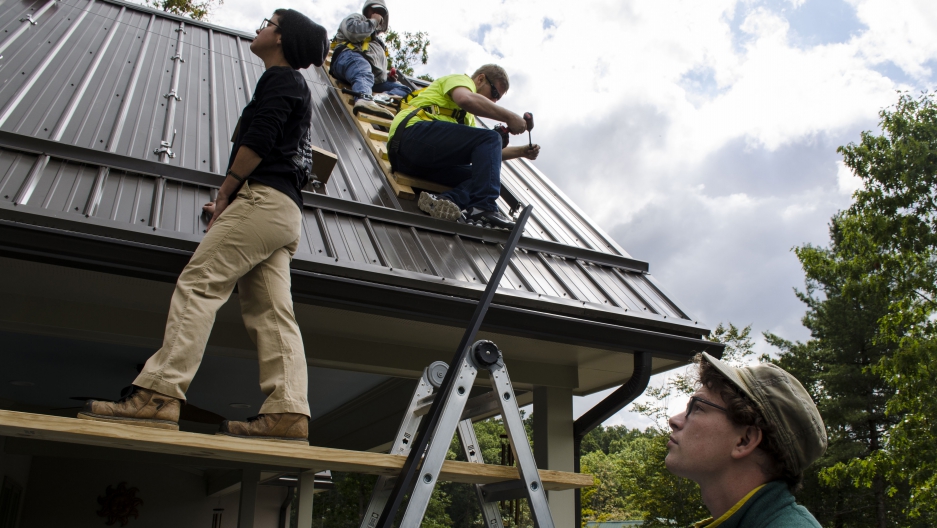 Solar Holler founder Dan Conant, foreground, looks on at the beginning of a solar roof installation in Lewisburg, West Virginia.

Tanner Lee Swiger graduated from high school in Wayne County, West Virginia this spring. His father and grandfather both worked in West Virginia’s coal industry. But not Swiger, or any of his high school classmates.

Nobody from his graduating class is working in coal, says Swiger. “[They’re] honestly working in fast food, or not working at all.”

Not Swiger. He has a job installing rooftop solar panels. He says his family is delighted with it.

“I ain’t against it, I love solar. It’s way better than coal, I think.”

Solar panels can save people money on their electricity bills and cut down on greenhouse gas emissions, which fuel climate change. With battery storage, found in some home set-ups, solar can also allow people to continue to power their homes off the grid during power outages.

Swiger is working as an apprentice with Solar Holler, which was founded four years ago by 32-year-old Dan Conant. Conant doesn’t see solar energy and coal at odds with each other.

“The way I think about it, as a West Virginian, is that West Virginia has always been an energy state, and this is just the next step. It’s the next iteration,” says Conant.

Then, as the country turned to cleaner, and now cheaper, sources of energy, West Virginia’s coal industry was hollowed out, leaving many, like Conant, thinking beyond coal. He left his job at the US Department of Energy to start Solar Holler, to try to help slow his state’s economic slide. By many metrics, West Virginia is one of the poorest states in the country.

“Mingo County, West Virginia, which is where three of our crew members are coming out of today — they’ve lost more than 40 percent of all the jobs in the entire county in the past four years,” says Conant.

Only about 12,000 West Virginians work in coal mining today, a 90 percent decline over two generations. With lack of jobs has come a familiar pattern that’s played out in this country: hopelessness, drugs and crime.

President Trump has made bringing back coal jobs an outsized part of his “Make America Great Again” platform. Conant is grateful for the spotlight on the economic plight of Appalachia, but he doesn’t see a return to the good old days either.

“We need to find new things,” says Conant. “It’s not going to be the coal industry of the past. The industry has been so automated — strip mining doesn’t take the number of people that guys with headlamps and pickaxes did.”

Solar may be an energy of tomorrow, but coal jobs still pay much better — pay for solar panel apprentices at Solar Holler start at $12 to $13 an hour, plus money for college courses, but permanent solar installers can reach $17 to $20 an hour, according to Conant. Still, coal mining jobs in West Virginia typically pay more than twice the starting wages for solar.

But those jobs are increasingly hard to find, and Solar Holler, and other solar installers, need workers now. (About 50,000 people work in coal mining nationwide, compared with 260,000 in solar.) For that, Solar Holler is helping set up a training center in an old, abandoned factory in the city of Huntington, West Virginia. 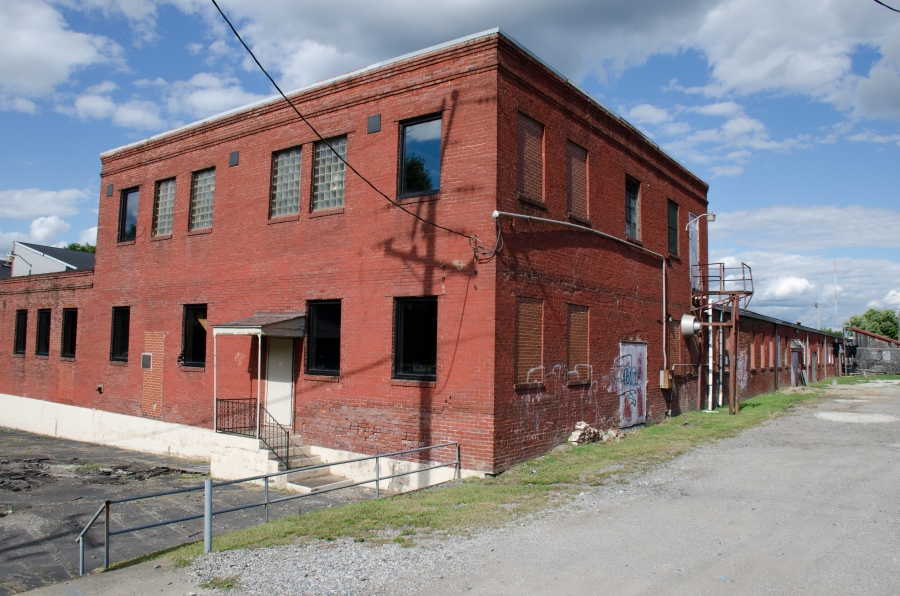 “This was Corbin Clothing Manufactuer. They made some of the finest 'Mad Men' era clothing that you could get, straight up from Wall Street, New York City,” says Deacon Stone with Solar Holler, walking through the vast 96,000-square-foot facility.

Stone stops the tour and points at something bizarre: rows and rows of church pews.

“We’re in Appalachia, you can’t hit a rock and not hit a church, or a place that will be a church,” says Stone.

Long-story short, they needed seating in a hurry, “and had no means to purchase chairs, no means to borrow things,” says Stone. “We’re sweating. And I pass by and I see these pews; it’s like, deep discount if you take them all.”

“Coal is more than just an employment base here in Appalachia, it’s central to our identity. And that lets you know a sense of our pain the last few years,” says Brandon Dennison, Coalfield Development’s CEO. “No one industry can replace coal, nor should it. We need to diversify and have lots of different business opportunities.”

Half of Coalfield Development’s funding, nearly $2 million, comes from a federal program called the Appalachian Regional Commission. It was created by an act of Congress in 1965, after urging by President John F. Kennedy and then President Lyndon Johnson, to combat the region’s high levels of poverty.

The Trump Administration now wants to defund it. Dennison says that worries him “a lot.”

“If we lost our Appalachian Regional Commission funding, we would have to basically cut our scale of impact in half.”

The mayor of Huntington, Steve Williams, was more blunt about the possibile defunding of the Appalachian Regional Commission: “Well, it’s stupid.”

Williams is a Democrat and is running for Congress next year.

Williams says pulling the plug on the Appalachian Regional Commission would send a clear message: “That says to me that they’re giving up on this area.”

For now, Congress has voted to extend the program’s funding through the end of the year.

Dan Conant, the founder of Solar Holler, stays clear of politics. He’s interested in market economics. And at the end of the day, he thinks he’s betting on a winner.

Conant says, “Within a week of cutting the ribbon on our very first project, we got so much interest around the state that we outstripped the capacity of everybody who knew how to install solar in West Virginia at that point.”

Conant says he’s currently backed up on 16 projects. And Solar Holler needs trained workers to get things moving along.

This piece is part of the series 50 States: America’s place in a shrinking world. Become a part of the project and share your story with us.