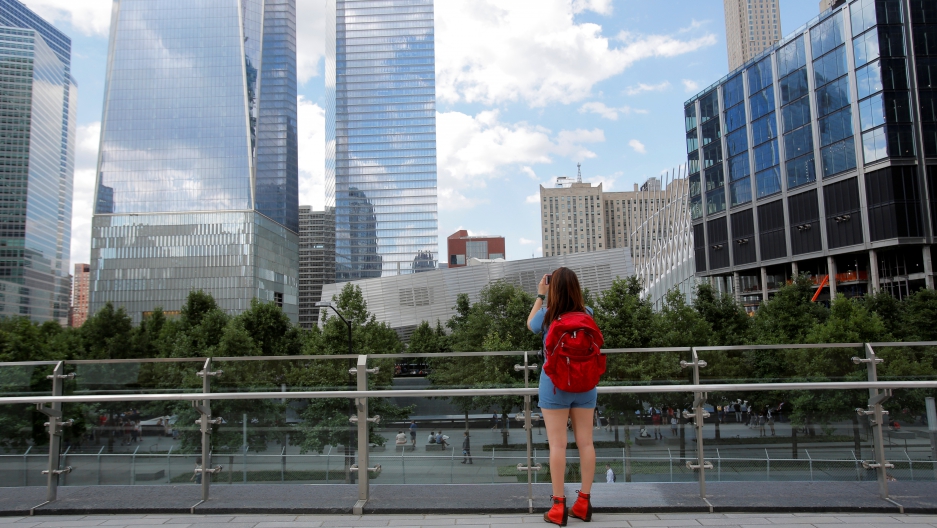 A woman takes a photo from the newly opened Liberty Park above Liberty Street on the World Trade Center site in Manhatten.

I was sitting in the back seat of my dad’s Toyota, trying to convince him that I didn’t really need to go to school after my early morning visit to the dentist.

Just as I was about to launch into my final appeal, my dad shushed me and leaned in, turning up the volume on the radio.

It was Sept. 11, 2001, and although I was in elementary school, I could tell he was shocked and horrified — something big had happened.

I couldn’t quite grasp the enormity of the event at that age, but I began to make sense of 9/11 through my parents’ reactions to what happened over the coming weeks and months.

Sept. 11 was a defining moment in US history — one that continues to influence our politics and foreign policy.

It’s also a defining moment for many people — I can remember how my life as an Indian American changed after the tragedy. Questions like “where are you really from?” became much more common.

But there’s a whole generation of people born after 9/11 who are only beginning to grapple with what it means — and they’re mostly learning about it through their history books.

My little sister Chaitra is one of them. She was born about two months after 9/11, and is now a sophomore in high school.

Chaitra tells me that she only had a hazy idea of what took place that day when she was younger, but she always knew that it was different than other recent events in history because of the way people spoke about it.

She says it became more real to her when she was officially taught about 9/11 in her 7th grade history class. They watched a video in which families spoke about loved ones who died when the towers fell.

Chaitra says there’s more she’d like to learn about 9/11 that she hasn’t been taught. “The bigger picture, instead of just the little details, and the aftermath of [Sept. 11]. I want to be able to see more points of view on the subject.”

You can listen to the interview with The World's Amulya Shankar and her sister Chaitra above.