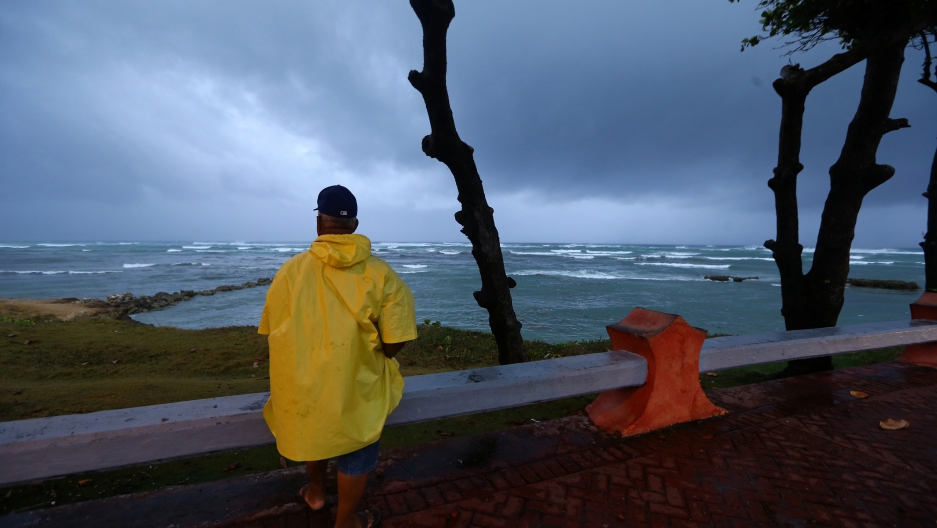 Hurricane Irma has moved away from the northern coast of Puerto Plata, Dominican Republic.

You can't miss the dire headlines, warning of Hurricane Irma's perilous journey toward Florida and the US eastern seaboard.

Far less attention, however, is focusing on the fact that the deadly storm has already caused significant damage on American soil.

"The US Virgin Islands and Puerto Rico have already been decimated by this hurricane," says Stacey Plaskett, the delegate for the US Virgin Islands in the US House of Representatives. "It's difficult to hear the discussions in some of our news outlets, where they focus the attention solely on the continental US."

St. Thomas and St. John were both close to the eye of the storm. On the tourist-dependent island of St. Thomas, fierce 150 mph winds ripped the roof off the Roy Lester Schneider Hospital, a 169-bed acute care facility. Patients were evacuated from the third and fourth floors of the building. US Navy ships are heading toward the USVI, and some patients from the hospital are expected to be transferred to a US military ship.

The Associated Press reported that at least three people died in the hurricane.

Plaskett says the islands' 911 emergency response system has been overwhelmed and is no longer functioning.  She says her constituents are communicating online when possible, but also making use of ham radio.

It's a scenario many of the islands' residents have lived through before. The USVI sustained significant damage in 1989, when Hurricane Hugo, a Category 4 storm, struck St. Croix. Hurricane Marilyn hit in 1995. Since then, investments brought many USVI buildings up to hurricane-safe code.

"We were prepared," Plaskett says. "But even within code, we were not able to keep all of the buildings and structures in place."

And even more danger is around the corner with the onset of another storm, Hurricane Jose.

"It's making its way across the water, across the Atlantic and heading in the same path that Irma was to the Caribbean," Paskett says. "We know that's going to provide additional damage to an already fragile area."

But she remains optimistic.

"Let the Virgin Islanders know that while we are fighting for equal rights, the ability to vote, we are also thankful as American citizens that we have the Federal Emergency Management Agency, that our president has really stepped up," she adds. "I've received phone calls from the White House, and from the National Security Council and the State Department and others expressing their support and trying to really get moving. For that we're grateful."