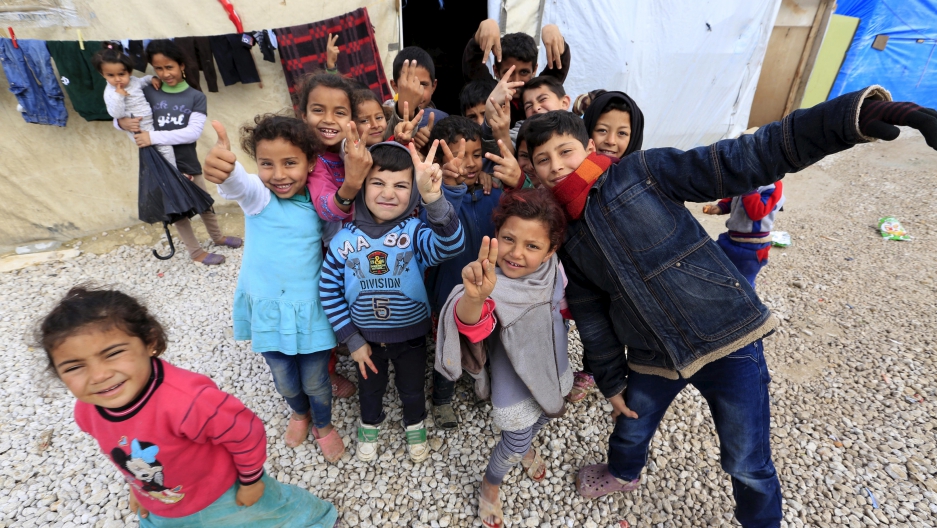 Children pose near tents inside an informal settlement for Syrian refugees in Bekaa Valley, Lebanon.
Credit:

Syrian refugees in Lebanon really struggle to get by. The situation is so bad that many are forced to send their children out to work to be able to afford to eat.

Some 180,000 Syrian kids are put to work in Lebanon, according to UNICEF. Most work in the agricultural sector, planting and picking potatoes.

The World’s correspondent Richard Hall spoke to a family in eastern Lebanon’s Bekaa Valley who have had to resort to this.

“When we stop working or stand still, he scolds us,” 11-year-old Noura says of her boss.

She says she dreams about being at home all day when she is working the fields. To get through it, she and her friends sing songs.

You can listen to the children's work songs and more on The World, above.