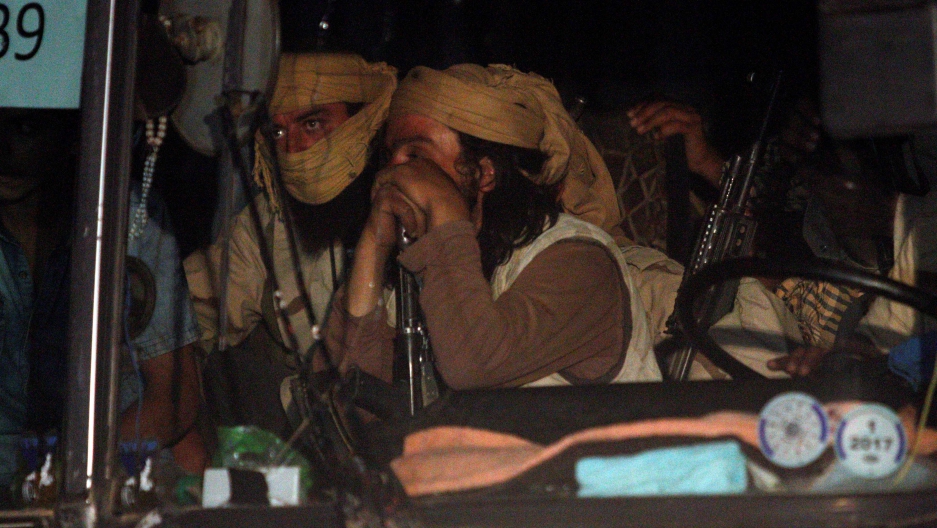 A convoy of ISIS fighters and their families begin to depart from the Lebanon-Syria border in Qalamoun, Syria, on Aug. 28, 2017.

The bedraggled fighters boarded old, air-conditioned buses with the words “Happy Journey” on the side, and set off through the mountains they had occupied for the past three years.

Rather than fight to the death, this time the ISIS militants negotiated a ceasefire — and a way out.

After a weeklong offensive by the Lebanese army, the Syrian government and Lebanese Hezbollah fighters, more than 300 ISIS fighters and about as many of their relatives withdrew from their enclave on the Syria-Lebanon border. The buses were escorted by the Syrian army across government-controlled territory on Tuesday, heading to eastern Syria, near the Iraqi border.

But anger over the transfer deal prompted the US-led coalition to launch airstrikes on Wednesday to block the convoy.

"To prevent the convoy from moving further east, we cratered the road and destroyed a small bridge," US Army Col. Ryan Dillon, spokesman for the anti-ISIS coalition, told the Agence France-Presse. The US military later confirmed the operation to PRI.

Brett McGurk, the special presidential envoy for the coalition to defeat ISIS, hinted at action on Twitter on Tuesday.

Irreconcilable #ISIS terrorists should be killed on the battlefield, not bused across #Syria to the Iraqi border without #Iraq's consent 1/2

“Our coalition will help ensure that these terrorists can never enter Iraq or escape from what remains of their dwindling ‘caliphate,’” McGurk added.

Col. John Thomas, a spokesman for US Central Command, said the convoy itself was not bombed due to the presence of civilians among the fighters.

“We believe we have the legal authority to stop the progress of the convoy. The people in the convoy may not all be valid military targets, there may be civilians with them,” he told PRI.

He added that the coalition was closely monitoring the convoy and where it was headed.

The withdrawal was part of an agreement brokered by Hezbollah, a militant group thought to be more powerful than Lebanon’s own armed forces. The deal also included the return of the bodies of eight Lebanese soldiers who were kidnapped three years ago by ISIS.

The transfer angered some in Iraq, who accused Lebanon, Hezbollah and the Syrian government of threatening Iraq’s security by moving ISIS close to their border.

Saad al-Hadithi, a spokesman for the Iraqi government, told The Associated Press: "Any deals or understandings between the warring parties inside Syria or in the region must take into consideration the security of Iraq and not to lead to anything that poses any threat to our national security."

The border operation brings to an end a three-year ordeal that threatened to drag Lebanon even further into the Syrian conflict. 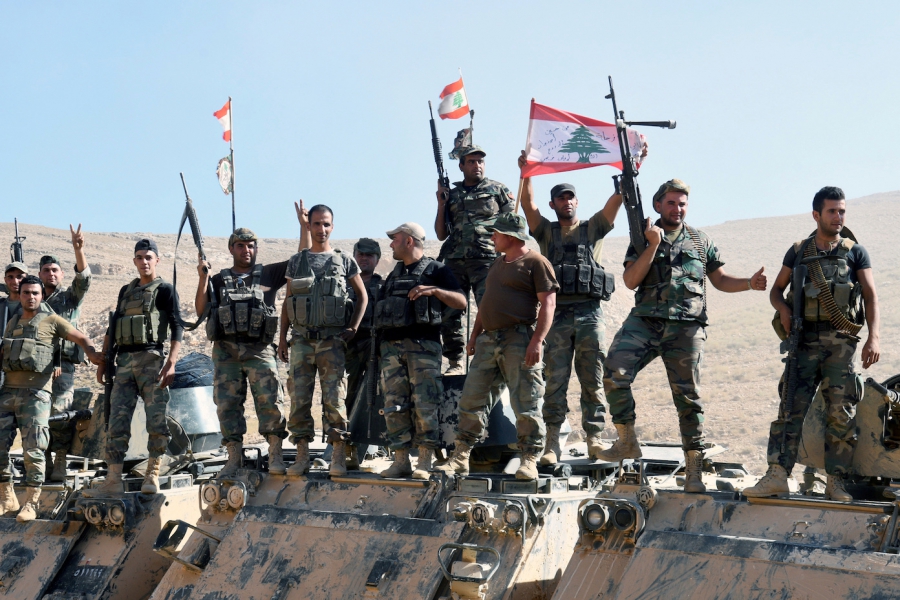 Lebanon has struggled with a spillover from the conflict next door and has been rocked by persistent bombings tied to the war.

In 2014, ISIS and al-Qaeda militants overran the Lebanese border town of Arsal, kidnapping 30 Lebanese soldiers and sending shockwaves through the country. Sixteen prisoners held by al-Qaeda were released in a prisoner swap in 2015, but five were killed. All nine soldiers held by ISIS were executed.

Hezbollah, a Shiite movement founded in the 1980s to fight the Israeli occupation of Lebanon, joined the war in Syria early on to shore up its ally, President Bashar al-Assad, and retain a supply line that runs from Iran to Lebanon. Backed by Iran, the group saw Assad’s survival as crucial to its own interests in the region.

Hezbollah is considered a terrorist organization by the United States and other Western nations, as well as the Arab League. 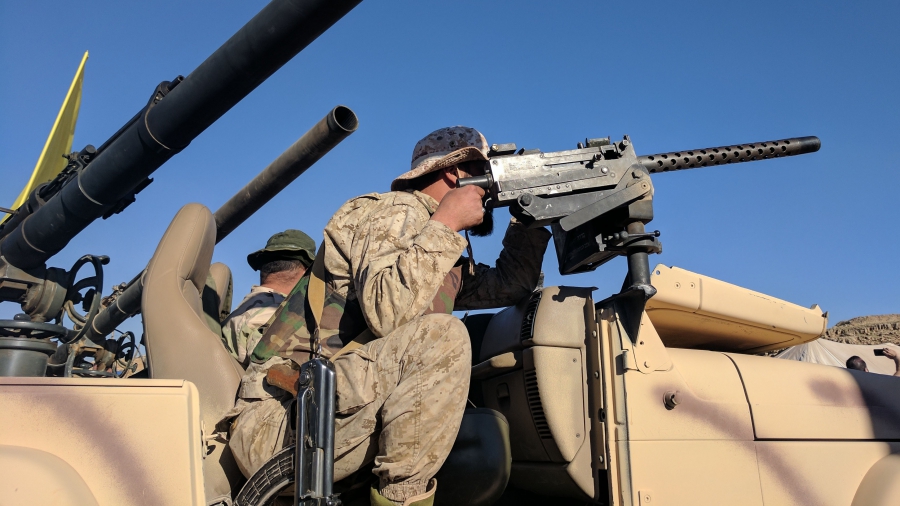 A Hezbollah fighter poses for journalists on a tour of areas recently recaptured from Nusra militants in the mountains between Lebanon and Syria.

Critics inside Lebanon say Hezbollah’s involvement in Syria inflamed sectarian tensions at home and brought jihadists to the door.

Hezbollah’s involvement in the operation against ISIS raises some awkward questions for US policymakers.

The US has provided $1.5 billion in security assistance for Lebanon since 2006 to fight ISIS and provide a counterweight to Hezbollah.

Last month, President Donald Trump stood alongside Lebanese Prime Minister Saad Hariri and praised Lebanon for being on the “front lines in the fight against ISIS, al-Qaeda and Hezbollah.”

Trump also pledged more support for Lebanon, saying, “America's assistance can help ensure that the Lebanese army is the only defender Lebanon needs.”

But since then, the Lebanese army has fought in what are essentially joint operations with Hezbollah against ISIS and al-Qaeda.

The Lebanese army has denied acting in coordination with Hezbollah, indirectly or otherwise. This denial comes despite the two forces launching operations simultaneously — the Lebanese military from the east and Hezbollah from the west.

A US State Department spokesperson told PRI that “the Lebanese Armed Forces has been successfully defending Lebanon's borders and fighting ISIS and other extremists on the front lines.”

“We have long expressed our concerns about Hezbollah’s military operations in Lebanon, which violate UN Security Council Resolution 1701 by defying the international community’s call to disarm,” they added. 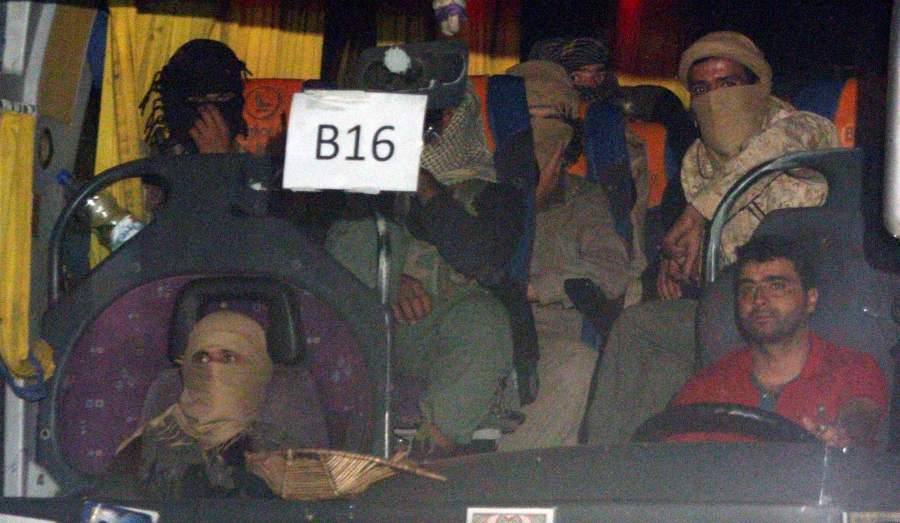 ISIS fighters and their families are pictured aboard buses for eastern Syria.

On Tuesday, the ISIS fighters reached Deir al-Zour province in eastern Syria, near the border with Iraq.

Lebanese Maj. Gen. Abbas Ibrahim defended the deal. According to the Lebanese newspaper, The Daily Star, he told a local radio station that ISIS militants returning “in air-conditioned cars to their countries is permissible because Lebanon adheres to the philosophy of a state that does not exact revenge.” 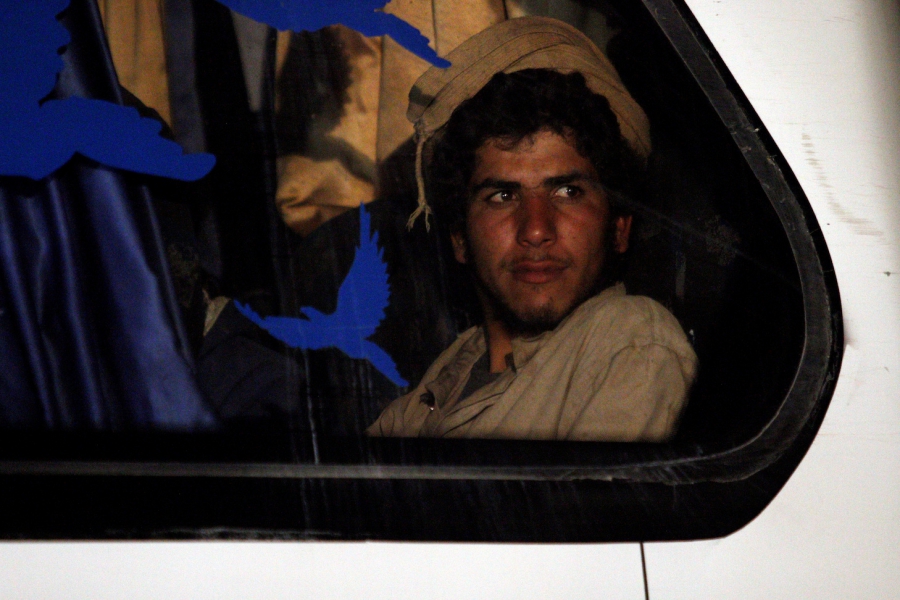 An ISIS fighter is shown in a bus departing from the Lebanon-Syria border zone on Aug. 28, 2017.