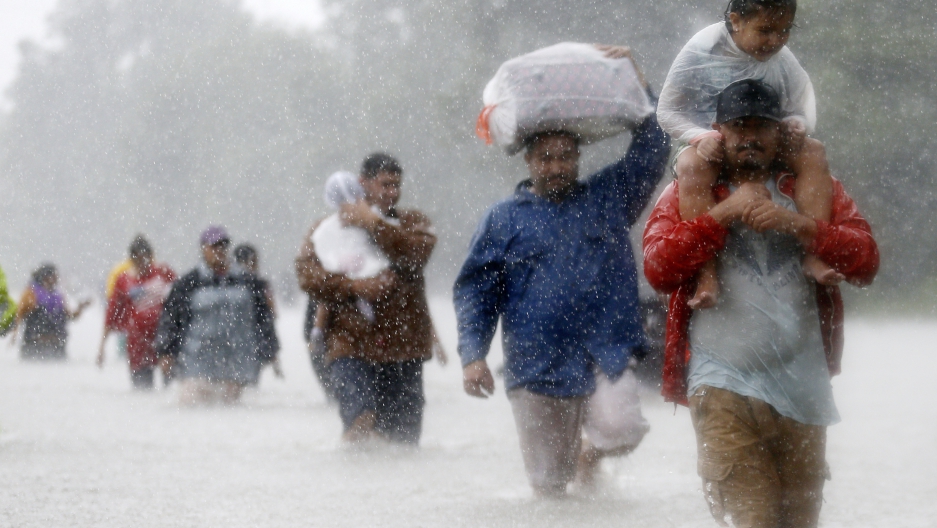 President Donald Trump traveled to Texas on Tuesday to get an up-close look at the devastating damage caused by Tropical Storm Harvey.

Unprecedented flooding has driven thousands out of their homes throughout the region.

In the Greater Houston area, some of those displaced by catastrophic flooding are finding refuge inside local mosques.

“They’re not just people from the Islamic community. We are welcoming anybody and everybody,” says M.J. Khan, president of the Islamic Society of Greater Houston. 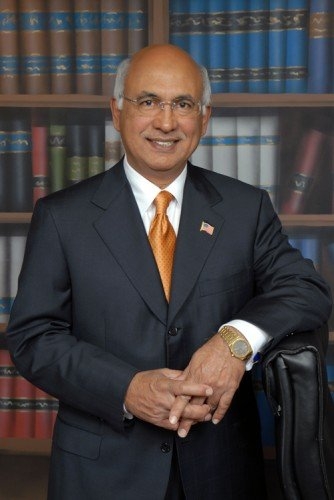 M.J. Khan is the president of the Islamic Society of Greater Houston.

Courtesy of the Islamic Society of Greater Houston

Khan says there are currently a dozen mosques in the Greater Houston area providing shelter, as well as food and other supplies to hundreds of people in need.

“It’s not just adults, healthy males and females who are there. There are elderly people. There are young kids, [and] everybody has a different kind of need.”

ISGH began organizing relief efforts early, before the storm descended on the state over the weekend. Using its large social media networks and other outreach, it solicited supply donations and called for residents in surrounding areas to volunteer their homes and time.

Khan says that those seeking help have been "overwhelmed with the love and care they're receiving" from volunteers — some of whom have been displaced themselves. And he says, he too, has been personally touched by volunteers' efforts.

When he suggested that some volunteers take a break from relief efforts to sleep, they told him, "we can't sleep until these people are in their homes," Khan explains, breaking into tears.

“I've seen story after story where people are just putting out their hearts in these difficult days,” Khan says, his voice cracking. “It's amazing how much capacity human beings have to help and to love.”

Listen to the full interview with M.J. Khan on today's episode of The World.