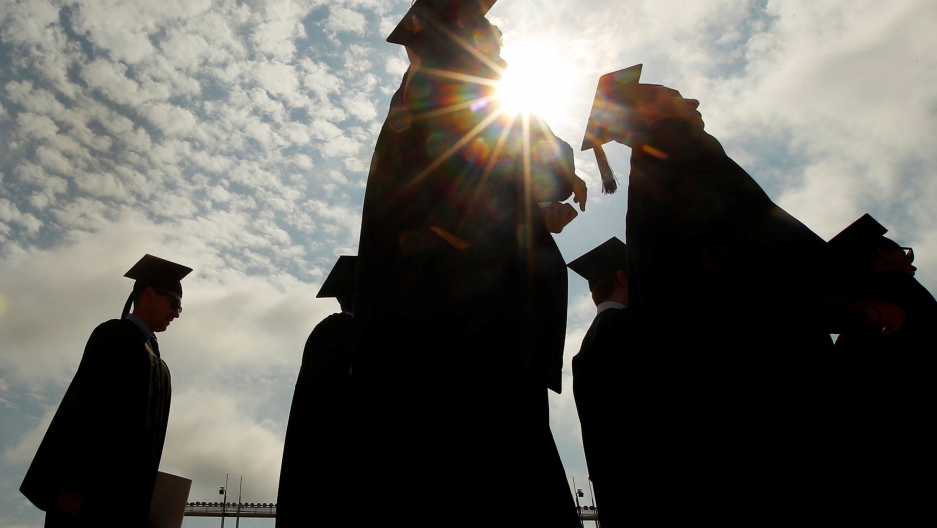 New research from the Center for Global Development suggests the H-1B visa program has been a key factor in a shift in computer science and engineering education for American and Indian students.

Shailesh Chitnis was like many international students from India. He came to the US for an advanced education that would give him a leg up on earning a coveted H-1B visa. The temporary work program allows thousands of highly skilled foreigners to obtain work visas in the US for up to six years.

After graduating from the University of Colorado at Boulder with a master’s degree in mechanical engineering, Chitnis worked for six years as a computer engineer with a visa he received through the H-1B visa lottery. He is now head of product at Compile Inc., a data intelligence company based both in Bangalore, India, and Menlo Park, California.

“[The H-1B program] contributed to the dynamism of the US economy, especially in terms of Silicon Valley, but elsewhere as well,” he says. “The program was motivation for me, and other international students, to study in the US and then have a pathway to work there.”

Chitnis’ is not alone in his experience. New research from the Center for Global Development finds the H-1B visa program has had large net benefits for the US economy and its workers. On average, American workers are better off by $431 million a year in productivity because of it, the study finds.

Indian nationals constitute more than two-thirds of all current H-1B visa holders. The study suggests the H-1B program has been a key factor in a shift in computer science and engineering education for American and Indian students.

Lead researcher Guarav Khanna conducted the study while a fellow at the center. He is now an assistant professor of economics at the University of California, San Diego. He says the H-1B program, combined with the tech boom in the early 1990s and 2000s, changed the way Indian and American students pursued higher education.

“Indian students began investing in these tech skills with the hope of getting job offers from companies in the US through the H-1B program,” he says. “That growing demand created more of an entry for engineering colleges and the expansion of majors that were offered in computer science and engineering fields both in India and the US.”

According to his research, the chance of migrating to the US and earning higher wages meant more Indian students enrolled in computer science or engineering programs. The study analyzed data from US Census Data For Social, Economic and Health Research, National Bureau of Economic Research, Integrated Post-Secondary Education Data System and India’s National Association of Software and Service Companies.

In 2016, US companies looking to hire highly skilled, foreign workers filed more than 236,000 petitions that went into a lottery for the maximum 65,000 H-1B visas available each year. An additional 20,000 visas are offered as an exception for applicants with advanced degrees.

Chitnis says careers in science, technology, engineering and mathematics (STEM) have been widely popular in India since the tech boom of the 1990s because of the potential for lucrative pay; it influenced his choice to immigrate to the US for school in 2000. According to the website MyVisaJobs, which provides statistics for people seeking work visas, the primary sponsors of H-1B visas in 2016 were tech companies. Indian computer specialists were the majority of those selected in last year’s H-1B lottery, and many were graduates of American universities.

While not everyone has benefitted from the H-1B program, Khanna's study suggests the overall gains outweigh the losses for both American and Indian economies. Combined incomes of US and Indian workers both rose by more than $17 billion, a 0.36 percent increase since 1995, which the study attributes to Indian students being incentivized to switched to computer science professions due to the H-1B program.

However, the study points out, there are some drawbacks. Khanna calls them “distributional effects” — meaning the benefits of the H-1B visa program aren’t being shared by everyone.

“The H-1B visa program spurred the hiring of American-born workers in IT managerial positions,” Khanna says. “The tech boom and H-1B program not only created a demand for more foreign computer scientists, but also a demand for other positions related to operating these new companies. So American students started gravitating toward these related STEM majors.”

Some critics of the H-1B visa program argue that it contributes to a brain drain in the home countries of recipients by incentivizing the best and brightest to move to the US. But the study doesn’t support a brain drain premise and instead finds that economic benefits outweighing the costs holds true for Indians as well. Khanna says India has actually experienced what he calls a brain gain.

“[The H-1B visa program] enriched the entire Indian computer science educational outlook and workforce. In fact, many go back to help boost the tech sector in India,” he says.

Chitnis is one of them. After first working out of Compile’s California headquarters, he now contributes to the growth in India’s tech sector at the Bangalore office.

“A lot of these companies have been started by people like me, who were educated in the US but are essentially contributing to the growth of both economies,” he says. “Certainly over the last decade we saw a spurt in Indians going to study in the US. But whether we stay or leave, many of us work at the major tech companies only temporarily before launching startups of our own.”

Khanna adds that immigration under the H-1B program increased the overall productivity of other sectors as well, benefitting consumers of computer-related goods with improved software and lower prices. On average, prices for IT products in the US have decreased by one percent during the H-1B program and 7.4 percent for Indian IT products.

According to a 2009 report from the National Bureau of Economic Research, 50 percent of computer science doctorates in the US are granted to foreign students. Amid political challenges to and debates over the H-1B program, Chitnis now writes about the H-1B debate as a contributor for the Indian business news site, LiveMint. He says this new research may serve as an example of how any changes currently proposed in the US Congress, or a potential elimination of the program entirely, could drastically influence the educational choices of foreign students, especially those studying in STEM fields.

Fewer than 40 percent of students who enter US colleges with a STEM major complete a STEM degree, according to a 2012 report from former President Barack Obama's Council of Advisors on Science and Technology (PDF). That 2012 report also suggests that US educational institutions will need to produce one million more college graduates in STEM fields by 2022 to keep up with demands from the tech industry and economy.