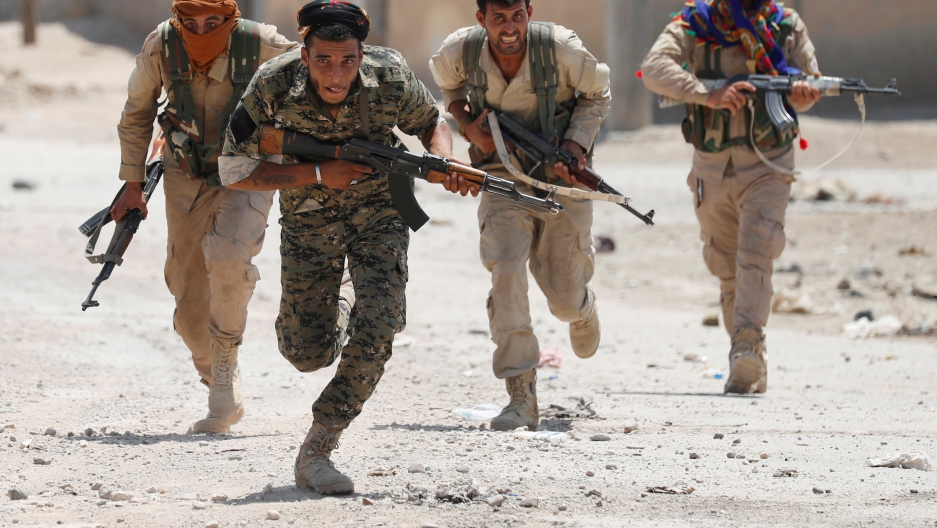 Fighting continues in Syria, where Kurdish troops from the People's Protection Units are facing down ISIS militants in Raqqa, Syria.

Momentum is on the side of the Syrian troops backed by President Bashar al-Assad, as their forces push into ISIS territory on eastern fronts. That's sending the ISIS fighters retreating into their strongholds in the cities of Raqqa and Deir ez-Zor, leaving some midsized towns like Suknah free of ISIS militants.

Although the Syrian government restricts access to much of the country, including the front lines, occasionally a journalist is permitted to travel with the army.

That's how the BBC's Lyse Doucet made her way to Suknah with Syrian government commanders.

Click the "play" button on the audio player above to hear more of the story.