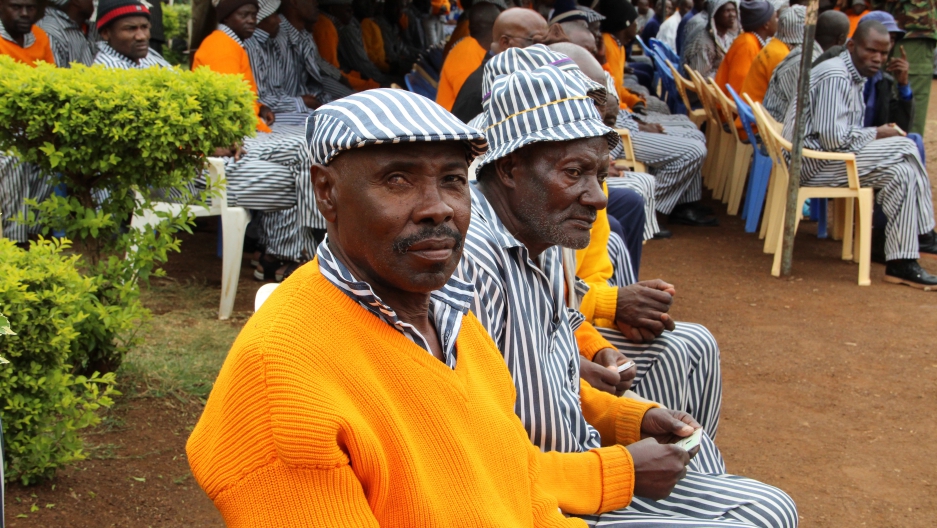 Inmates at Kamiti Maximum Prison in Kenya wait to vote.

It’s mid-morning on election day and the voters waiting to cast their ballot inside Kamiti Maximum Security Prison sit in white plastic chairs in neat rows under the shade of two white tents.

There’s even entertainment: DJ Oxygen — an inmate who doubles as the prison’s resident DJ — is busy spinning a playlist full of bongo love songs. Poised behind his turntables, Oxygen manages to make his mandatory orange sweater and striped trousers look like a fashion statement— especially when paired with his big, gaudy, purple-and-gold rings. 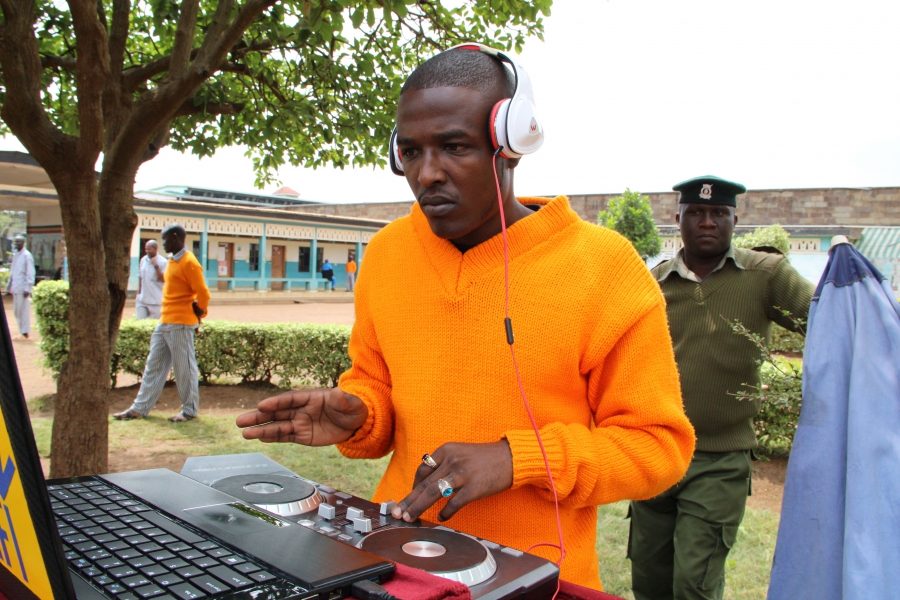 But the most exceptional thing is the voters themselves. They're all inmates at Kamiti. For the first time ever, prisoners in Kenya were allowed to vote for president — a democratic right that prisoners in most American states don’t enjoy.

It all started in 2010 when Kenya held a referendum on a new constitution. Prisoners petitioned and won the right to vote on it.

“They had read the constitution and saw that there was nothing that stopped them from voting,” says John Mwariri, a legal officer at Kituo Cha Sheria. “If you look at the law, it is very clear that every citizen has the right to vote.”

Kituo Cha Sheria filed a petition on their behalf — and won. But, by then, it was too late to register for the 2013 elections. They had to wait until this year — 2017.

Getting prison issues on the table

Things went smoothly on election day at Kamiti ... mostly. This year, the Kenyan electoral commission set up a special biometric system to identify voters. The machine at Kamiti was a little finicky. But, usually, once people wiped their hands four or five times, it eventually worked.

When one person successfully voted, the mass of seated people waiting would rise and move one seat forward — like a game of musical chairs.

Henry Kising’u — the officer in charge at Kamiti — is already planning improvements for next time. He says many of the prisoners had trouble procuring the necessary identity documents in order to be able to register to vote, so he wants to get an early start on that, next election cycle. Also, for the time being, prisoners are only allowed to vote in the presidential election. The Kenyan electoral body, the Independent Election and Boundaries Commission, said that — with inmates sometimes housed in prisons far away from their local constituencies — it was just too complicated to have them participate in local elections.

But in general, Kising’u is pleased.

“I’m very glad to see that they can exercise their constitutional right,” he says. “They also feel that they are being treated as human and as citizens of this country. Voting is an exercise that makes you feel like you belong and that you are respected.”

“I’m really happy today,” Kitur says. “It’s one of the most happiest days. It’s a privilege, a great privilege.”

Kitur is one of the most civically active inmates at Kamiti. Trained as a doctor before his incarceration, he helped found the education system within the prison. Now, he serves as the principal of Kamiti Academy, which offers inmates everything from primary-level education up through higher learning certificates.

He says he and his fellow inmates have been watching the election closely.

“We are very connected,” he says. “We have the television in our room, so after our duties, we go back to the residential block and watch the news. We have also permission to read newspapers.”

He devours three papers a day and watches up to four or five news programs.

This time, Kitur says he voted on economic issues. But he hopes his vote will help get other issues on the table — like sentencing reform. Kenya may have given prisoners the vote, but its legal system still has vestiges of 19th century British colonial law, including a mandatory death sentence for murder, treason, robbery with violence and even attempted robbery with violence. 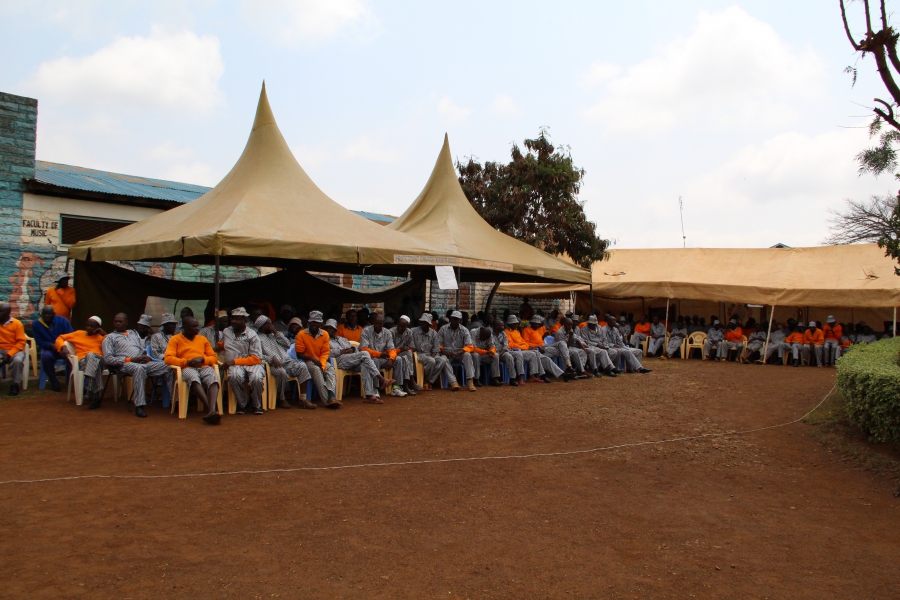 Inmates at Kamiti Maximum Prison in Kenya wait for their turn to vote.

“Before, I was in death row,” Kitur says. “I was facing the hangman’s noose. I was there for almost 10 years — in the waiting chambers, waiting for the hangman.”

Kenya actually hasn’t executed anyone since 1987, but, even if you know that, sitting on death row is still excruciating. Moreover, new prisoners are being sentenced to death all the time.

Kitur is no longer one of them. His sentence was commuted to life in prison during a mass presidential pardon in 2009. In 2016, Uhuru Kenyatta again pardoned death row prisoners. Kitur’s hope is that now that prisoners can vote, politicians will start paying attention to sentencing reform.

“Of late, no one has talked about abolishment of the death penalty, but we are looking forward for the issue to be addressed by at least some of the presidential candidates,” he says.

His dream is to see the elimination of life sentences — meaning that he might have a chance to leave the premises of Kamiti before he dies.

For those at Kamiti, being able to vote is just the beginning.