Back in the mid-2000s, when producer Roy Lee was pitching an American remake of the Japanese horror film “Ju-On: The Grudge,” the original movie didn’t even have English subtitles. In order to shop it around, he and his team inserted their own subtitles based on what they thought was happening in the movie.

“I remember there was a meeting with the original director [Takashi Shimizu] where people were asking him about the storyline, and he had no idea what they were talking about, because we had gotten some of the details wrong,” says Lee.

At the time, he says, neither Hollywood executives nor Japanese filmmakers put much thought into the potential business of buying or selling film remake rights to other countries. But it soon became clear, after the success of Lee’s films — 2002’s “The Ring,” 2004’s “The Grudge” and 2006’s “The Departed” (which won four Oscars, including best picture) — that this could be a surefire formula for success.

Because Lee has been producing remakes for over a decade, he wasn’t expecting the online controversy surrounding his upcoming Netflix film “Death Note,” which premieres Aug. 25. The original manga was set in Tokyo with a Japanese main character, but Lee’s version is based in Seattle and stars Nat Wolff, who is white. The film was linked to previous uproars over other recent Hollywood projects like “Ghost in the Shell” and “Dr. Strange,” which fans felt had either whitewashed Asian characters or missed a prime opportunity to launch an Asian American star.

Lee understands the criticism, but isn’t too fazed by it. 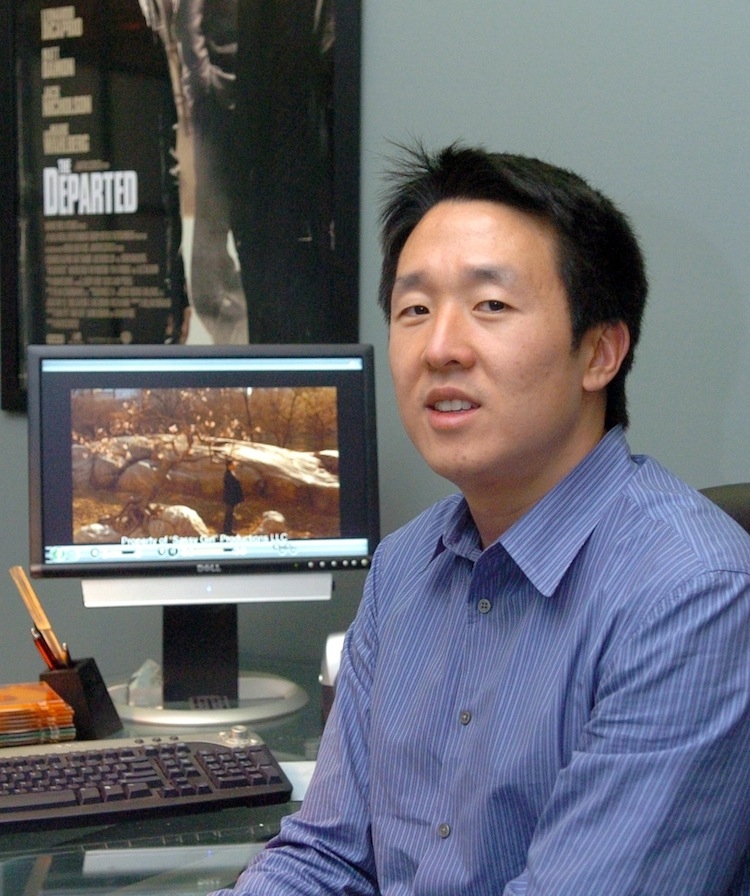 “When something is adapted, it’s different than when there are characters written with a specific race that are being changed,” says Lee. “Chinese remakes of Korean films aren’t expected to have Korean actors. There was a Japanese remake of ‘Sideways,’ and no one would complain that it doesn’t star a Caucasian person. In general, the [Hollywood] studio system is moving toward including more diversity in film — just on a business level, and it’s an issue that’s constantly evolving — but the value system of people saying it has to have actors from the countries where the content was originated from will eventually die down.”

In the past, before video platforms like Netflix and Amazon made it easy to watch films from any country online, most foreign films that made their way to the US were movies that were discovered at prestigious international film festivals like Cannes. They were well respected but often had limited commercial appeal.

Now, when Lee is looking for potential films to remake, he goes straight to each country’s top 10 box office lists. His theory is that if the story is universal enough to make a lot of money, it’s likely it could be universal enough to translate for an entirely different audience.

“The reality is that most people, from all different countries, would prefer their own version [of a film], as long as it’s done in a quality manner,” he says. “Nowadays, whenever a foreign film hits it big overseas, a lot of studios will send someone to watch the movie and see if it can be a potential remake. And producers now consider remake rights as a part of their revenue stream, a potential way of supplementing profit or recouping their expenses.” 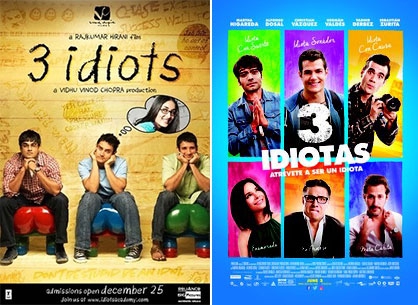 In June 2017, the 2009 Bollywood blockbuster comedy “3 Idiots,” about the misadventures of engineering students, was adapted into the Mexican film, “3 Idiotas.” It was released by Lionsgate and Pantelion Films, which is billed as “the first Latino Hollywood Studio.”

Last June, the 2009 Bollywood blockbuster comedy “3 Idiots,” about the misadventures of engineering students, was adapted into the Mexican film, “3 Idiotas.” The original was the highest-grossing Indian film of its time, starring Aamir Khan, one of India’s most reliable box office earners. (Even now, the current highest-grossing Indian movie of all time is Khan’s 2016 wrestling film “Dangal,” which raked in approximately $300 million worldwide, over half from China.)

The Mexican adaptation, “3 Idiotas,” was released by Lionsgate and Pantelion Films, which is billed as “the first Latino Hollywood Studio.” According to Colin Gunckel, a professor who teaches Mexican cinema at the University of Michigan, the Mexican film industry has been trying to tap into the American market since the 1930s, but has had limited success until Pantelion Films was formed in 2010.

“They’re moving away from the idea of a Mexican theatrical film as an art film and moving toward popular appeal,” says Gunckel.  “And they can do that because they have strategic partnerships that guarantees these films an [international] audience.”

Gunckel points to Pantelion’s partnership with Spanish-language TV channel Univision, where movie-goers can see advertisements for their films. Pantelion films are also accessible to viewers anywhere in the US, whether it’s through on-demand viewing —  Pantaya, the first Spanish-language streaming service in the US was just launched this month —  chain movie theaters dedicated to Latino films, and rentals.

“They’re even in Redboxes in the middle of Michigan,” he says.

Remaking films from other countries that already have proven box office appeal has also been an integral part of Pantelion’s strategy. 2016’s “No Manches Frida,” a remake of the successful German film “Fack ju Göhte” became Pantelion’s second-highest grossing Spanish-language release in the US. They have high hopes for an upcoming remake of 1980's “Overboard,” announced last March, starring Anna Faris and Mexican actor Eugenio Derbez, star of 2013’s “Instructions Not Included,” the highest grossing Spanish language film of all time.

Last year, Lionsgate and Pantelion — taking Roy Lee’s formula to a whole new level — announced plans to partner with companies all over the world to form GlobalGate, which will discover and license content from different countries to for film adaptations for any market. Since its launch, GlobalGate has added 10 companies to its consortium, including film companies in Brazil, France, Turkey and Korea.

“It’s the natural progression of how the business is changing,” says Lee. “And it’s happening quick. Every year, more and more TV show formats are sold to multiple countries, so that these shows can be developed simultaneously. You have game shows like ‘The Voice’ that are being made in every culture.”

But making a cross-cultural remake that is successful both critically and commercially is not as easy as Lee often makes it seem. Even he has had his flops, notably the 2008 American remake of Korea’s hit 2001 comedy “My Sassy Girl,” which went straight to DVD.

“I love ‘My Sassy Girl,’ but translating it to an English-language setting was harder than I anticipated,” says Lee. “There were certain elements that were culturally specific to Asia at the time. [The comedy came from lead actress] Jun Ji-hyun acting totally against norms in Korean society, whereas in the US, it didn’t seem that crazy.”

“3 Idiotas” also ran into certain cultural mistranslations. In the original version, the students’ rebellion against overly strict authority figures was set against the backdrop of India’s high-pressure engineering schools, which suffer from alarmingly high student suicide rates. The Mexican version did away with any mention of students being driven to suicide, presumably because there isn’t an equivalent phenomenon in Mexico.

“In Mexico, there’s really a sense that there’s a lot of corruption in the higher education system, that education is the province of the very rich who can afford to go to these very expensive private universities. So these issues have a different resonance,” says Laura Isabel Serna, a USC film professor and author of “Making Cinelandia: American Films and Mexican Film Culture.” She read Spanish-language reviews of the film. “Some of the most vehement criticism of ‘3 Idiotas’ was that it was hard to empathize with the characters because they were stock caricatures of wealthy students in Mexico who are kind of insufferable.”

“It all comes down to the screenplay,” Lee says. “If it’s a good screenplay, it’ll adapt certain cultural elements to make the story more accessible, and with the foundation of a good script, there’s a greater chance of making a successful movie that’s not trying to cater to any specific audience, but just tell the best story.”

“This is the world we live in now,” he says. “People can come up with ideas wherever they live, write it, shoot it, put it online, and have the possibility that it could be turned into an English-language movie, a Chinese-language movie, or a Spanish-language movie. As long as the story is universal, it can be told by any different culture.”​