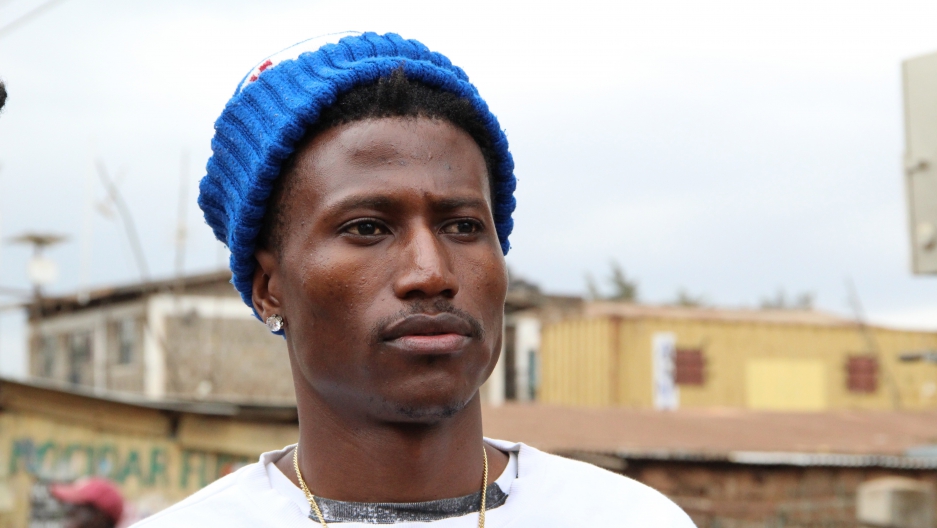 Kenyan rapper Octopizzo grew up in the Kibera slum and still has a house there. He has been speaking out against police violence he witnessed against protesters who congregated in the slum the day after the results of Kenya's election were announced.

On Saturday, Aug. 12, four days after Kenya’s elections, Octopizzo had some tea with his cousin Oloo in Nairobi. Octopizzo is a well-known hip-hop artist in Kenya. When the cousins were done, Octo walked Oloo to a taxi stage where he could get a boda boda — a motorcycle taxi — back home to Kibera, the slum where they both grew up.

Octopizzo went home and flicked on the news.

A day earlier, the Kenyan electoral commission had named the incumbent president, Uhuru Kenyatta, winner of a tightly contested election. Opposition candidate Raila Odinga had protested the result. He maintains that the election was rigged, and he’s taking it to Kenya’s high court.

In 2007, a disputed presidential election sparked horrific violence across Kenya — more than a thousand people died and hundreds of thousands were displaced. To avoid a repeat, the Kenyan government deployed more than 180,000 police officers across the country ahead of this year’s vote.

Kenya hasn't seen a repeat of that kind of violence this time around.

However, after the results came in, worrying reports quickly started to emerge about the police response to opposition protests. Octopizzo (whose given name is Henry Ohanga) heard from friends in Kibera — an opposition stronghold — that police had shot live rounds on Friday night.

Still, Octopizzo says that on Saturday, Aug. 12, everything seemed quiet again. Then, suddenly, the news was about Kibera.

“They had started shooting again like crazy,” Octopizzo says.

He immediately thought about his cousin Oloo, who had just left to head back there.

"I was trying to call him, and he wasn’t picking up," Octopizzo remembers. "And I was like, 'Did my guy get shot on his way there? What’s happening?'"

His cousin still wasn’t picking up, so Octopizzo decided to go — on foot because he was worried the roads might be blocked. 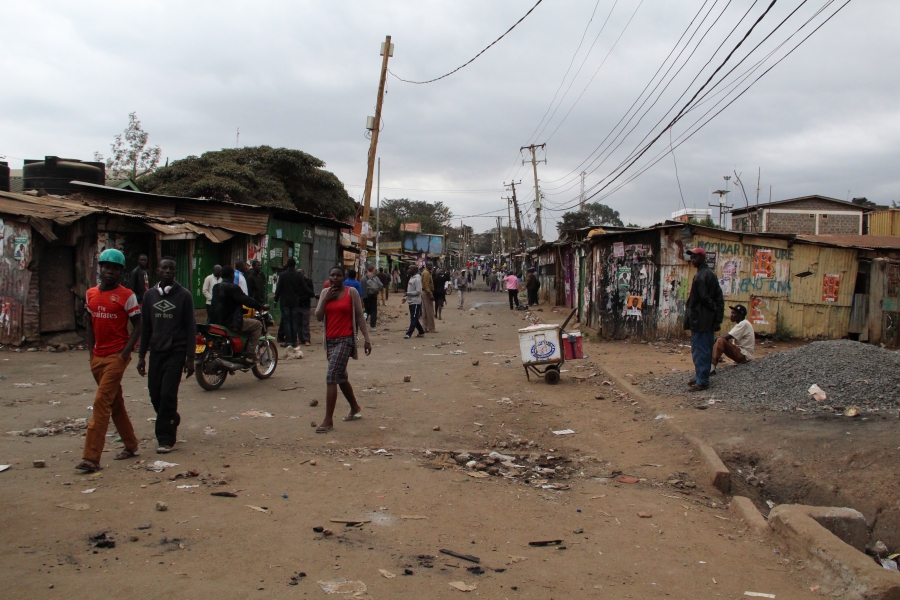 A street in Kibera is pictured here.

On the road into Kibera, Octopizzo finally met up with Oloo. They found themselves near a group of media clustered behind the police. On the other side of the armed officers were protesters — people that Octopizzo knew from Kibera.

According to Octopizzo, these guys didn’t seem to be doing anything violent. He says they were just letting off steam after their candidate, Raila Odinga, lost the election. Odinga was the member of parliament for much of Kibera for more than 20 years and is extremely popular there.

“Those who have won have a right to laugh, to go on the street and lie down and drink,” Octopizzo says. “And those who have lost have the right to go into the street and cry, as long as they were not robbing anyone or burning anyone’s property. They were just burning tires — which is a global thing when people are demonstrating.”

“They shot a man on a boda boda,” Octopizzo says. “He was just coming home from work.”

Octopizzo’s friend, a local photographer, took a photo of the scene. It shows the man with a gaping wound in his thigh.

Soon after, Octopizzo says he saw another police-fired bullet hit a bystander — an old man who was buying milk in a nearby shop.

He says he tried to talk to police, thinking they might listen to him since he’s a well-known musician. No luck.

“They were like, ‘Get away from us! Guys are throwing stones at us, so what do you expect?’” Octopizzo says. “I just wanted to know why they couldn’t use rubber bullets.”

Octopizzo stuck around until he got tear gassed.

Kibera isn’t the only place where this happened — the Kenya National Commission on Human Rights and other rights groups say at least 24 people were killed by police bullets during postelection protests across the country, including an 8-year-old girl who was playing on her balcony.

Over the weekend, the acting Internal Security Minister Fred Matiang’i denied that police fired live bullets at bystanders. Octopizzo says he’s disturbed that authorities maintain police only shot a few looters and wishes that President Kenyatta would speak out more strongly against the police actions and that opposition leaders had spoken out earlier, too.

“When leaders are not speaking about it, people think it is OK,” he says.

On Monday, the streets of Kibera were eerily quiet. Most of the little shops lining the main streets were boarded up. Octopizzo says that people in Kibera are afraid to go out, worried there will be more police raids. He’s organizing a food drive to help those running low on supplies.

Octopizzo has been spending a lot of time in Kibera over the past few days. Even though he knows the place well, he says people have been worried about his safety and asking him why he feels the need to go back.

“Because I have to,” he says. “Who’s going to speak if I don’t? Should I just keep quiet and when it cools down, come up with some hit song and expect the same guys [being persecuted by the police] to dance?

“These are the guys who made me who I am. If not for these guys, no one would ever have known me. They buy my music. They dance to my music. They come to my shows. There are guys here in Kibera who will not eat so they can buy a ticket to my show. How could I sit at home and act like it is all OK? How could I do that when I can speak?”

Octopizzo says for him, speaking out isn’t a choice.

“You know, if you were here in 2007 or if you’ve ever been in a violent place or if you’ve been affected by violence or if you have a friend who died of violence, you can never keep quiet,” he says.