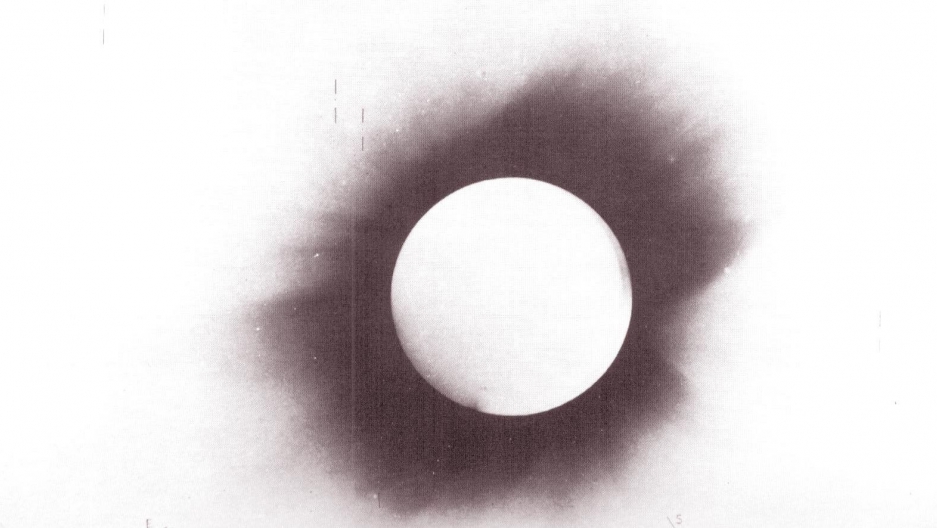 This is a photo of the 1919 solar eclipse from a test of general relativity.

Millions of onlookers may find themselves pausing in awe of the cosmos on Aug. 21, as a total solar eclipse darkens swaths of North America. (And at PRI, we want your eclipse plans, stories and photos.)

Scientists, meanwhile, will be seizing a rare opportunity to gather data on everything from the sun’s mysterious corona to the Earth’s own atmosphere. Their hope for new discoveries is not without precedent: Nearly 100 years ago, scientists used data from another total eclipse to confirm a prediction of Albert Einstein’s theory of general relativity, laying a foundation for modern physics.

“[Einstein] came out in 1915 with his beautiful theory, but of course, this is science — you don’t believe a theory, even if it is incredibly beautiful, unless you can prove it right,” says Carlo Rovelli, an author and physicist at Aix-Marseille University. “And the eclipse of 1919 was the moment in which, I would say spectacularly beautifully, it was proven right.”

One prediction in the theory was that the sun’s gravity could bend light from distant stars. “Instead of moving straight, light could be attracted,” Rovelli explains. “That was his thinking: Space gets curved by a star, and time is slowing down near the star.” (Read Rovelli’s elegant explanation of general relativity here.)

Related: What will we learn from this year's solar eclipse?

“It was quite spectacular, [Einstein’s] prediction, because this is something that was never observed before,” Rovelli says. “And it was coming out from a very long series of deductions on the nature of space, on the nature of time, sort of a 10-year struggle by this solitary — I mean, if there is a moment which we can use the word ‘genius,’ it’s this one.”

And there was the problem of testing the theory. But on May 29, 1919, a chance came: a total eclipse that promised to blot out the sun across portions of Africa and South America.

The experiment was led by Sir Arthur Eddington, a prominent astronomer and supporter of Einstein’s theory. “Very rapidly, he understood general relativity very well,” Rovelli says. “It’s not an easy theory. It took some time, took many great minds to digest it. He understood it, he appreciated it, he got convinced that the theory could be right.” 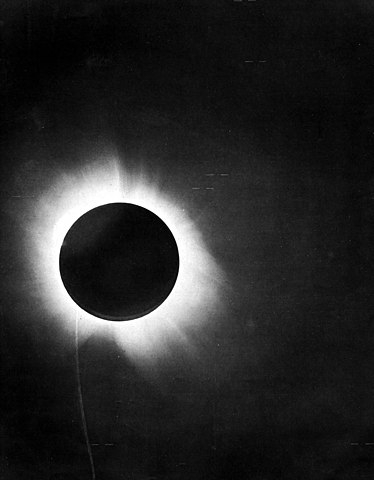 This is a photograph of the 1919 total solar eclipse.

Eddington dispatched teams to Sobral, Brazil and Príncipe, an island off the west coast of Africa, to photograph stars appearing near the sun during the total eclipse when they briefly became visible. When he compared the stars’ apparent positions during the eclipse to their positions in the night sky, he found them to be slightly different, just as the theory predicted. The sun’s gravitational field had bent the rays of starlight by an infinitesimally small 1.75 arc seconds — which, as Wired’s Lizzie Buchen points out, is “the angle made by a right triangle 1 inch high and 1.9 miles long.”

(Also, read about NASA testing general relativity during the eclipse.)

When results of the experiment splashed across newspapers, Einstein was lauded as a scientific hero. To Rovelli, it’s one of the great stories in science.

Related: What’s your game plan for the Great American Eclipse?

“That was a moment in which there was a hope that the war is over, and there’s peace and we live together,” he says. “And this is the accomplishment of a German theoretician and a British experimenter of the opposite side of the big war, after years in which there was hate and violence and fury and despising one another.

“And now, these two men on both sides are collaborating intellectually and understanding one another, [and] could together accomplish this major step ahead in science — it’s a beautiful story.”