The documentary, "Machines," takes the audience into a textile mill in Sachin, India. It is one of film critic Matt Holzman's picks for foreign documentaries to see this summer.

The summer movie season is rapidly drawing to a close. But you've still got two weeks (maybe three, if your summer runs through Labor Day) to squeeze in a couple of new, foreign documentaries. Matt Holzman, the host of The Document, a podcast from KCRW about seeing the world through documentary films, gave The World's Marco Werman a few recommendations.

"Barbecue" is about more than throwing a piece of meat on the grill. It's a ritual performed all over the world. The film "Barbecue" is about eating barbecue in 12 different countries. "In every place in the world, people do this," says Holzman. "They may do it differently. They all claim superiority in it. But there's something universal about it." Don't go into this film expecting a Food Network production. Rather, says Holzman, "it's very meditative. There's a lot of shots of flames ... [the movie] is about the tribal, nationalistic aspect of barbecue."

Rahul Jain's new film takes us into the heart of an Indian textile factory. The "machines" in the title refers both to the hulking machines that are churning out the fabric that becomes our shirts and our drapes, and the laborers who become part of the machines. The film has very little dialogue and no musical score. The soundtrack is the whirring and the pounding rhythm of the machines. "The film has a certain beauty to it, in a repetitive motion kind of way," says Holzman. "But it's also terrible because you see the conditions these people work in, how they are dehumanized, and what it takes for us to get an $8.99 T-shirt."

The best documentaries, says Holzman, "take your preconceived notions, turn them on their head, and inform you about something you realize you already made a decision about, but that you knew nothing about." And this is exactly what "Trophy" does. Directors Shaul Schwarz and Christina Clusiau try to understand what drives big game hunters to spend thousands of dollars to kill endangered species. But the movie, while showing the horrors of poaching, also tells a complicated story of how trophy hunting can actually help conservation and aid local communities. "The film really gets to the issue of how we judge people and stop conversations from happening that need to happen in order to solve really big social problems," says Holzman. 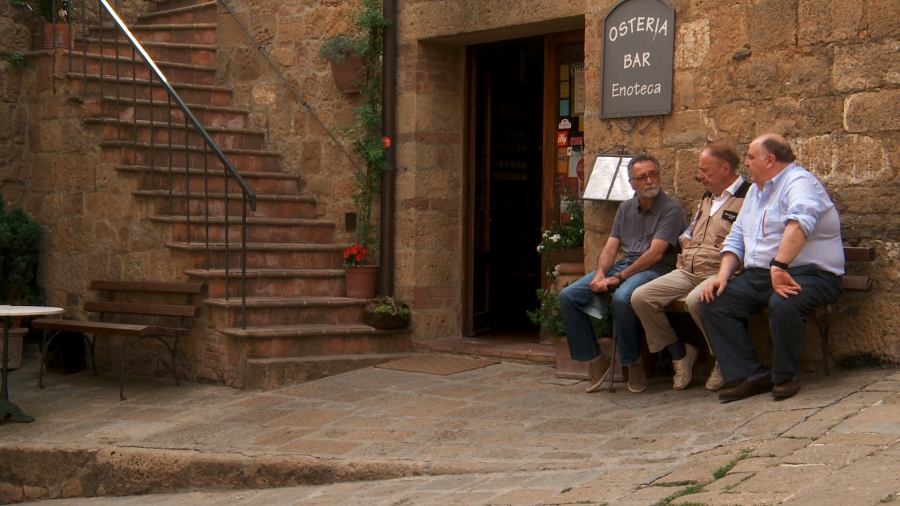 "Spettacolo" takes place in the tiny Tuscany hill town of Monticchiello. For the past 50 years, the townspeople there put on an annual play about the events that mark their lives. "It sounds kind of hokey, right?" asks Holzberg. But it's anything but. The plays in Monticchiello tackle the political and social problems that we deal with worldwide. "The town deals with the financial crisis. And you see that in the play. They deal with a way of life that is being threatened because of the changing economy and the changing nature of the world. And you see that in the play," explains Holzman. What results is a beautiful film. "It really speaks to your heart and makes you think about the state of the world and whether we're headed in a direction that we want to be headed."