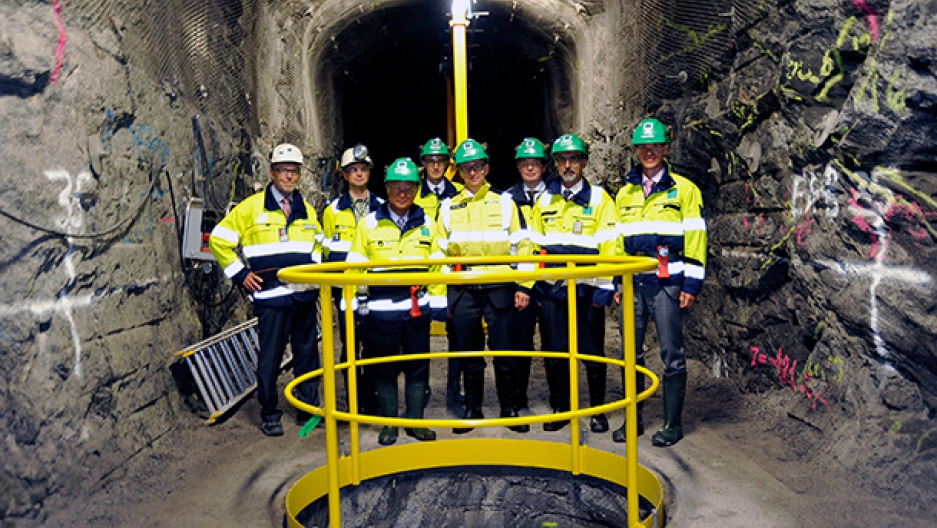 Seven decades into the age of nuclear power, the United States has yet to solve the problem of waste. While the US argues and dawdles, however, Finland says it has found an answer — it plans to build one of the world’s first long-term nuclear waste storage facilities in a labyrinth of underground tunnels.

The Onkalo Nuclear Waste Repository is planned for an island off of Finland’s western coast. According to nuclear policy researcher Matti Kojo, once Finland buries its waste in the tunnels, not much else will need to be done.

“The idea is to more or less forget it. It’s based on passive safety,” he says. “There aren’t any plans to put any kind of warning signs or anything like that. There won’t be anything.”

Before being “burned” in a nuclear reactor, uranium is only slightly radioactive and easily handled. But after burning, the waste by-products, including strontium, cesium and plutonium, can be a million times more radioactive than uranium.

One kind of plutonium is too dangerous to handle without protection for at least 250,000 years. The site at Onkalo will store radioactive waste for 100,000 years.

Unlike in the US, where there is broad opposition to using Yucca Mountain in Nevada for long-term storage of spent nuclear fuel, the project in Finland has widespread support, according to Kojo.

“The local community has quite a close relationship with the nuclear industry,” he explains. “There are local people working at the nuclear power plant and the municipality is also dependent on the tax income from the company. So, we could say that the local community tolerates the waste. In the Finnish culture, in the Finnish society, there is quite high trust in authorities and scientists. And in this case, there is a lot of trust towards the safety regulator.”

So, why is the US having so much trouble deciding what to do with its nuclear waste? Lack of foresight and public engagement are the main problems, says Rodney Ewing, Stanford University professor of nuclear security and environmental studies.

In the earliest days of nuclear power, scant attention was paid to the question of what to do with the waste, Ewing says. This was partly “benign neglect,” but it also stemmed from the hope that used fuel would be reprocessed. The US planned to build reprocessing plants, but the effort was unsuccessful, mostly due to the economics.

“As it has turned out, uranium is not as rare as we thought in the 1950s and early 1960s, so it's much cheaper to just mine new uranium rather than reprocess,” Ewing explains.

In the United States, used fuel currently accumulates in pools and dry cask storage at over 70 nuclear reactor sites in 35 states. Pool and dry cask storage were envisioned to last for only a few decades. “So, I would say if you are a community living near one of these sites, one would be anxious about the fate of this used fuel,” Ewing notes.

Fuel in dry casks probably can be stored in this way for many decades, perhaps up to 100 years, but it “certainly is not an acceptable long-term solution,” Ewing adds. “The idea has always been, around the world, that geologic disposal can satisfy the long time periods that are required.”

But in the US, public engagement around the issue of long-term geologic storage plans has been lacking, as has public acceptance of its urgency. Ewing says a study conducted by the Nuclear Waste Technical Review Board, which he formerly chaired, looked at the history of nuclear waste programs around the world. It found “from looking at the experience of other countries, that this is a very difficult job,” he says. “It's very difficult to engage both the political and public elements in the process.”

“If we look at the countries that are moving forward — such as, Sweden, Finland, Canada and France — a noteworthy characteristic of all of those programs is that the company in charge of the project has a very well-developed program of public engagement that stretches, necessarily, over decades,” Ewing explains.

In the US, with its combined state-federal system and its mistrust of authority and science, finding the right solution may prove to be very difficult, Ewing believes.

“These projects last over decades. They last for longer periods of time than any administration,” he says. “So, if we want to be successful, we have to design a system that can survive the fluctuations of the political sphere and is based on public acceptance from the state on down and a sound technical strategy.”