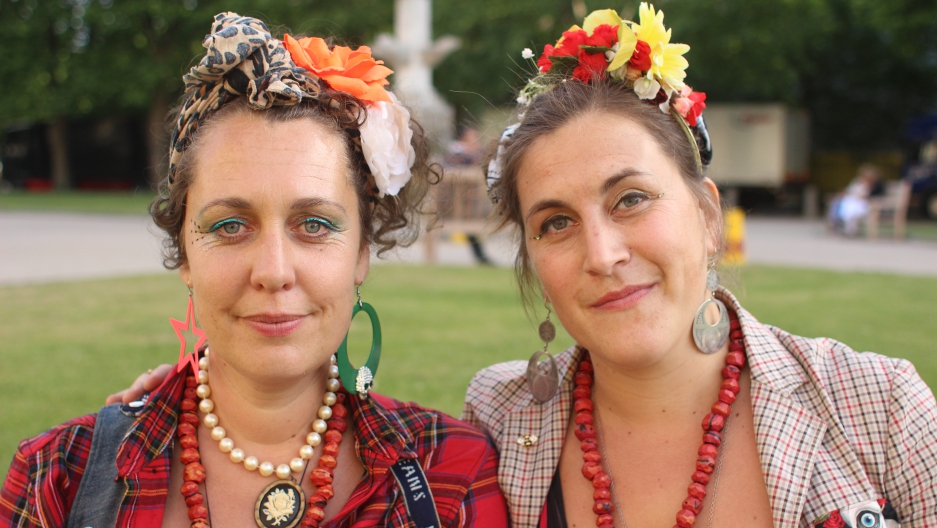 It was 50 years ago that Britain first went psychedelic — a generation of music, culture and creativity becoming refracted through the power of mind-altering substances.

Recently, something of that spirit has been coming back. According to Stephen Reid, founder, and director of The Psychedelic Society, Britain is living through a new psychedelic renaissance. Reid is one of the organizers of London's Breaking Convention — a conference for hundreds of people exploring new forms of consciousness. Workshops and lectures offer explore everything from shamanic journeying and ecstatic dance to conscious kink and maths for psychonauts.

Stephen Reid is the director and founder of The Psychedelic Society and an organizer of Breaking Convention.

"By and large, the substances used are very much the same," Reid says. "Magic mushrooms. LSD. Mescaline. 2-CB, which came on slightly after the others. But the way people use them and acquire them has changed."

The growth of the dark web, where people can anonymously purchase high-quality hallucinogens, has made a huge difference, he says. It's made acquisition of substances quicker, safer and more reliable. "[Pharmaceuticals] will arrive through your letterbox, two or three days later, just as if you'd ordered something from Amazon or eBay."

It’s that "eBayization" of mind-altering chemicals that allow events like Breaking Convention to flourish. There is also a scientific side to this revival. After years of prohibition, serious medical research into the effects of LSD and MDMA is being undertaken for the first time. One area of research aims to see if these substances can be used to help people with post-traumatic stress disorder or mental health issues.

But there is also something very English about the tone of Breaking Convention. Take Karen Lawton and Fiona Heckels, also known as the Seed Sistas, a pair of herbalists who hope to educate people about Britain’s consciousness-expanding traditional medicines. "We do travel back in time," Heckels says. She remembers one particularly vivid experience from the old market town of Hitchin.

"We were on a market stall with all our herbs around us. [And] we had a moment where we were transported back, back, back to the 12th century. We were on the stall with the same herbs, working with the same people. And that was facilitated by the use of cannabis: outdoor, organic cannabis." She pauses. "We weren’t expecting to travel back in time, though."

One of the most popular talks at the Convention comes from the poet John Constable. For years, he has been writing poetry through the voice of a character called The Goose, one of the forgotten prostitutes of medieval London. And the inspiration for the Goose?

"The vision was certainly precipitated by what I've called a heroic dose of LSD," Constable explains. "I wouldn’t advise people to try this — taking a huge dose of LSD. But I would say I took a lot of precautions. And those precautions were to do with trying to empty myself of my own mind, my own chatter, my own [noise]. My own ego. However you call that."

Talking to Constable, sitting out on the lawn by the Thames, you can't help feeling that, for him, the truly mind-twisting experience is London itself. "In many, many ways, London can be called a pagan city. It has all its Christian influences, of course, but it never quite lost the old riotous love of carnival and parties," he says. "William Blake spoke of London embodying spiritual states. And that, to me, is a really powerful thing about cities and their magic because it is about tolerance and openness to new ideas."