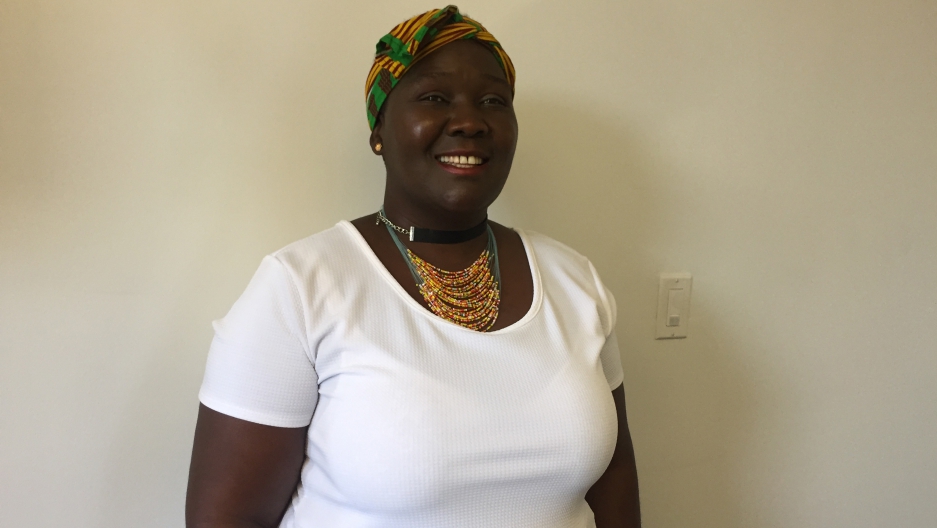 Fainess Lipenga was trafficked by her boss, a former diplomat in the US from Malawi. Now, Lipenga is an advocate for victims of human trafficking.

A half-hour outside of Washington, DC, there's a six-bedroom townhouse with a white portico. It was the house of Jane Kambalame, a diplomat in the United States from Malawi. Her job was to advocate for Malawian citizens. But there was one Malawian who didn't get Kambalame's help: Kambalame's maid, Fainess Lipenga.

For three years, Lipenga was treated almost like a slave. "My life was miserable," Lipenga says. She was forced to work 16 hours a day, seven days a week. She was paid less than 50 cents an hour.

Diplomats in the United States have long taken advantage of visa laws and diplomatic immunity to exploit their domestic workers. A 2008 GAO report found 42 cases, between 2000 and 2008, of alleged abuse of domestic workers of diplomats and employees of foreign organizations in the US. But the report noted the actual amount of abuse was probably much higher because it often goes unreported.

Lipenga started working for Kambalame back in Malawi. Lipenga says at that point, things were fine. Kambalame was a good boss. "It was a beautiful family. First class. There were no red flags," Lipenga recalls.

But once they arrived in the United States, Lipenga says it was like everything changed overnight. Kambalame took away Lipenga's passport and locked her in the house. "She listened on the phone whenever I talked to my family and would disconnect it when she left the house." Lipenga was forced to sleep on the basement floor, and she wasn't allowed to use the family's soap or shampoo because she was told she'd "contaminate" them.

What happened to Lipenga happens all the time, says Martina Vandenberg, founder of The Human Trafficking Pro Bono Legal Center in Washington. "Diplomats have access to a population that's highly vulnerable," explains Vandenberg. "The power imbalance, the class imbalance, the wealth imbalance between the domestic worker and the diplomat are enormous."

What's more, the visa system makes it impossible for a worker to leave an abusive boss. Diplomats bring their domestic workers into the country on what's called an A3 visa. "With this type of visa, the name of the employer is literally on the visa," says Vandenberg. So, workers who leave their jobs lose the right to be in the US and must leave the country. Vandenberg calls the A3 "a license to traffic."

But it's the rules around diplomatic immunity that really make these trafficking cases difficult to prosecute. Top diplomats have full immunity, which means they can commit almost any crime and be immune from prosecution. They can't be arrested or forced to testify in court.

So, lawyers wait for diplomats to leave and then sue them for compensation. (Criminal prosecutions are rarer. Vandenberg thinks this is because the US might be wary of indicting a diplomat from a country that is an ally.)

This is what happened in Lipenga's case.

Lipenga eventually managed to escape from that house. She says one night, her boss came home drunk from a party and forgot to close the garage door all the way. Lipenga slipped under the door and escaped. "It was winter," she recalls. "I went out into the snow in slippers."

She fled to the home of a friend and eventually found help from a local charity. They introduced her to a lawyer, who sued Jane Kambalame once the diplomat had returned to Malawi.

Kamblame never responded to the summons. The court granted a default judgment and awarded Lipenga more than $1 million in damages.

Kamblame did eventually comment on the case against her. She said she'd have to be "some kind of monster" to do what Lipenga accused her of. She went on to say that Lipenga is "taking advantage of the systems in Western countries, making unsubstantiated claims about abuse and trafficking."

Kambalame hasn't paid the settlement yet. And she's never been punished. In fact, she's been promoted. She's now Malawi's high commissioner to Zimbabwe and Botswana.

But Lipenga isn't focusing on that. She's an advocate for victims of human trafficking and encourages others to come forward. "I made it," she says. "I'm standing up using my voice that, yes, there's justice. I beat immunity."