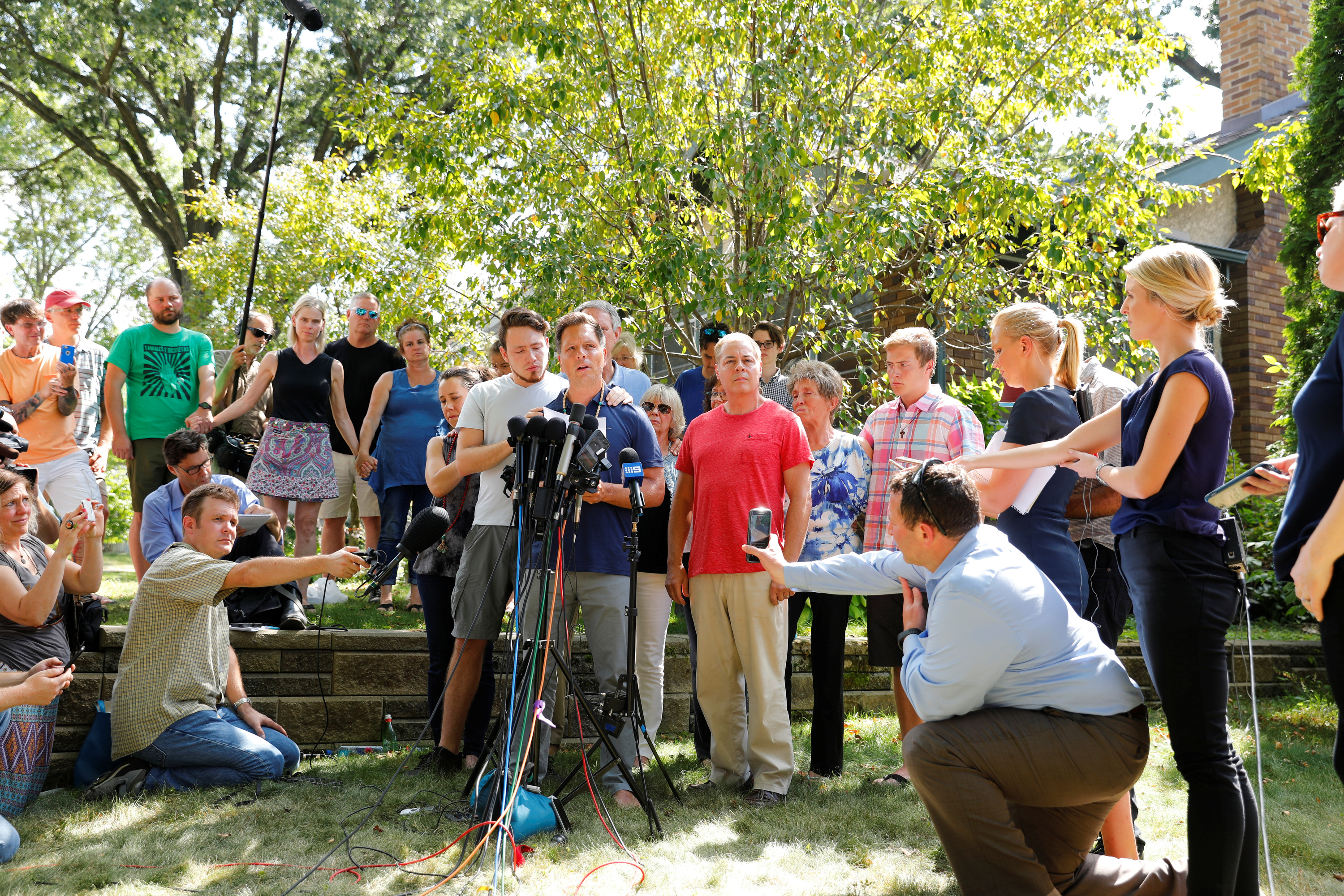 Don Damond speaks to the media about his fiancée, Justine Damond, who was fatally shot by a Minneapolis police officer.

I've been covering protests over police shootings in the Twin Cities since I got here two years ago.

But when Justine Damond was shot by a Minneapolis police officer, it seemed like a very different experience, and not just because of the race, gender and nationality of the victim.

This time, because she was from Australia, foreign correspondents have been jockeying for position in the media scrums and jumping in to ask questions at press conferences. The contrast between how the Australians and local journalists covered the story was immediately apparent to me.

There is still much we don’t know concerning Damond’s death, but basic facts are these: On the night of July 15, Damond called 911 to report that she heard what sounded like a rape occurring behind her house. Damond approached the responding squad car. Then, the officer in the passenger seat, Mohamed Noor, shot her. His partner, Matthew Harrity, the driver, told investigators that he was startled by a loud noise in the moment before Damond approached. 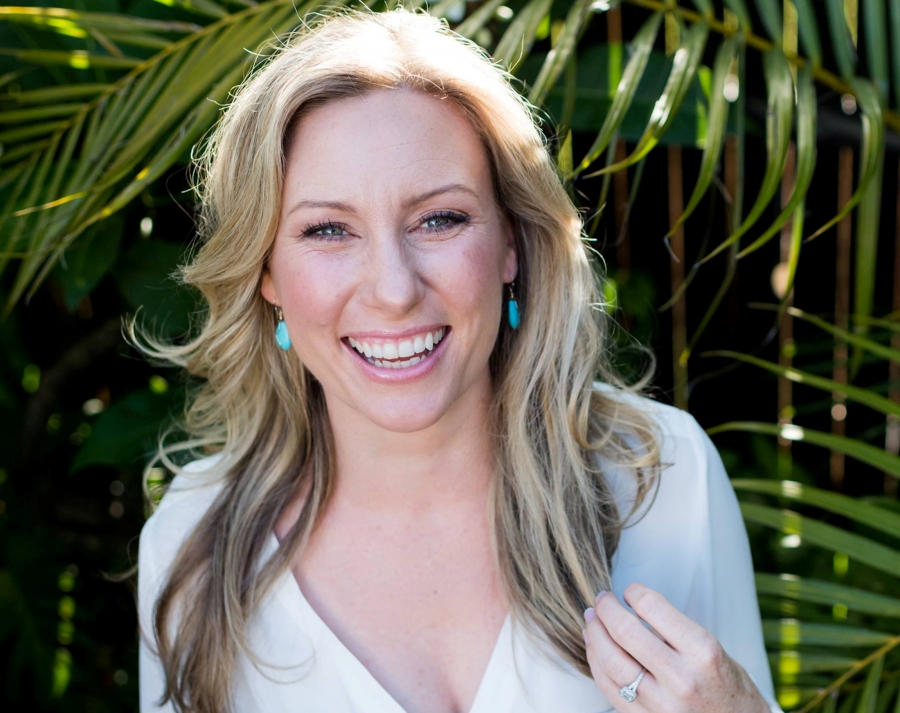 In covering the case, local journalists have been, by the nature of their jobs, more focused on incremental, day-to-day coverage. And in the Twin Cities, we had just gone through two years of covering police shootings of unarmed black men: Jamar Clark by the same Minneapolis police force in 2016 and Philando Castile in 2017 by another, suburban police department. For me at least, there was a sense of déjà vu and knowing the drill — how the investigation would proceed and what to expect next.

But, the Australian journalists brought their outside perspective and with it, a willingness to ask bigger questions. They also had a sense of urgency and outrage that reflected how the story was being received in their country, and they seemed more willing to ask confrontational questions. 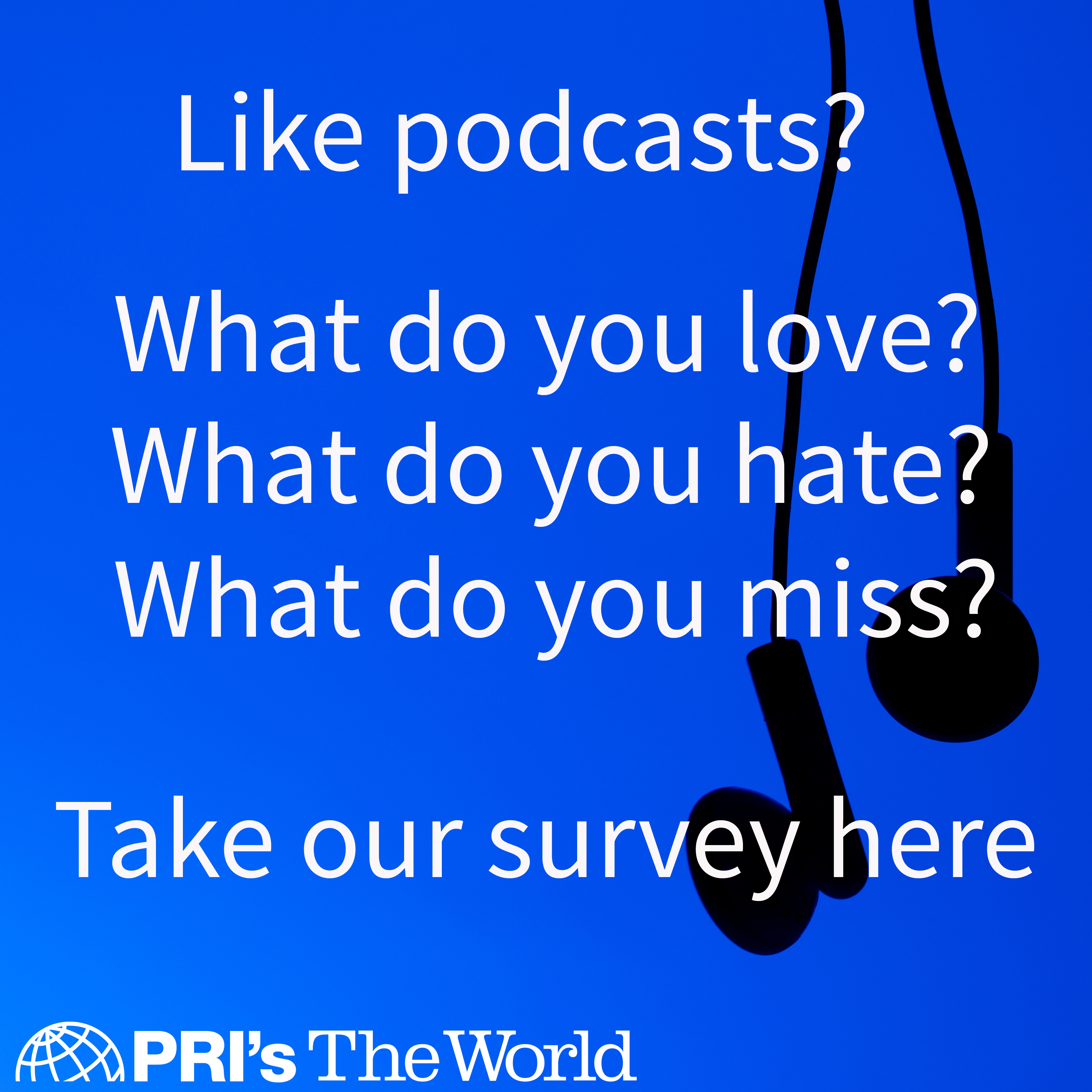 A moment in a July 18 press conference with Minneapolis Mayor Betsy Hodges captured the differences well. She spent much of her time listing off the various reforms the police department had made since the Clark shooting, like increasing training in de-escalation and implementing body cameras (though the officers in the Damond case didn’t have theirs turned on).

"If it's all as shocking as you say it is, why have you got a law-and-order culture in this city where two rookie youngsters are out in a patrol car late at night with guns that they don't seem to know how to use? This goes to the whole question of the culture of policing in this city, doesn't it?” he asked.

The mayor’s response was telling: “I think your question is more about policing in the United States of America, and we are in a country where people have guns.”

That though, was part of the point.

“She was doing the classical American hand-wringing in the aftermath of an event such as this, and at the same time, claiming how brilliant the police force was and how light years ahead of the rest of the country they were in reform,” McGeough explained when I asked him about it later.

For him, and other Australian correspondents in the room that day, the issues of gun culture in the US and police violence are inextricably linked.

“Gun violence is a particular part of the political process that just amazes foreigners. We do not get it. It's an absurdity within a political system that I've often described as a caricature of a democracy,” he told me. “You have massacre after massacre. There is hand-wringing. ‘This is terrible. We must do something,’ and we do nothing.”

There was also something about the tone of his question that made it stand out. Minnesota prides itself on its polite, deferential culture — “Minnesota Nice.” Local journalists here tend to be polite by default. But the Australians come from a different media tradition, as Josephine Tovey, an Australian writer and editor who is also with the Sydney Morning Herald, explained to me in an email.

“Aggressive press conferences are pretty common in Australia, which has perhaps a more confrontational or adversarial press culture, in the tradition of the British press. The tone of interviews and press conferences in America, in my limited experience, seems to be more polite and less directly confrontational, particularly with figures like politicians or senior police figures,” she wrote.

The answers authorities provided after the shooting just didn’t cut it for McGeough.

None of this is to say that local journalists haven’t done their job covering the Damond case. In that same July 18 press conference, a reporter from the Star Tribune asked a direct question about whether race had played a role in the city’s quick response to the shooting when compared to past incidents, and local crime reporters have sources inside the police department that no foreign correspondent visiting for a week could ever hope to have.

In a sense, the relationship is symbiotic. Foreign correspondents have the luxury of focusing on the big picture, and part of the picture they're working with consists of facts uncovered by their local peers. But at the same time, the Australians' presence has shifted the tone in the media pack and helped bring important questions to the fore in a way that can't help but influence local coverage.

There is still much to learn about Damond’s death. There are layers of issues concerning the media coverage, and the role of race and gender, worth discussing. (I wrote about the role of black activists locally and media coverage here.) From what I've seen over the last week, though, if every police shooting had the same kind of international/local media coverage, there might be fewer shootings to begin with. Or, at least, we'd know more about the victims and why they die the way they do.