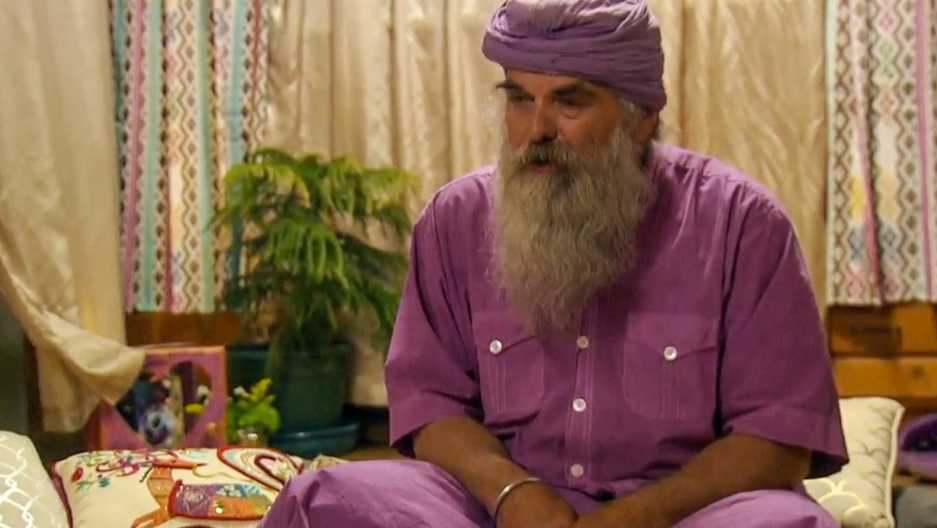 "The Bachelorette" finalist Dean Unglert, took his date to meet his father, pictured, a Sikh convert.

On Monday night, fans of the reality show "The Bachelorette" saw something rare on prime-time reality TV: a practicing Sikh.

One of the finalists, Dean Unglert, took his date, Rachel Lindsay, to meet his father, whom he had not seen for two years.

"I am doing my best to make sure she's as prepared as possible," Unglert said, "but I haven't seen my father in two years so I'm equally nervous for myself and Rachel walking into this situation."

Kate Shellnutt, who wrote about this for The Washington Post, says the last time she saw a Sikh on TV was in "The Office," "in its early seasons when they had a Sikh character who was their IT guy."

There are an estimated 25 million Sikhs worldwide and 200,000 to 500,000 in the United States, Shellnutt reports. But they remain one of the most misunderstood religions in the US.

"Any Sikh appearance [on prime-time TV] is unusual," explains Shellnutt. "Here we have a man who is a white convert to a faith that originates back in India and Pakistan."

The couple meet Unglert's father at a cabin in Colorado. The door opens and Paramroop Singh Khalsa, as Unglert's father is now known, is sitting on the floor surrounded by pillows. He has a long, white beard and is wearing a fuchsia cloak and turban.

In the end, things didn't go well with Unglert and his dad. Unglert had a hard time embracing his father’s life as a Sikh. Shellnutt says it's part of a bigger rift between the two.

"He's putting jabs on his dad for a lot of reasons," she says, "but his faith is part of their tension."

Meanwhile, the Sikhs that Shellnutt spoke with said they liked the fact that their faith was presented on a reality TV show.

"They seemed pretty happy to see a different faith," she says, "to show that their faith has ethnic diversity as well and that Sikhs are human."

Shellnutt says there are those among "Bachelorette" viewers who might have never encountered a Sikh and this is an opportunity to get a conversation about the faith started.