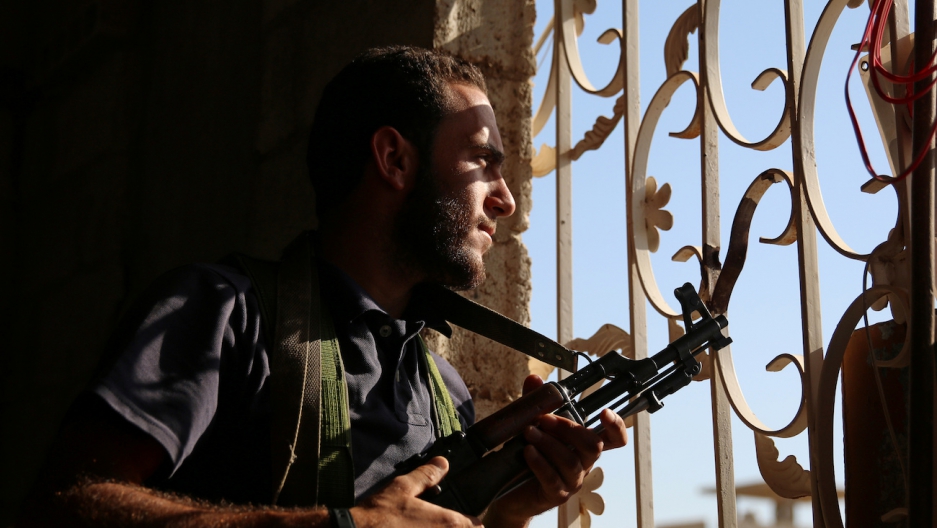 A Free Syrian Army fighter looks out through a window in rebel-held Al-Yadudah village, in Deraa Governorate, Syria, on July 19.

The Central Intelligence Agency is shutting down its program to support rebels fighting against Syrian President Bashar al-Assad, The Washington Post reported.

Citing unnamed US officials, the Post said the four-year-old covert operation has had limited impact, especially since Russian forces stepped in to support Assad in 2015.

President Donald Trump made the decision to drop the program nearly a month ago, according to the Post, after meeting with CIA chief Mike Pompeo and National Security Adviser HR McMaster.

White House and CIA officials declined to comment on the report.

Syrian opposition officials and rebels who have received aid under the program were blindsided by the report, saying on Thursday they had yet to be informed, according to Reuters. A commander of the Free Syrian Army, or FSA, said the move threatened to collapse the more moderate opposition, which would benefit Assad and extremist groups.

“We definitely feel betrayed,” Gen. Tlass al-Salameh of Osoud al-Sharqiya, an FSA affiliate, told The Washington Post in a story posted Thursday. “It feels like we are being abandoned at a very difficult moment. It feels like they only wanted to help when we were fighting [ISIS]. Now that we are also fighting the regime, the Americans want to withdraw.”

The Post said phasing out the CIA program reflects Trump's "interest in finding ways to work with Russia" as well as "an acknowledgment of Washington's limited leverage and desire to remove Assad from power."

The decision came as the US and Russia negotiated a ceasefire in southwest Syria, covering some of the area from which the rebels operated.

The ceasefire was announced on July 7 at the G-20 Summit in Hamburg, Germany, where Trump and Russian President Vladimir Putin held their first face-to-face meeting.

Thousands of Syrian anti-government fighters were trained and armed.

But the US commitment remained ambiguous amid doubts in some quarters that the rebels could actually manage to depose Assad and as attention turned to the rising power of the Islamic State group in Syria and Iraq.

Support for the program further eroded last year after the rebels lost the areas they held in the Syrian city of Aleppo under a brutal Russian-backed government assault.

Agence France-Presse and other agencies contributed to this report.