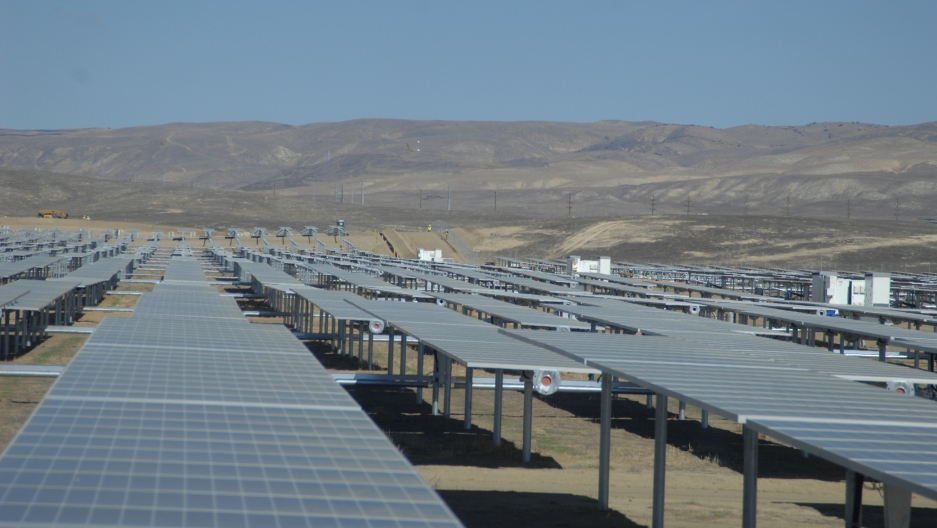 In California, solar power is booming: The state leads the nation in solar production, and for a brief period on March 11, California pulled nearly 40 percent of its electricity from the sun.

But the state’s solar boom isn’t all sunshine, as the Los Angeles Times energy reporter, Ivan Penn, laid out in a recent investigation. To avoid overloading its electrical grid, California has actually paid neighboring states like Arizona to take surplus renewable energy — dozens of times this year.

But the problem, he says, is that California doesn’t have a clear policy to manage all the renewables being added to the grid. “The state is working on it,” he says. “But what that has done has led to us paying other states to take our excess solar power.”

“If they don't need it but we need to get rid of it, then we might have to actually pay them to take it.”

In his article, Penn explains that because the solar energy supply fluctuates — as does the state’s demand for electricity — fossil fuel electricity is still needed to bridge the gaps. “A key question in the debate is when California will be able to rely on renewable power for most or all of its needs and safely phase out fossil fuel plants, which regulators are studying,” he writes.

The holy grail, he says, is being able to store solar energy for use when the sun isn’t out. “Batteries, of course, is what we're looking at,” he says. “And getting that where it needs to be, both residentially and utility-scale — that has been a focal point.”

Already, he says, batteries are getting cheaper — just like the cost of solar power. In May, Arizona utility Tucson Electric Power inked a deal to buy enough solar energy to power 21,000 homes. The deal includes storage and will reportedly cost the utility less than 4.5 cents per kilowatt-hour, according to the website Utility Dive. Penn calls it “a historically low price.”

“Obviously, the fracking boom brought natural gas lower than coal, and that's been a big challenge for coal,” he says. “But what you've seen with the solar and the battery combination in Arizona is a price that was actually lower than natural gas.”

“It has stunned the industry, that that kind of price can come in,” he adds. “Because batteries were viewed as still too expensive, but that seems to be changing.”