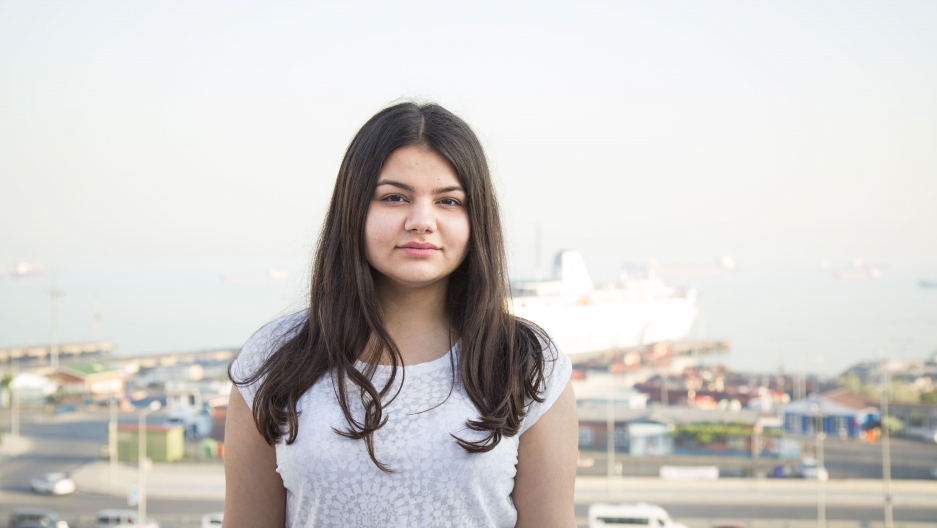 Loury Rasheed, 17, and her family fled Aleppo in 2012. In Istanbul, her family relies on her salary to live more comfortably. When she first arrived in Istanbul, she was working with her dad in a factory that manufactures clothes. She now works in retail, in a mall, where she is translating Turkish for Arabic- and Kurdish-speaking customers. She earns about 1,500 Turkish lira ($424) a month. She taught herself Turkish and is working to improve her English. Her brother Jan, 13, attends a Turkish school.

Loury Rasheed is just 17 years old, but she looks and sounds older than her age. That might have to do with the fact that Loury has been working instead of going to school for nearly five years. Her family fled their home in Aleppo back in 2012, in the early days of Syria’s war. At the time, the crisis was considered to be temporary, and Syrian kids weren’t registered in Turkish schools.

Today, the Turkish government has teamed up with the EU and UNICEF to get Syrian kids registered, and they hope to get 230,000 kids into Turkish schools by the end of the year. Loury’s younger brother, Jan, is one of those kids.

But Loury still needs to work. Her dad doesn’t earn enough as a textile worker to keep up with Istanbul’s high prices, and her mom has health issues that stop her from working full time. So instead of going to school, Loury started working at the textile factory with her dad when she was 13. 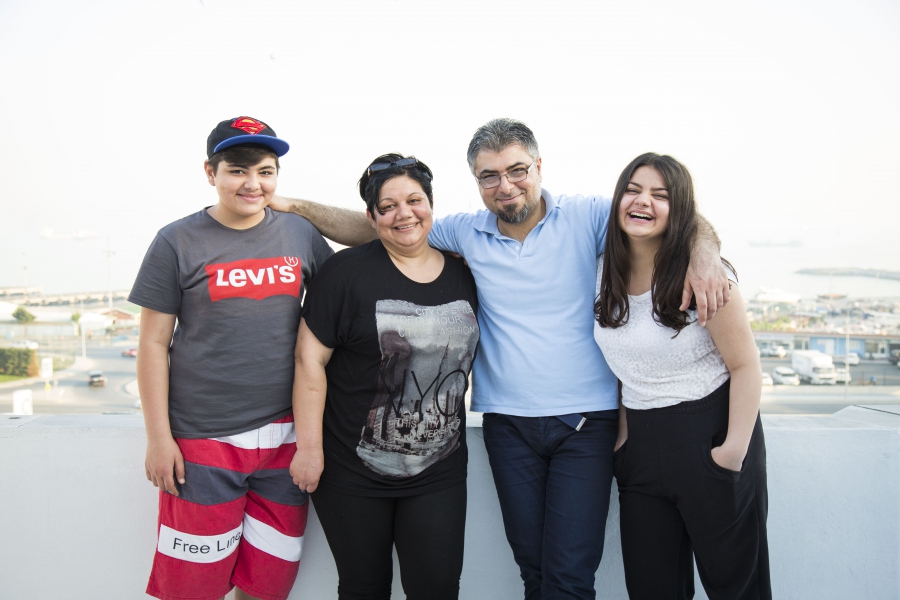 From the left, Jan, Souad, Nezmy and Loury pose for a photograph outside their home in Istanbul.

For one, she taught herself Turkish by watching shows on YouTube and learning the lyrics to Turkish songs, serenading her family with ballads by famous Turkish singers. She has also been working on her English through a workbook her friend gave her, reading sentences like, “The girl in the red dress is beautiful,” over and over to master American pronunciation.

In fact, Loury's language skills got her out of the textile factory and into her job as a translator. She hopes that with English, she’ll find even better opportunities. 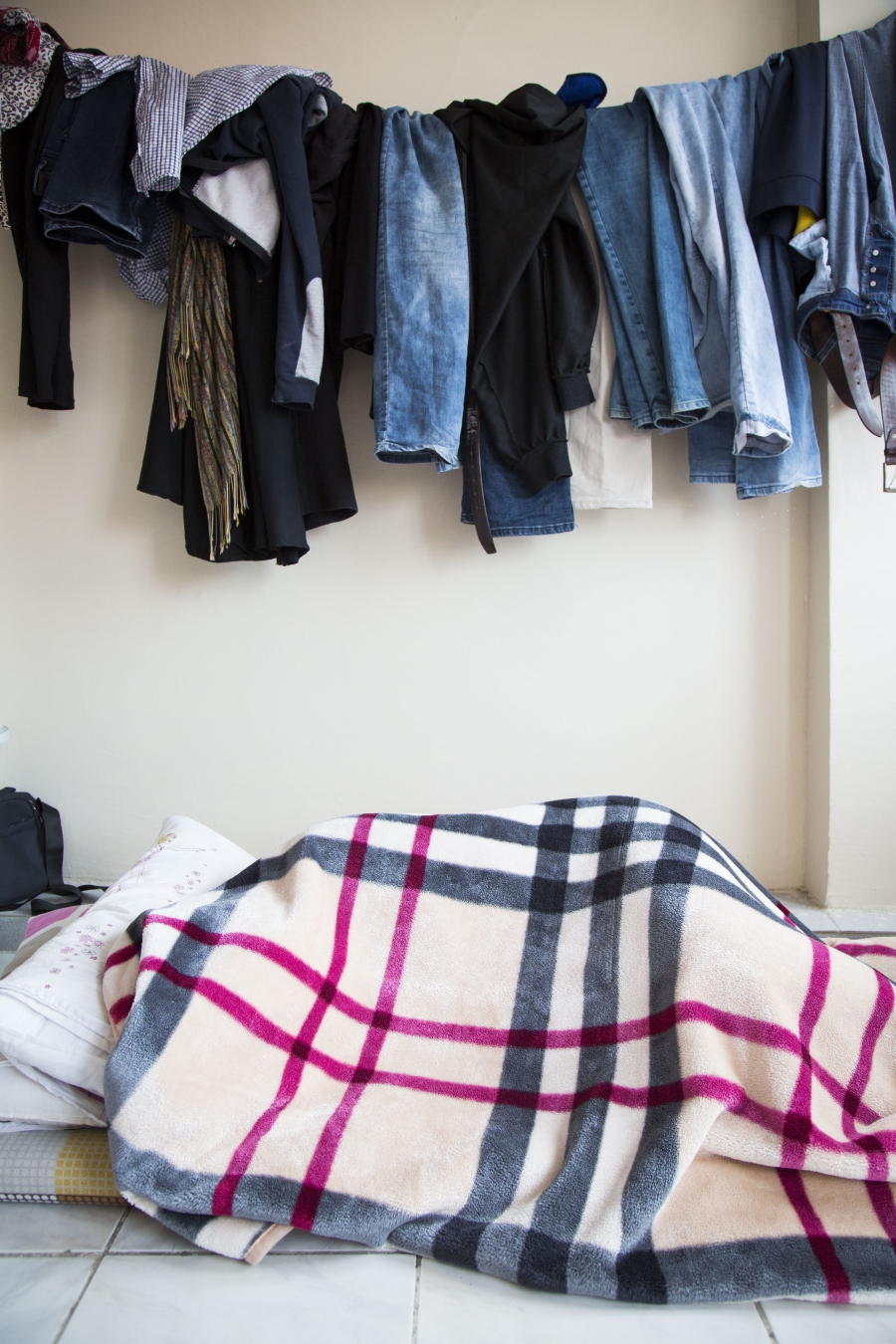 Loury, 17, takes a nap during Ramadan.

In the meantime, she says she’s really glad that Jan, who is 13, is back in school. She says that at least in Aleppo, she went to school for long enough to learn how to read and write. “Studying isn't something I really need at this point, but Jan really needs it,” she insists. “He's still young,” she adds, as if the age difference between them is more than just four years.

Loury is clearly more mature than her age, but she has moments when you remember that she is still 17. During a brief break in our interview, Loury stops, slightly pouts her lips and poses for a selfie. “My friends tell me, ‘You're like Kendall Jenner,’” she giggles. 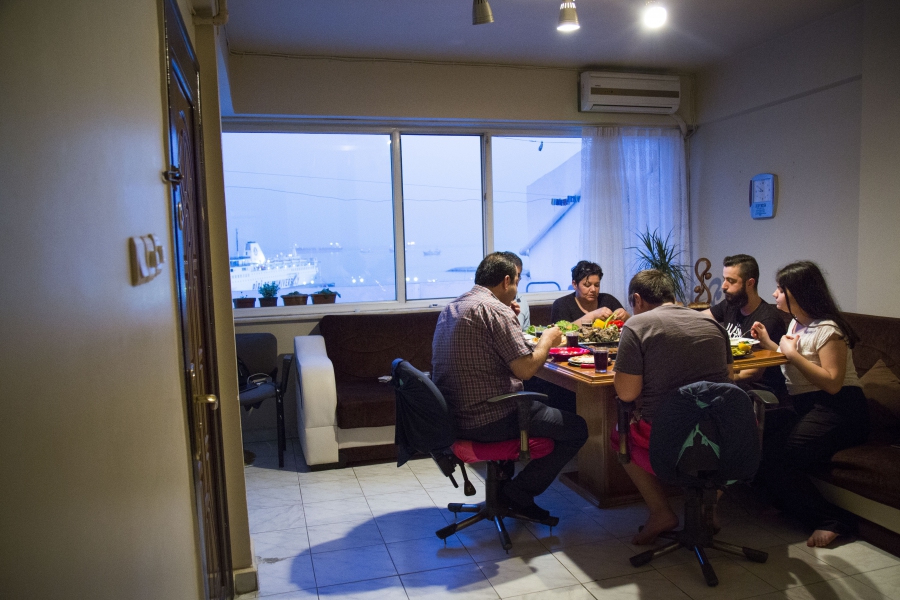 Nezmy, Souad, Jan and Loury share a meal with two friends from Syria during Ramadan.

But just as quickly as she snapped her own photo, Loury transforms back into a teen who is wiser than her years. “I will do anything as long as Jan continues his studies,” she says, seriously. “I hope he lives a better life than I have lived” — one in which he can have dreams and the hope to accomplish them.

For Loury, while she once dreamed of getting back into the classroom, she says that goal is too trivial now. Or rather, she has channeled her ambitions in a different way.

“[Syrian children] have been deprived of our rights,” like the right to study, and to dream, Loury explains. “We don't have any rights, and I want to work towards something bigger, to restore those rights.”

Reporting for this article and video was supported by The Malala Fund.  The journalists are contributors to The Fuller Project for International Reporting 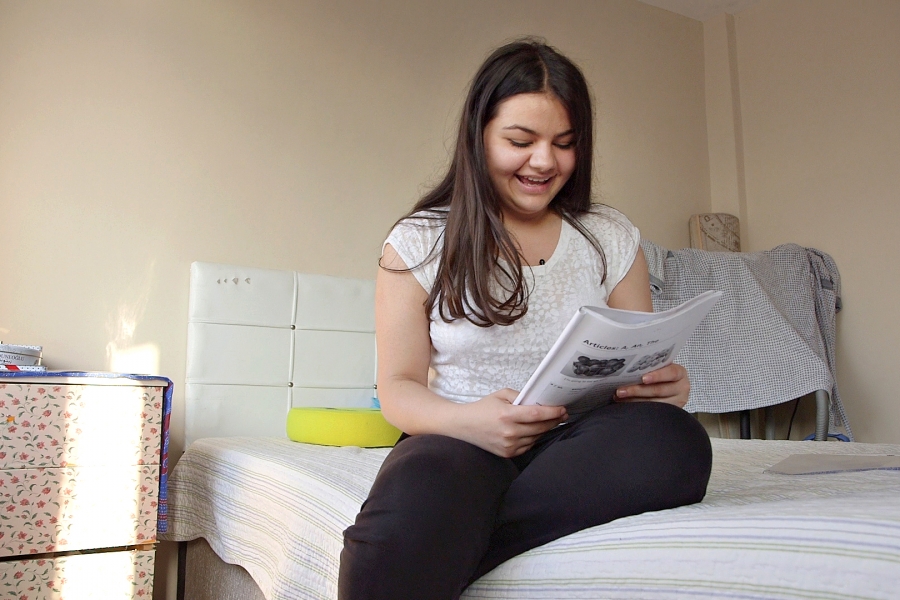