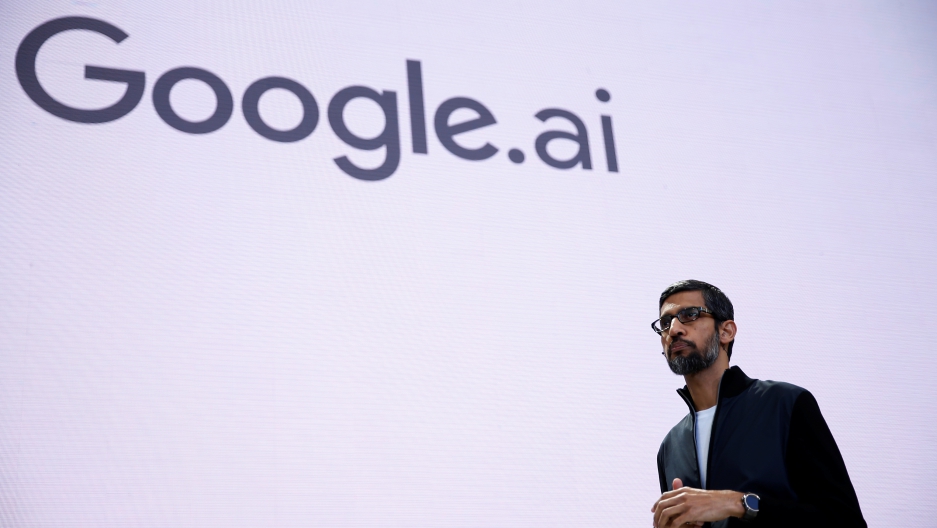 Google CEO Sundar Pichai speaks on stage during the annual Google I/O developers conference in San Jose. Pichai immigrated to the US from India.

The US “startup visa” has been delayed before it could go into the effect — possibly permanently — and the technology industry isn’t happy.

President Barack Obama approved the International Entrepreneur Rule last year during the final weeks of his administration. The rule, which was meant to go into effect on July 17, would have established strict guidelines that allow foreign entrepreneurs with significant financial resources to build their companies in the US.

“This is really an idea that had some bipartisan support,” says Nick Wingfield, a technology reporter for The New York Times.

And the tech industry was on board. According to a 2016 report by the National Foundation for American Policy, people born outside the US have founded more than half of the startups in the US valued at $1 billion or more.

Venture capitalists and others in the field want “an easier pathway for these entrepreneurs to come to the United States,” said Wingfield, so they can keep reaping the benefits.

But the Trump administration’s stance on immigration means that the startup visa’s chances aren’t looking good. Department of Homeland Security officials have delayed the implementation until March 2018 because they say it’s inconsistent with the executive order on immigration President Donald Trump signed back in January. The department will be taking public comments about their decision, but it’s likely the International Entrepreneur Rule will be eliminated by next spring.

The tech industry is pushing back, though. Other countries are trying to attract the best and the brightest, and the industry in the US wants this country to stay competitive.

“They're very concerned,” said Wingfield, “that this is going to ... send a message to talented entrepreneurs, and perhaps engineers, that they're not welcome in the United States, as they once were.”