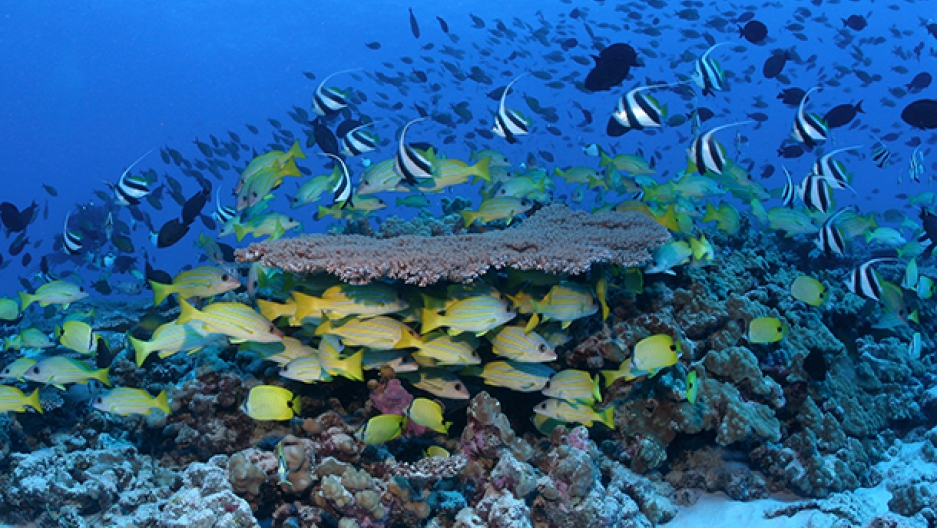 After an 11-year campaign, Hawaii state legislators recently passed a bill to ban the capture and trade of wild reef fish within the archipelago. Recently, Gov. David Ige announced he intended to veto it.

Ige said, "it would be premature to ban aquarium fish collection before more studies are conducted," according to The Associated Press.

Robert Wintner — or, as he’s known in Hawaii, Snorkel Bob — has been one of the forces behind the drive to protect the colorful creatures of Hawaii’s coral reefs, which are all too often at risk from destructive trafficking that destroys or damages coral reefs and fish populations. He says most fish owners have no idea where their tropical fish actually come from.

“Most people don't think about it at all, and if they do think about it, they think somebody somewhere is raising these fish, and they're not. This is wildlife,” Wintner explains. “The aquarium trade is a $4 to $5 billion industry. They will say anything they need to say to keep it going. Hawaii has always been low-hanging fruit for the aquarium trade.”

Wintner says the the aquarium trade is “a last vestige of wildlife trafficking to serve the pet trade in the world.” Hawaii's Department of Land and Natural Resource claims it is sustainable, while simultaneously issuing “an unlimited number of permits to an unlimited number of collectors, and those collectors can take every single fish off any given reef,” he argues.

It is a surprisingly contentious issue, Wintner says, with a lot of bad feelings on both sides, and getting a bill passed was tough. In the past, the bill’s supporters sought a total ban, but this year they came up with what they felt was a compromise: grandfathering in current collectors.

“There are only 50 of them who are active,” Wintner explains. “So, this year was a huge breakthrough, because we literally undermined their challenge of, ‘You're hurting our families.’ That’s why this bill got through. We got through six legislative hearings, in both the House and the Senate. That led all the way to committee conference." 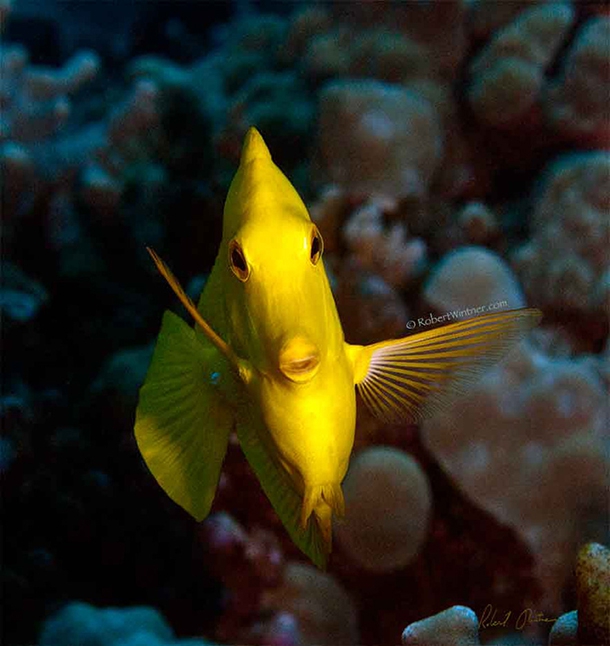 A Yellow Tang swimming in to say hello.

The Yellow Tang is Hawaii’s most targeted fish and its population has plunged in recent years. “The Kona Coast used to be called the Gold Coast, because of its perfectly crystal blue water,” Wintner explains. “When the shore break came in and the waves would rise to a crest, you could see through them. In those waves would be hundred of thousands — or millions — of Yellow Tangs. They're not there anymore. They're taking anywhere between two and 10 million Yellow Tangs in a year.”

Other high-end fish include the Bandit Angelfish, which sell for up to $1,200 each. These used to be plentiful, Wintner says, but no more. A Dragon Moray Eel can sell for $1,000.

Hawaii DNLR officials used to report a “take” of about half a million fish. Now they report about a million.

The actual take, Wintner says, is between two and five times the reported take, in the neighborhood of six or seven million a year. Even if the current bill becomes law and these wild fish are labelled illegal for export, Wintner harbors no illusions that the take will be reduced to zero, “but we'll bring it down from the millions to a few thousand,” he says. "We will see recovery.”