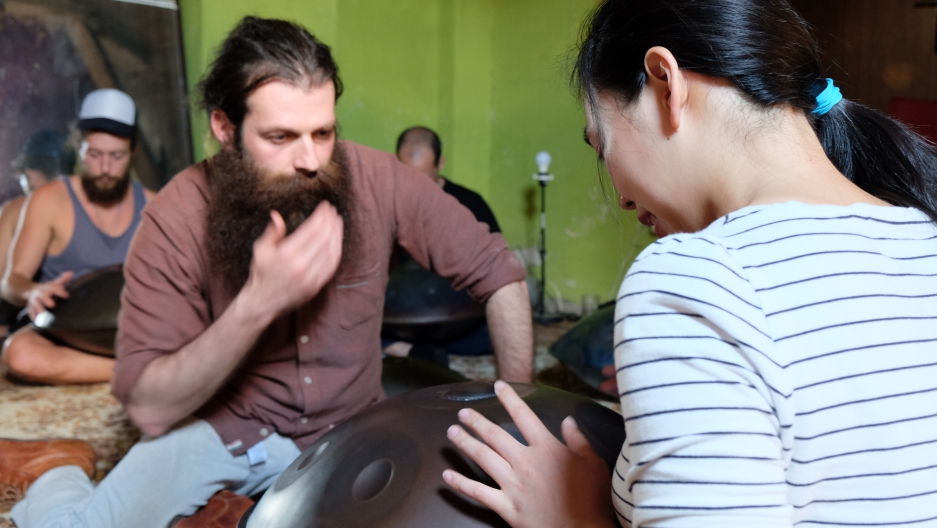 Ukrainian musician Zhenya Topov teaches handpan now but remembers how mysterious the instrument seemed the first time he saw it.

Topov decided he needed it in his life, and he bought one. He became a traveling busker, playing handpan on the streets of Europe. A few years later, he had become good enough, and handpan internationally well-known enough, that he started giving workshops at a fashionably falling-apart artist collective in Berlin.

At a recent workshop, five students, all millennials, have kicked off their shoes and are sitting on the floor in a circle. In the middle are objects that look as if they've landed from outer space.

"People always say the same thing, you know," Topov tells them. "'Oh, it's a UFO.' Or, 'Is that a wok? Can you cook in that thing?' Sometimes, 'It's a turtle shell.' Especially when you're carrying it: 'Are you a Mutant Ninja Turtle?'"

The handpan does look a little like a steel drum, popped out. But instead of using mallets, you play with your hands, striking the sheet metal top with your fingertips. The instrument has between seven and 11 notes: they're a ring of shallow dimples, the lowest note a dome in the center.

"There are secret spots in the instrument," Topov says. "Every note has harmonics, as well. There are things you can do to mess around with the sound a bit."

Topov passes out the handpans, each weighing about 10 pounds, to put in their cross-legged laps, like a yoga hip stretch. Just go for it, he says. 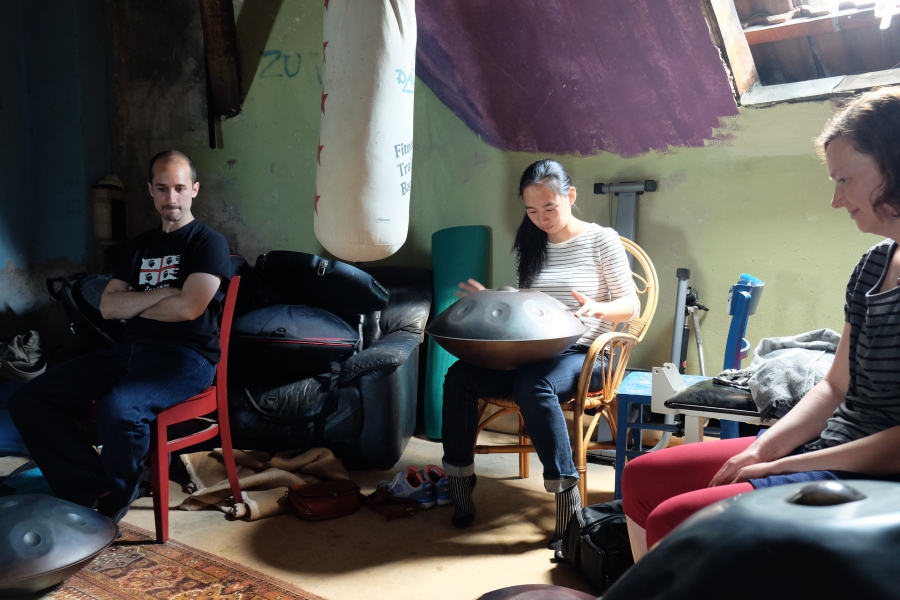 Toward the end of the workshop, Luting Pan soloes as the rest of the class listens.

Luting Pan, from China, is mesmerized.

"It reminds me a lot of the mountains and the rivers and nature," she says. "And that's also the reason why I love it and want to learn it."

If that comes off a bit culty, it's because handpan has a following. The original — the Hang — was invented by two Swiss artists in 2000 and quickly went from obscurity to coveted object, a bit like a Birkin bag of world music. But it's easier to get a handpan than it used to be. There are at least 140 craftspeople, working everywhere from Argentina to California.

"The instrument is kind of exploding at the moment," said Topov, who thinks handpan will replace the acoustic guitar as the instrument of choice for street musicians.

Jeremy Bugatti, from France, brought his own handpan to class. He searched the world for years, before getting it. He wrote letters to the Swiss inventors and got no answer. He emailed a Russian maker who didn't reply. Then one from Ukraine put him on a waiting list. Finally, 18 months and a few thousand dollars later, Bugatti owned a handpan.

"It's kind of luck," he said. "But if you really want it, you get it. What I like about this instrument is, it teaches you to be patient. To like, to really, like not freak out." 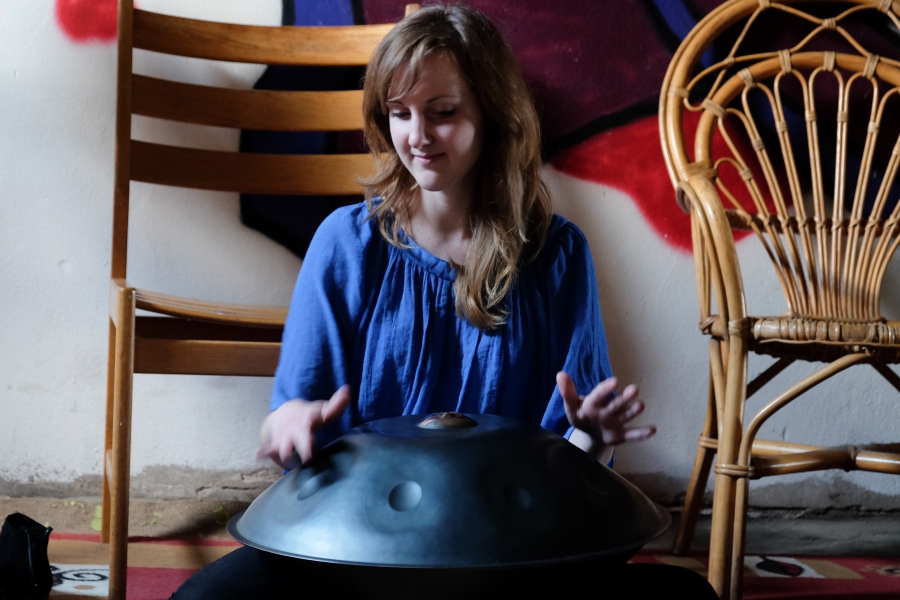 Jessica Kockrow on handpan, which she had heard being played by buskers but first listened closely to at a garden party. “That’s when I really got mesmerized,” she said.

As Jessica Kockrow, from Germany, played the variety of handpans Topov had brought, she said she was thinking about which type she could see herself owning. Kockrow, who has studied East Asian music and likes to dance to house music, said handpan resonates with her in a special way.

"It really touches something," she said. "It creates this incredible kind of atmosphere."

During a break, she tries one handpan and sets it aside, saying it's not quite right for her. Every instrument is custom, with different kinds of steel, finishes and tuning. Some are more for percussive music making, some for ambient. And they're fun to play with other people, which is why Topov ends the workshop with a jam session.

"So you can explore all these techniques," he tells the class, "or you can do whatever you want, all right?"

For this group, the shape and sound of the handpan is less alien. Making music with it, though, together, is out of this world.

Below watch Zhenya Topov perform handpan at a festival in Berlin.