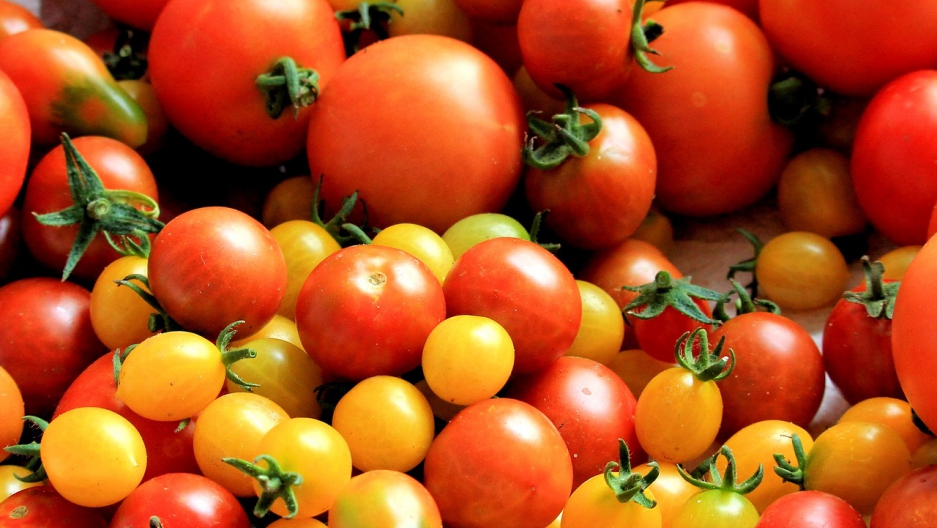 Are these “tomatoes” or a “sun-ripened tomato medley”? Your decision to eat them might depend on the answer.

If you’ve ever scanned a restaurant menu and found yourself torn between the “sizzling grilled sirloin” and the healthy option, “8-oz sirloin steak,” you’re not alone. The healthier one doesn’t sound nearly as mouthwatering, does it?

But what if the healthy choice sounded ... indulgent? Using a college dining hall as their testing ground, Stanford University psychologists gave it a try, glamming up descriptions of vegetables to see whether more people would choose to eat them. Short answer: They did. Their results were published in the journal JAMA Internal Medicine in June.

“For example, with carrots, we said ‘twisted citrus-glazed carrots,’” says Alia Crum, an assistant professor of psychology at Stanford and one of the paper’s co-authors. “We had ‘rich buttery roasted sweet corn,’ [and] "sweet, sizzling green beans and crispy shallots."”

She says patrons chose the indulgent-sounding veggies 41 percent more often than the same recipes labeled with healthy, restrictive-sounding descriptions — like “carrots with sugar-free citrus dressing,” or “reduced-sodium corn.” Diners scooped up about a third more of the decadent-sounding vegetables, according to the study.

The cues we get from food labels don’t stop at our plates — they can actually affect the way our bodies metabolize food. In a 2011 study, Crum and her colleagues gave volunteers the same milkshake, labeling it either as an indulgent, high-calorie shake, or a sensible, low-calorie one.

For Crum, the findings dispel a well-meaning myth: “For a while, we’ve been trying to motivate people to eat healthy, and our very well-intentioned approach is to tout the healthy benefits of the food we’re eating — how it’s low-fat or low-calorie or high in nutrients.” But this doesn’t work, she says. “We have this very pernicious mindset that healthy foods aren’t going to be tasty or exciting or indulgent. And so, what we’re doing ... is actually reinforcing that mindset.”

To get people to eat more healthy foods, Crum thinks we need to change the way we market them. “You see it at high-end restaurants, where they’re describing a tomato salad as just the most outrageously rich thing,” she explains. “But in mainstream America, I think we have a long way to go to change the language we’re using to describe healthy foods.”

Will it be hard work? Sure — but health food advocates can take a page from the junk food industry’s handbook. “Unhealthy foods have this down,” Crum says. “They’re always portraying a sense of variety and excitement.”

Just look down the cereal aisle in any grocery store. “It looks like there’s hundreds of different choices,” she says. “But if you actually look at the ingredients, it’s basically all the same thing, whereas if you look in the vegetable aisle, what’s in there is incredible — the amount of nutrients and where this comes from, to how it’s grown and the different tastes and the colors.”

“We can do a much, much better job marketing and describing those things.”