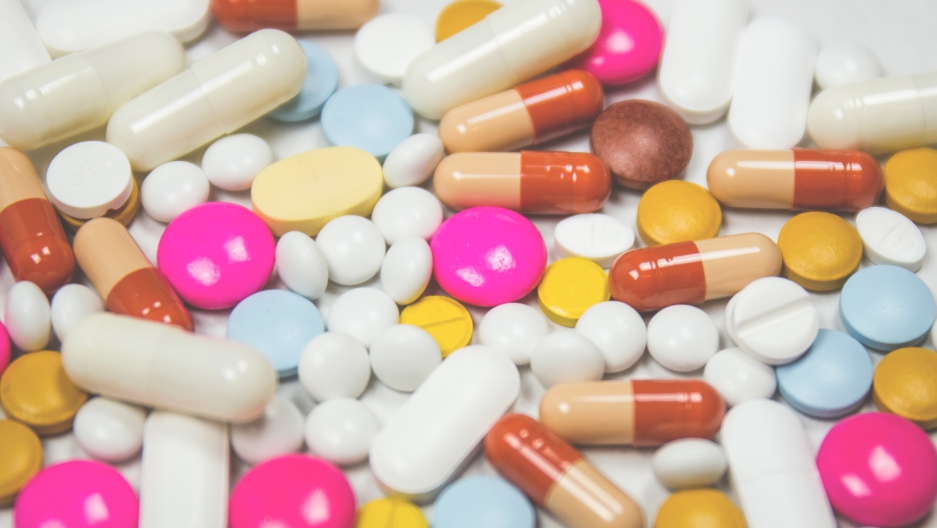 There's a lot of speculation about whether Amazon might enter the pharmacy business.

These days, you can find just about anything on Amazon — from toilet paper to textbooks and even groceries. For now, though, there’s still something you won’t find on the site: prescription drugs.

But earlier this year, Amazon hired Mark Lyons, a veteran of the pharmacy and health care industries. Some analysts are speculating that the distribution giant is considering the pharmacy business, and in mid-June, news of Amazon’s deal to acquire Whole Foods dealt a blow to pharmaceutical stocks.

“[Amazon is] working behind the scenes, pretty much, to figure out what to do,” says Stat News senior writer Ed Silverman, who has covered the story on his Pharmalot blog. “I think it’s something they’ve been looking at for a while, but I think they’re taking their time.”

The online retailer hasn’t commented publicly on its plans, but Silverman says if the company does start selling prescription drugs, it could shake up the industry. He points to a recent Wells Fargo survey, which found that 5 in 10 US adults would use or probably use an Amazon pharmacy. “The expectation is based on a perception that Amazon will get them a better deal than they’re getting now,” he says.

“First of all, Amazon is all about disrupting businesses, existing industries, where they decide to target their efforts to enter and try to grab market share,” he explains, “and do that, of course, in a big way.

“So, they could disrupt the existing business models simply by bulking up over time and leveraging their clout ... to try to get better deals for the medicines that they would sell — presumably online, although they just bought Whole Foods, so maybe they’ll get into bricks-and-mortar pharmacy at some point, too.”

The fact that Amazon is also rich in data wouldn’t hurt, he adds. “Their ability to fine-tune data would give them presumably more leverage when it comes to negotiating with drugmakers and with health plans that then, of course, would be purchasing the medicines.”

But there’s another way Amazon could make waves in the drug industry, Silverman says — and that’s if it gets into the big business of pharmacy benefit management. That’s a different role than selling medications through mail order or at a local drugstore, he explains. “You’re behind the scenes negotiating with the drug company for a good deal and ... helping set the list of preferred drugs for insurance coverage.”

According to CNBC, Lyons was reportedly hired to build an in-house pharmacy benefit manager for Amazon employees — which could later be repackaged for the outside world.

“If Amazon gets into that business too, well, then they have the possibility of disrupting a whole set of ways of doing business that — right now, by the way — are under attack increasingly across the country and in Washington,” Silverman says.