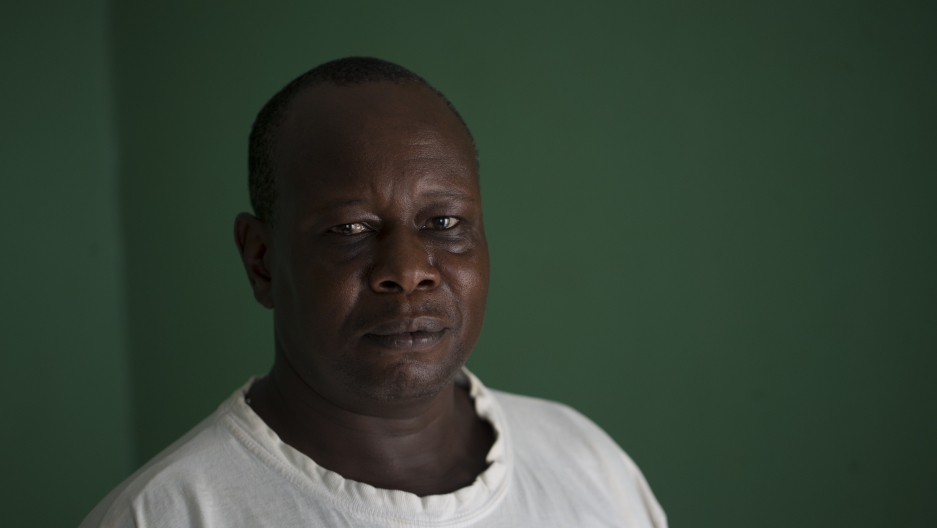 Walter Odong is a survivor of one of the first major Ebola epidemics, which tore through northern Uganda in 2000.

At first, Walter Odong thought his neighbors were being poisoned.

Odong lives in the northern Ugandan city of Gulu, in a busy neighborhood where stray dogs and roosters stroll through a labyrinth of mud huts and cement block houses.

Odong first noticed the problem one day during rainy season — Nov. 4, 2000. Business was slow that day, so Odong closed his soap store and went home to watch television. When he got there, he found one of his young neighbors was really sick.

He took her to the hospital, where, to his surprise, he saw another of his friends. She was ill, too. He sat by her bedside. "She said, 'Walter, I am very sick. I will not survive.' I said, 'No, you will survive. You will walk home.' She said, 'Walter, no. It's now too much for me,'" Odong recalls. 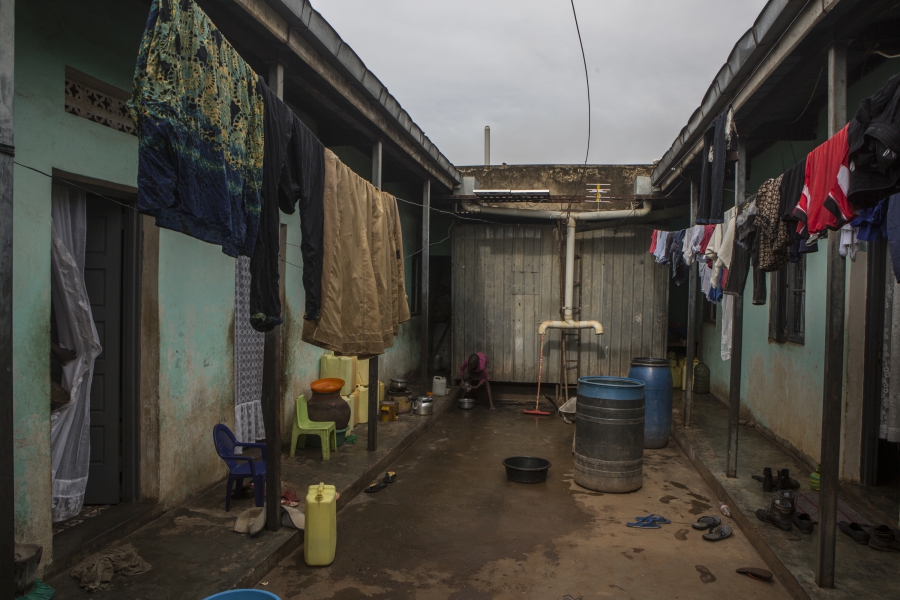 In 2000, an Ebola epidemic tore through Walter Odong's neighborhood.

A few days later, Odong's friend did die and so did three nurses who had cared for her.

Odong started to feel weird, too. Disoriented. "The pain I was experiencing was real pain. Severe headaches, constant chest pain, stomach, everywhere — in the bone, everywhere there was pain."

Weeks passed, and Odong got sicker. He says his fever spiked. He couldn’t control his bodily functions anymore. By the time he checked into the hospital, it was understood that there was an Ebola outbreak in the city of Gulu. The strain of Ebola he had, the Sudan strain, kills more than half the people who get it.

Ebola is transmitted through bodily fluids — even being splashed or sprayed by saliva or blood. Odong thinks he got it by leaning over his friend’s bed, but it also could have been when he took his neighbor to the hospital. He’ll never know.

Odong was given a metal bed frame to lie on. At one point, in his feverish sleep, he says he overheard his mother and friends talking. "They were preparing for my burial. I could hear that, but I could not respond," he says.

They put him on a saline drip to keep him hydrated. But back then, that’s about as much as they could do. There wasn’t much interest in Ebola, at least among drug companies. After all, it was a rare illness that only broke out occasionally in Africa.

It would be another couple of years before the Public Health Agency of Canada developed an experimental vaccine.

In 2013, an outbreak spread like wildfire. It eventually took more than 11,000 lives. Suddenly, the small vaccine project was looking like the solution to a larger epidemic. Pharmaceutical giant Merck bought the license to the vaccine and tested it in Guinea on a small portion of the Ebola outbreak.

The World Health Organization announced last December that there was finally an Ebola vaccine on the horizon. Marie-Paule Kieny, the assistant director-general of the WHO, says this vaccine has a very specific purpose: It's preventative and targets the common and extremely deadly Zaire strain. The main goal is to vaccinate first responders — doctors and nurses.

"If there is a beginning of an outbreak, immediately you would have people protected in order to intervene. ... Immunity builds very quickly — as soon as 10 days. ... When there is a new case of Ebola, you go quickly to the field, and you identify: Who are the contacts of this case? Who has touched the body? Who has touched the bodily fluids? Who has been living close to this person ... and the contacts of this contact."

Public health officials would also give these contacts, those not known to be infected, the vaccine.

But Kieny says there are still some issues with wider distribution of the vaccine — beyond those two groups. One of the main issues is — how you get it out to an affected population. "The one we used in Guinea needs to be stored at ultracold temperatures — at minus 80 — so that isn't easy."

When I visit Odong's neighborhood, the heat is sweltering, and there are constant power outages. Electricity is just not reliable. Which means immunizing entire countries is just too complicated and expensive a proposition right now. Ebola is too sporadic and random to cast such a wide net. Also, this vaccine only protects against the Zaire strain of Ebola. So Odong, who had the Sudan strain, couldn’t have used it anyway.

For now, Merck will present this vaccine for approval to the World Health Organization in 2018. That means, they won’t have a license to distribute the vaccine until 2019. And even then, this vaccine can’t save you if you’ve already been infected. So, Kieny says, there’s a lot more work to be done, and she’s looking forward to other pharmaceutical companies jumping in. 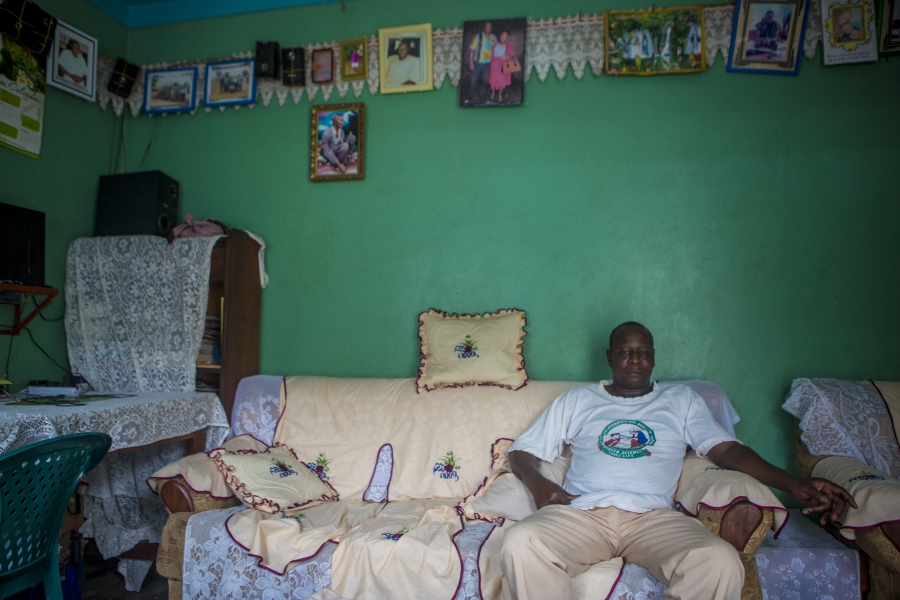 Walter Odong says when he finally returned from the hospital, no one wanted to touch his money; all his belongings had been burnt.

As for Odong, about a month after contracting Ebola, he woke up and felt well enough to go outside. He sat under a mango tree on the hospital grounds. By the time the epidemic had run through Gulu, more than 400 people had been infected, and more than half were dead.

But Odong survived. He was one of the lucky ones. But he still lives with the stigma of having the virus.

On his way out of the hospital, he took a cab home and the driver was upset when he found out his customer was an Ebola survivor. "I wanted to pay for his service, but he refused." Odong says he kept running into people who didn't want to touch his money. Afterward, the driver went straight to wash the vehicle.

When Odong got home, everything in his house had been burnt. "All my house, all property was burnt. Even a plastic plate."

Nothing remained. Except for Odong.