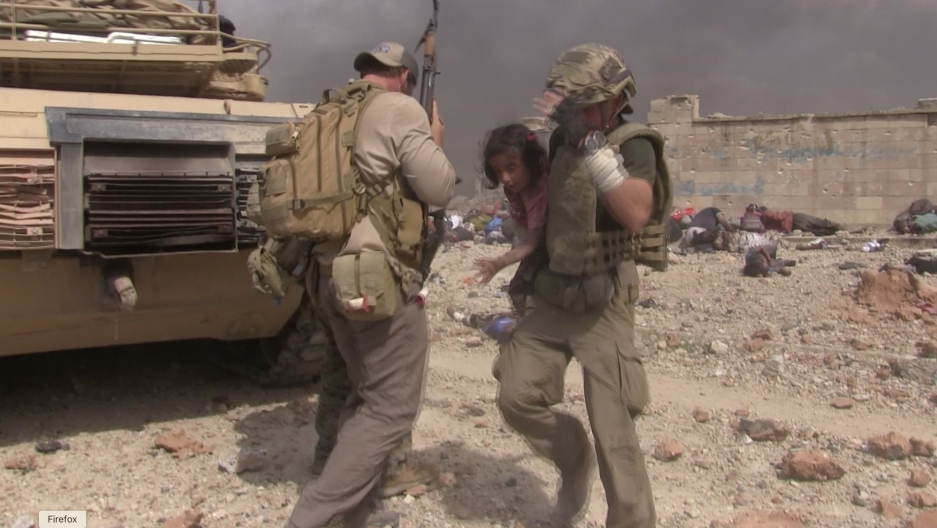 David Eubank is at home in war — so is his family.

Eubank spent 10 years in the Army Special Forces. These days he's an aid worker with a relief group he founded called the Free Burma Rangers.

With his three young kids in tow, he has assisted countless civilians in conflict zones from Myanmar to Afghanistan.

Most recently, Eubank's work has taken him to the besieged city of Mosul, Iraq. That's where Iraqi forces are battling to push ISIS out of the western part of the city. It's a house-by-house fight.

Eubank and his team have been risking their lives to save civilians there, often braving live fire to reach the wounded.

Watch the video of a young Iraqi girl being rescued by Eubank and his colleagues outside of Mosul's destroyed Pepsi factory in early June: