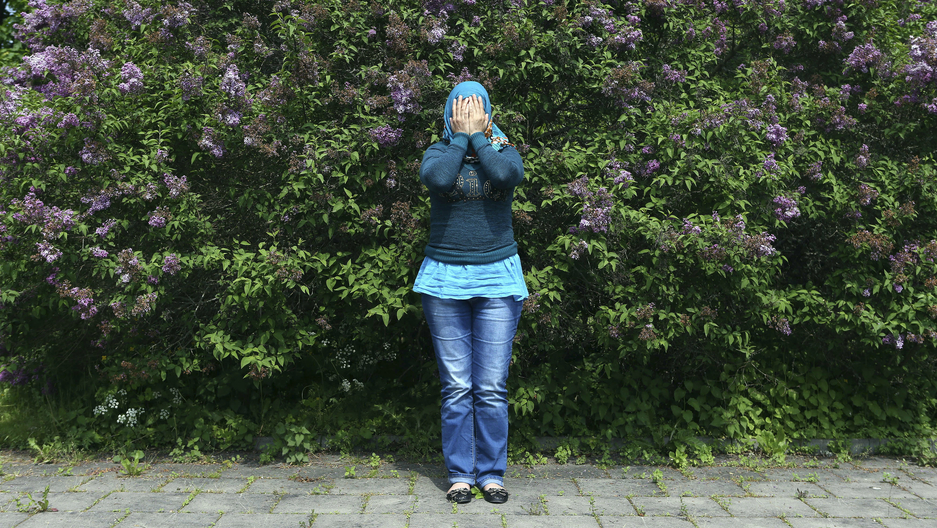 A Syrian refugee covers her face to hide her identity as she poses for a photograph at an asylum camp outside Stockholm, June 8, 2014.

Mushtaq Kht arrived in Sweden 18 months ago after fleeing the Taliban in his native Afghanistan. Like thousands of others, he came to Sweden after hearing it was a welcoming place for refugees.

“I couldn’t stay in Afghanistan," 17-year-old Kht said in fluent Swedish, which he learned while in the country. "They would come and take the boys away and force you to be a Talib.”

Today, he lives with other asylum-seekers in a government-funded home and attends high school in Angered, a housing project in the woods at the end of the trolley line from Gothenburg’s downtown district. His life consists of homework and friends.

Mostly, he says, he’s waiting to learn whether he can stay in Sweden. And if he finds out that he can, he’ll decide whether he should.

“I like the Swedish people,” he said, “just not the immigration service.”

In 2015, Sweden became a prime destination for refugees fleeing wars in Syria, Afghanistan and Iraq. The Nordic country accepted more than 160,000 migrants seeking asylum in that year, the most of any country per capita, according to Swedish authorities.

Now, many of those refugees say they’ve found a tougher political climate and a less sympathetic government than they had expected. 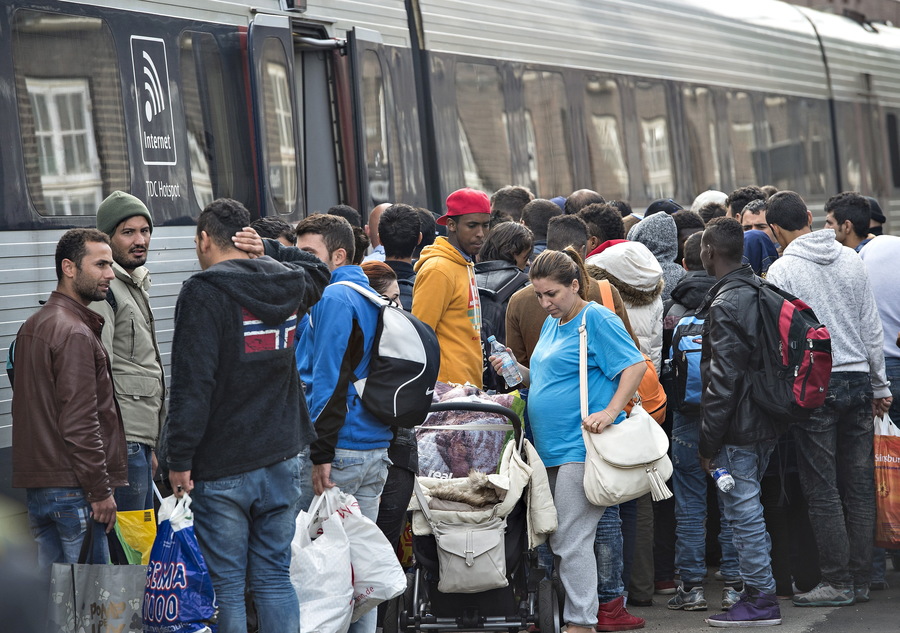 Migrants, mainly from Syria, prepare to board a train headed for Sweden, at Padborg station in southern Denmark, Sept. 10, 2015.

Like many European countries, Sweden has experienced a spike in anti-immigrant sentiment since taking in migrants and refugees like Kht. US President Donald Trump claimed earlier this year that the influx of refugees had caused "problems like they never thought possible" in Sweden.

Those voices gained ammunition in April when Rakhmat Akilov, 39, a failed Uzbek asylum-seeker and ISIS sympathizer, allegedly drove a truck into pedestrians in a crowded Stockholm shopping district, killing five.

“This was something we all knew would happen, it was only a question of when,” said Jimmie Åkesson, leader of the far-right Sweden Democrats.

Right-wing gangs have also carried out attacks on asylum homes throughout the country. Those homes are usually situated in districts full of newcomers, far away from the usual residential districts of Swedes.

“There are hardly any white Swedes here,” Kht said, referring to Angered. “But we have people from all over — Somalia, Afghanistan, Syria and Kurdistan.”

This housing situation can make social integration a challenge and serves as a constant reminder of the residents’ insecurity: Residency status and interviews are main topics in the neighborhood, and news of deportations spread quickly, and spread fear.

Those fears have grown in the past year after Sweden changed its asylum laws last summer so that asylum-seekers entering the country could only claim temporary residency rights — a move widely viewed as designed to kick out rejected refugees and migrants before they can put down roots. Sweden’s ruling Social Democrats enacted the law as anti-refugee rhetoric was heating up across Europe. The lawmakers may have been motivated by political concerns, but officials said the decision was related to the cost of processing refugees and providing them food and housing.

It’s put refugees like Kht in tough positions, said Patrick Hansén, the manager of the Vasavaningen, an asylum home for young people in downtown Gothenburg.

“We welcomed young people and told them about how to go to school and engage in society and contribute to the Swedish welfare system,” he said. “That worked until last summer, but then in July the [change in the law] came. Right now, we have one youth here who has had his claim rejected and is going to be sent back to Somalia, where he thinks he’ll be killed.”

“We have those coming alone, which is a much more difficult process, and for them Sweden is hardly a place of sanctuary," he said. "There are people in civil society who have helped them out, but there are stories you hear about contact with the authorities where that simply isn’t so.” 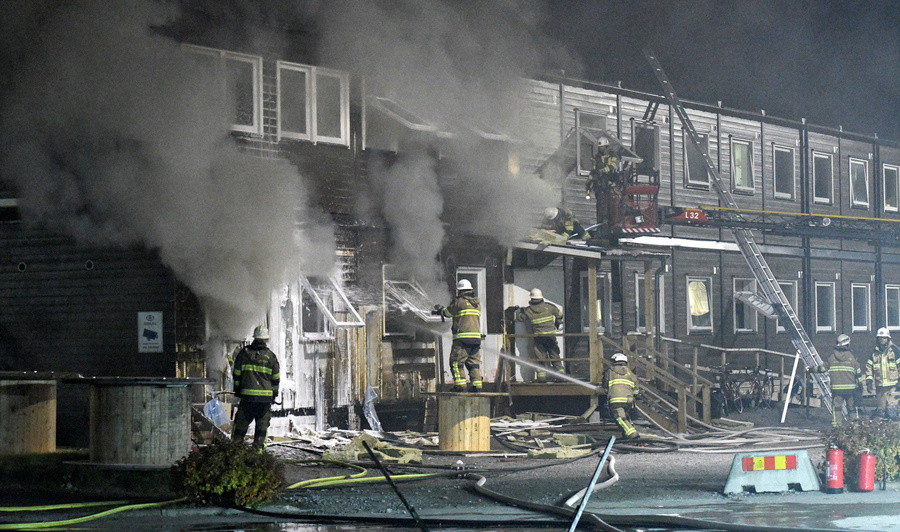 Firefighters extinguish a fire that broke out at a refugee center in Fagersjo, south of Stockholm, Sweden, on the night of Oct. 16, 2016. Police suspected arson was the cause.

In recent years Sweden has begun to register cases of “uppgivenhetssyndrom,” or resignation syndrome, among asylum-seekers. Some people denied residency in Sweden seem to have lost the will to live and become unresponsive — refusing to speak, move, eat or even go to the bathroom. Some end up in Swedish hospitals for months.

Disappointment and depression among young migrants is especially common, according to Anna Ohlsson, a caseworker at the Vasavaningen home for asylum-seekers. Children between the ages of 8 and 15 seem most at risk. They don’t have the life experience to understand the greater political and economic forces at work when they’re deported, said Ohlsson.

“We had one young person who was removed from the home to an adult asylum center and who will likely have his claim rejected,” she said. “They ask, ‘Why doesn’t Sweden want me?’”

The same question plagues Hamid Samim, 19. He fled from Afghanistan to Gothenburg a year ago to avoid both the violence in his country and persecution for being gay. He likes the liberal attitude toward homosexuality in Swedish society, one of the most gay-friendly in the world.

“When I arrived here, people said, ‘You can live the way you want. You don’t have to be any other way,’” he said. “I did my interview two months ago, and I want to stay, to live as I feel.”

Kht, meanwhile, is now scheduling his interview with officials to determine whether he can remain in Sweden. He’s having trouble formulating a plan B.

“If I can’t stay in Sweden, I’m not sure where I’ll go,” he said. “I can’t go back to Afghanistan. I just really hope I can stay here and build a life.”