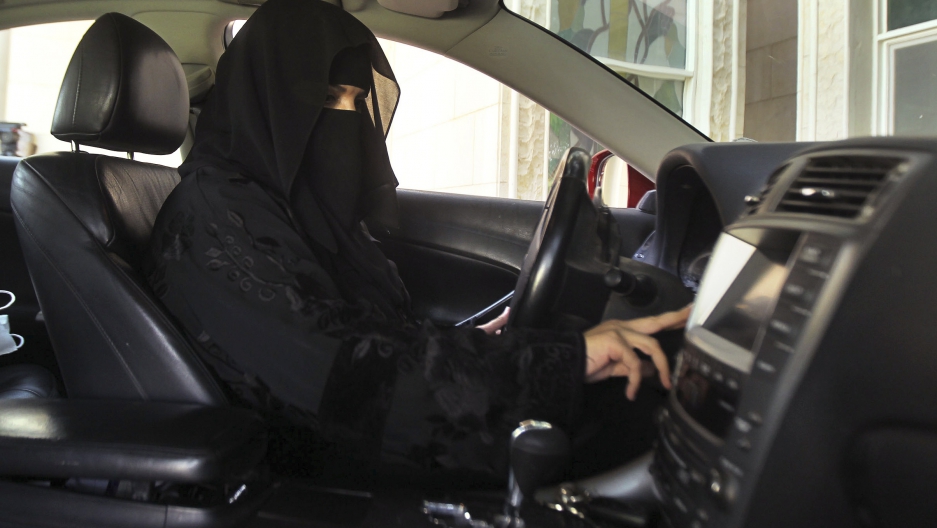 Manal al-Sharif's decision to challenge Saudi Arabia's driving ban in 2013 spurred women like this to take a turn behind the wheel years later.

When Manal al-Sharif posted a video of herself driving in Saudi Arabia in 2011, she angered many in the deeply conservative kingdom.

"The worst backlash was from the religious establishment," she says. "They took the Friday sermons, and they called me things like a prostitute for just driving a car."

Courtesy of Simon and Schuster

Al-Sharif landed in jail. She received threats on her life. Her father had to appeal to the Saudi king for her release. But the video of her defiance behind the wheel had already gone viral, receiving more than 700,000 views in just a day, energizing the global moment to drop Saudi Arabia's prohibition on women driving.

Today, the 38-year-old activist is still one of the loudest voices calling for the kingdom to drop the driving ban. In her new memoir, "Daring to Drive: A Saudi Woman's Awakening," al-Sharif describes growing up in Mecca as a firm believer in conservative Islam. When she turned 18, she enrolled in King Abdulaziz University in Jeddah. She met liberal women who didn't cover their faces in public, and her worldview began to change. The notion of male guardianship began to grate on her.

"A woman is considered a minor from the time she's born until the time she dies," she says. "When women drive in my country, they will have the voice and the power and the belief that they can do anything and they will act on ending the guardianship system."

Al-Sharif says her campaign #women2drive continues to push the limits of what's socially acceptable in Saudi Arabia. In the coming months, her memoir "Daring to Drive" will also be published in Arabic.

"There are a lot of brave actions happening, more and more girls posting videos of themselves driving and more and more men are joining us," she says. "We'll continue campaigning, using all the tools that we can."

Read the first chapter of "Daring to Drive" here: