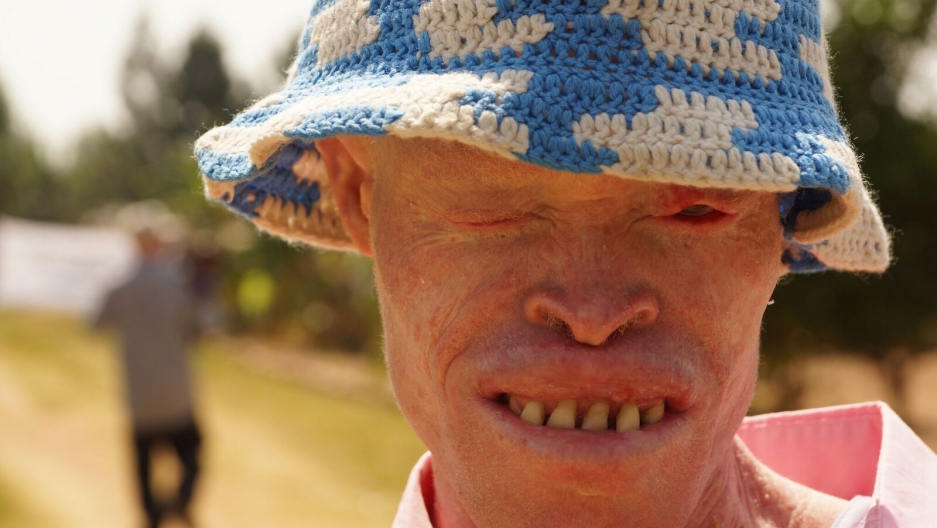 A member of the of the Tanzania Albinism Collective.

People with albinism (lack of pigment in a person's skin, hair and eyes) are often ostracized and treated with suspicion in many parts of the world. And in parts of Africa, many who have the condition live in fear for their lives.

Ian Brennan, an American music producer, became aware of this gruesome reality when he visited an albinism community on the island of Ukerewe, Tanzania.

"They face so many challenges, ranging from assault, to harassment, to rape, to murder, to mutilation while alive for their body parts, which are considered valuable...in the underground market," says Brennan. "And there's just the daily menace of knowing that your neighbors — your fellow villagers — may want to harm you."

Brennan, a Grammy-award winning producer, went to the island with members of the organization Standing Voice. Together, they encouraged members of Ukerewe's albinism community to express their feelings through song. The result is an album by the Tanzania Albinism Collective called White African Power.

Brennan says people with albinism in Tanzania are often discouraged or even banned from singing and dancing. So some of the songs Brennan recorded are about isolation and fear — while others are about empowerment.

As an example, Brennan points to the song "You Are Mine," written and sung by Hamidu Didas. Brennan says, "[It's] is such a beautiful song because it's...about finding love for the first time."

The song features only Didas' voice and a bow and arrow. Other songs also feature only minimal instrumention and "found" instruments like a sledgehammer, beer bottle and frying pan.

The result is a powerful, heartfelt collection.