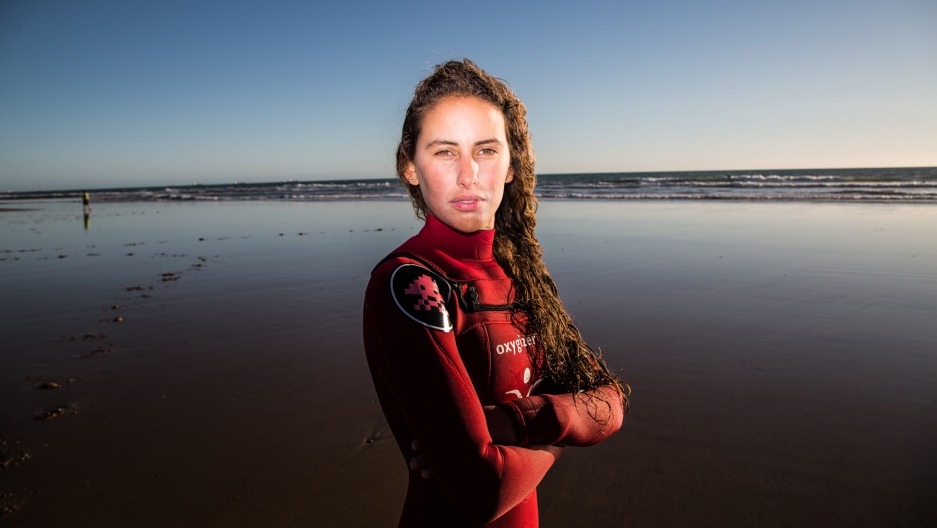 When Meryem El Gardoum, 20, started surfing nine years ago, she was the only girl from her village to take part in the sport. Now a four-time national champion, she is one of two women who represented Morocco in the ISA World Surfing Championships in May. Her next dream is to see a Moroccan woman competing in the World Surf League.

The scene at the Agadir Open looks like something out of a southern California surf competition: A white sand beach, a DJ booth blasting pop music and clusters of young men in board shorts. But the mint tea on the judges’ table and blue fishing boats along the shore give the scene a distinctly Moroccan feel.

The ridge above the beach is packed with locals who have come to watch hometown favorite, Meryem El Gardoum, compete in the contest’s first ever women’s final.

The 20-year-old is in a crimson wetsuit, riding a pink surfboard. Beside her in the surf, clad in neon yellow, is 37-year-old Fatima Zahra Berrada, Morocco’s three-time national champion.

After 20 minutes, an air horn blasts and El Gardoum pumps her fist in the air. She’s won. An announcer calls out that Berrada has placed third. They catch their last waves to shore. 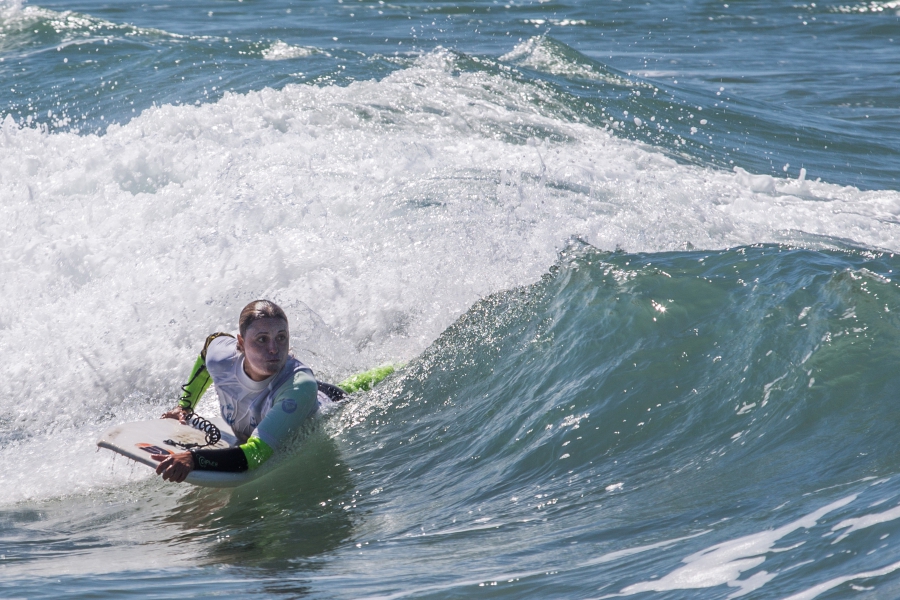 Fatima Zahra Berrada, 38, is a Moroccan watersports icon. In addition to her success as a surfer, she once ranked among the top 10 bodyboarders in the world and has won every Moroccan bodyboarding championship since the national federation started holding competitions in 2003.

Although it’s the first time the Agadir Open has held a women’s division, El Gardoum and Berrada have been competing at other Moroccan surf contests for years. Recently the two also travelled with the national team to the International Surfing Association’s World Surfing Games in France, making them the first women to represent Morocco at a surf contest abroad.

El Gardoum hails from Tamraght, a village just north of Agadir on Morocco’s Atlantic coast. The region is home to a number of internationally renowned point breaks that have attracted wave-hungry tourists for decades.

Visitors don’t expect to meet a world-class surfer from a relatively traditional village.

“When I meet the people and they say, ‘Where are you from?’ And I say that I'm Moroccan and I live in Tamraght, they’re surprised,” she says.

Most families in Tamraght, including El Gardoum’s, make their living from fishing, farming and goat herding.

But the area is quickly changing. 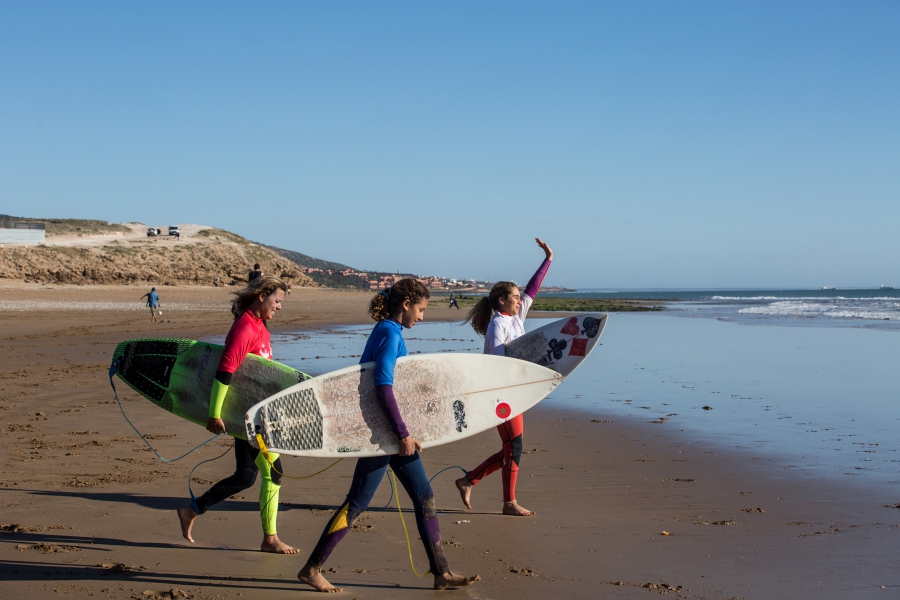 Although Berrada has been competing for roughly two decades, she said the Agadir Open was the first time she had the chance to compete alongside both of her daughters. “We’re proud because our mother is a champion,” said Ghita Guemmi (right), 16, describing the experience of surfing alongside her mother. “We all dream of being like her.” Here, Fatima Berrada (left), 38, Lilias Tebbaï (center), 12, and Guemmi approach the water for start of the semi-finals.

Surf tourism has exploded along the coastline. Local people on motorcycles now share the dirt roads with SUVs packed with tourists and boards. Many men work on construction projects serving the tourist industry.

Despite the new jobs, El Gardoum says some of the men aren’t sold on surfing and don’t approve of local women and girls taking part.

She got pushback from local women, too.

“They said to my mom, 'Tell her to stop surfing. It's not good for her.' But she told me, 'Just go to surf. Don't care about what they said.' And then I keep surfing, you know? Like if I keep thinking about what they said, I'm never gonna' do like, nothing,” she says.

Berrada says there are other barriers that keep women from the waves.

“It’s an expensive sport,” she says. “It’s not open to everyone. Unfortunately, there are a lot of talented young people who don’t have a way to make living off of their passion.”

Her success wouldn’t have been possible without financial support from her family.

“If you want to travel, you have to pay for plane tickets, entry fees, hotels. My parents had to pay for all of it out of pocket,” says Berrada.

She mentions that the creation of Morocco’s national surfing federation, which picks up the tab for the national team, has helped reduce costs for top-level competitors.

But she and El Gardoum say that’s not enough. 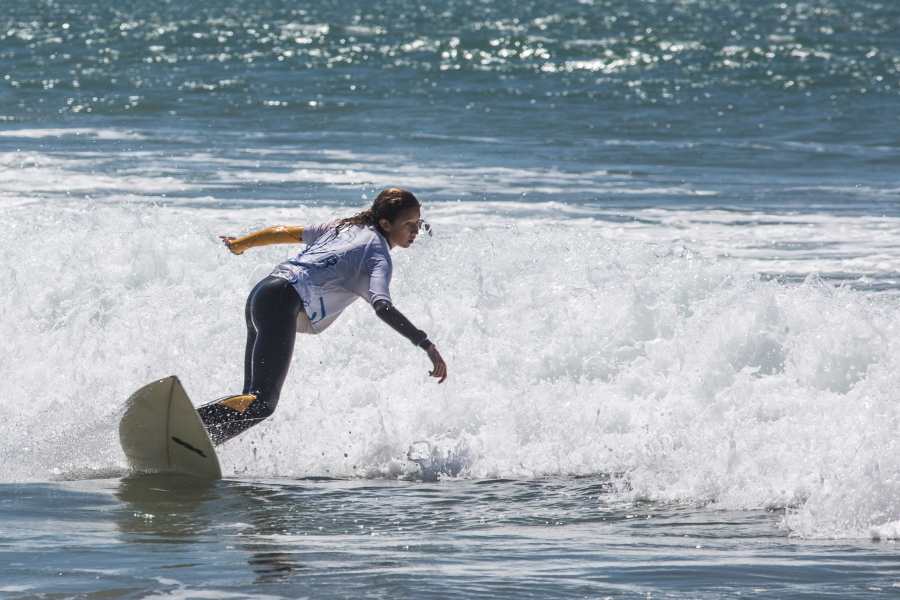 Lilias Tebbaï, 12, is a rising talent on the Moroccan surf circuit. The Casablanca-native finished second at the Agadir Open this March, placing between Fatima Zahra Berrada and Meryem El Gardoum, who took first. “When we’re in the water, we’re like a team," said Tebbaï, referring to the camaraderie amongst the veteran competitors. "We talk to each other. We joke. It’s a competition but also a free surf.”

They want to see women get sponsorships from international surf brands — the same ones that support the Moroccan men competing abroad.

And they’d like to see more surfing associations sponsor girls so that they can one day get a shot at international competitions, too.

­­David Fuchs is on an SIT Study Abroad program in Morocco and produced this story in association with Round Earth Media, a nonprofit organization that is supporting the next generation of international journalists.