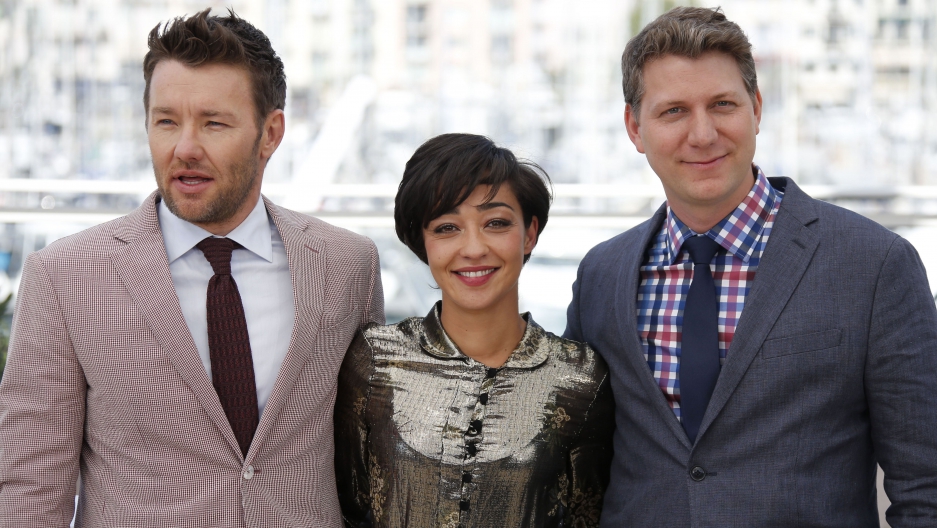 Director Jeff Nichols (R), cast members Joel Edgerton (L) and Ruth Negga pose during a photocall for the film "Loving" in competition at the 69th Cannes Film Festival in Cannes, France, May 16, 2016.

Fifty years ago today, the US Supreme Court struck down state bans on interracial marriage — the Loving v. Virginia case.

One of the lawyers who argued for removing the bans was a Japanese American who had been incarcerated in a detention camp during World War II. David Muto wrote about that lawyer, William Marutani, for The New Yorker's website, late last year.

Loving v. Virginia turns 50 today. I wrote for @NewYorker last year about an unsung Asian-American hero in the case. https://t.co/2sFCywnqsT

Listen as Muto speaks about this unsung hero with The World host Carol Hills (click "play" on the radio story above.)

The Loving case was the subject of the 2016 movie, "Loving" and was nominated for a number of awards.

Here's an excerpt from Muto's article, "An unsung hero in the story of interracial marriage," below.

At my parents’ wedding, in Blacksburg, Virginia, my mom wore a floppy, wide-brimmed hat atop her feathered hair. My dad wore lightly flared pants and had sideburns that almost reached his jaw. Peter, Paul and Mary music played at their ceremony, and at the reception afterward they drank sherbet punch alongside friends and family members dressed in plaid and platform shoes. It was a fairly ordinary American wedding in 1975, save for one distinction: the bride was white, and the groom was Asian.

My dad, a third-generation Japanese-American from Los Angeles, and my mom, from Gettysburg, Pennsylvania, had met in Michigan, in 1970, while he was in the Air Force and she was in college studying nursing. They eventually settled in Texas, where they raised my three siblings and me. As a gay man, I’ve often thought about how my parents’ timing was fortuitous. Just a few years earlier, their marriage may not have been legal in the state where they wed, Virginia. The new film “Loving,” directed by Jeff Nichols, tells the story of the couple who changed that: Mildred and Richard Loving, a black woman and a white man who were arrested in Virginia in 1958 and sentenced to prison there after marrying in Washington, D.C. The couple, played by Ruth Negga and Joel Edgerton, toiled silently for years, unable to live openly together in their home state, until their case reached the Supreme Court—which, in a unanimous decision in 1967, struck down all interracial-marriage bans throughout the U.S.

(Excerpted with permission from The New Yorker. Find the full story here.)