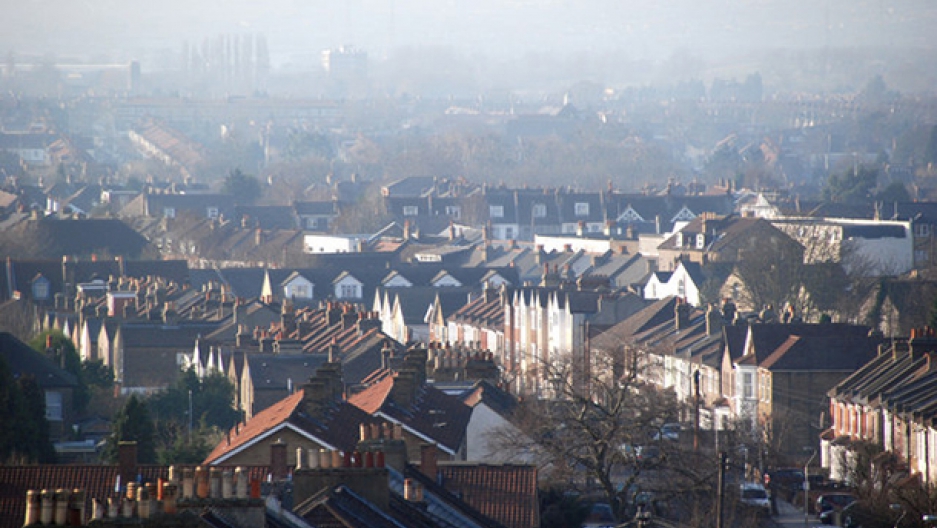 London, shown above on a smoggy day, regularly exceeds its annual nitrogen dioxide limit in the first week of the year. This year, it breached the legal limit in just five days.

Polluted air is bad not only for your physical health but also for your mental health and sense of well-being.

That is according to researchers at the University of York in the UK, who recently reported that, as nitrogen dioxide pollution increases, life satisfaction and personal happiness decline.

Nitrogen dioxide (NO2) is a byproduct of burning gasoline, diesel and other fossil fuels. It gets into the air through smokestacks and tailpipes. A large body of literature already shows NO2 creates health problems, including cardiovascular and respiratory diseases. The York study sheds new light on the issue.

The study's authors examined a large data set of 50,000 adults in England. This data set is particularly useful, “because it tracks the same people through time and space,” says lead author, PhD candidate Sarah Knight.

“It's the same people being asked the same questions every year, so we're able to [combine that information] with how air pollution changes through time and space, as well,” Knight explains. “We look at whether there were changes in life satisfaction and subjective well-being, and what proportion of that change is down to the changes in nitrogen dioxide.”

Knight explains that the researchers had to account for many other factors in order to tease out the specific effects of pollution: income, geographical location, population density, crime, education level and many others. “We tried to hold all those things constant and then tried to isolate the effect that pollution will have on your life satisfaction,” Knight says.

The study found that an increase of 10 micrograms per cubic meter of nitrogen dioxide reduced life satisfaction, on a scale of 1 to 7, by 0.03, Knight reports. While this number seems quite small, when the authors compared it to other life events that are understood to reduce happiness and well-being — things like employment and relationship status — the results were quite striking.

Across the UK, the lowest nitrogen dioxide values were in the area around Cornwall and Devon, Knight says, where they measure about 3 micrograms per cubic meter. In London, the average is around 58 or 60.

Researchers and public health officials look at both annual and daily limits of NO2 levels. Within London, the annual limit was exceeded within the first five days of the year in 2017. This happens “pretty much every year,” Knight says, “and the UK government has been taken to court over it.”

So, while it’s clear that millions of people are being exposed to dangerous levels of nitrogen dioxide, less clear are the physiological and psychological mechanisms that cause people to report lower life satisfaction and happiness because of it. Knight says the experts she has consulted and the research literature she has studied attribute it to roughly four different mechanisms.

First, and probably by far the most important, is health: that is, the way nitrogen dioxide exacerbates existing health conditions and brings on new ones, particularly cardiovascular and respiratory conditions.

Second is how pollution influences mental and cognitive health. Exposure to high pollution levels has links to conditions like dementia, Knight points out.

The third is through “aesthetics,” Knight says: “The look, the smell, the taste of your city and your neighborhood. What it looks like if you see it. Just walking down the street you smell [the pollution], it really will impact you and the day that you're having.”