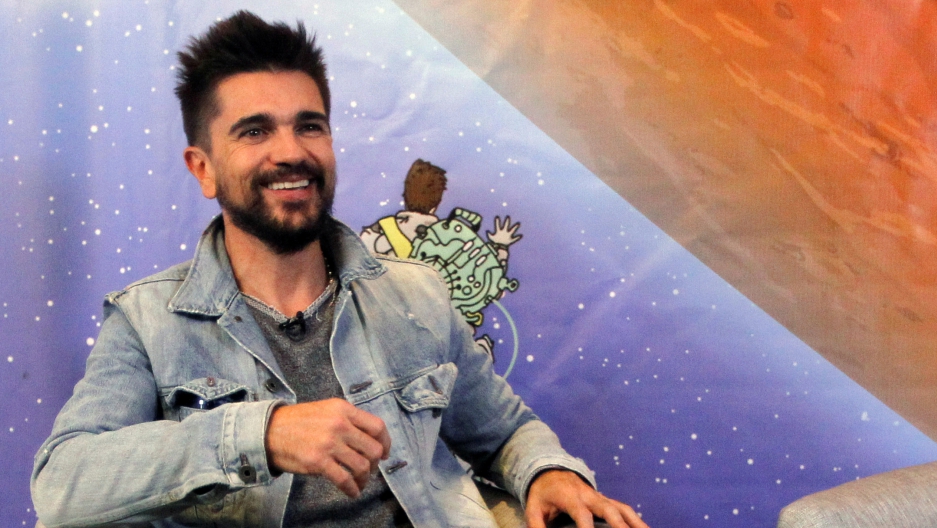 Colombian singer Juanes, speaks during an interview with Reuters in Medellín

Juanes has a new album out. It's called "Mis Planes Son Amarte." And in my humble opinion, it stands out for several reasons.

First, it’s really good. Juanes made the album with help from some young hip-hop producers from his hometown of Medellín, Colombia. And that collaboration helps many of the songs sound both edgy and rooted in Colombian musical tradition at the same time. You can hear that mix on “El Ratico,” featuring Colombian American singer Kali Uchis.

“This song has a lot of influence from music from my home town,” Juanes told me recently. He said the melodies are similar to those in the traditional songs of ranchers and farmers in the Medellín region.

“But the beat is like dancehall. So it's a combination of those worlds, putting them together in this song.”

The album also comes with a highly-produced film. That’s right, Juanes went for a Beyoncé-like visual project to complement the music.

“It’s the story of an astronaut who lands in current-time Colombia looking for eternal love,” said Juanes. “It’s like a conceptualization of what we all do in a normal life. We’re always looking for answers and for a way to feel better in this journey.”

If you want to watch the film, check out this video playlist on YouTube. Or get a taste here:

The album also includes "Goodbye for Now," the Colombian superstar’s first original song written and recorded in English. And let's just say it's about time, given that Juanes has been living in the United States now for 20 years. His current home is in Miami.

But Juanes told me what really sets this album apart is the overall tone — more positive than his previous efforts. He says it’s his response to everything that’s happening around the globe.

“The world is so confusing right now, everybody is so angry,” he told me before listing several places where bad news has come from recently — from Venezuela to Syria to Manchester. “It’s so sad, everything happening at the same time. But I just want to try and make my own world better.”

And that’s exactly what Juanes does with this song “Actitud."

“I just wanted to write a song about attitude, you know, good attitude and changing every day the way you live,” Juanes said. “I trust in art as a very powerful weapon of peace. I really believe that music can make you feel better.”

Or as the lyrics on “Actitud” put it: “What this world needs is love and a different attitude.”