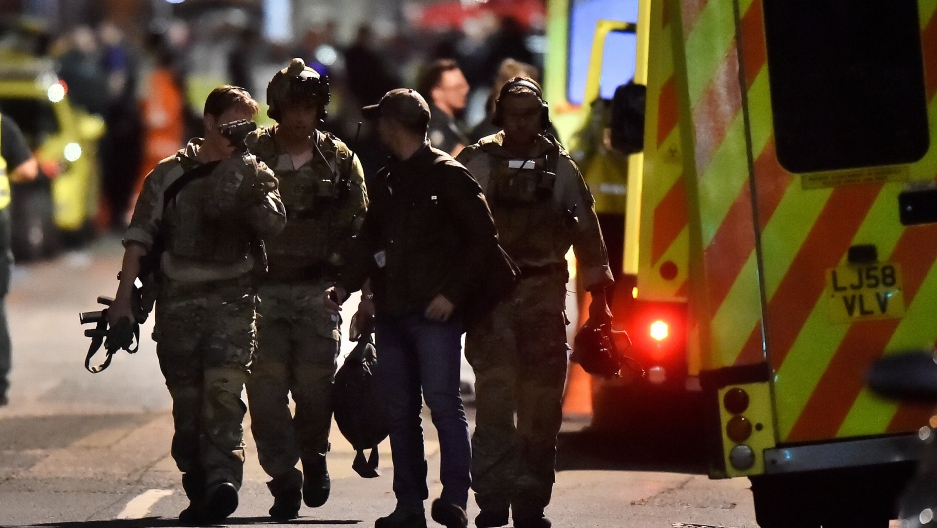 Armed officers attend to an incident near London Bridge in London, June 4, 2017.

Simon Jenkins, a British newspaper columnist and editor, says this is exactly what the terrorists wanted.

“They want you to publicize this to the maximum possible degree. You cannot suppress news, but that’s no reason for almost gloating over it, which is what we’ve done here,” he says.

Jenkins says for the first two or three days after the attack, the only news you could get in England was about the attack — even when there was nothing new to report. “Except for sports and the weather, it was just terrorism over and over and over again.”

Jenkins says the acts shouldn’t be given so much prominence. Instead, he  thinks “we should treat [terrorist attacks] as crimes.”

Jenkins partially attributes the sensationalism to the “if it bleeds it leads” journalism motivation. “I think it’s very difficult for journalists, including myself, inculcated with maxims like ‘dead bodies sell newspapers’ to set them aside.’”

But, Jenkins says, we must. “There is a greater cause in these cases. Which is not publicizing acts of terror.’