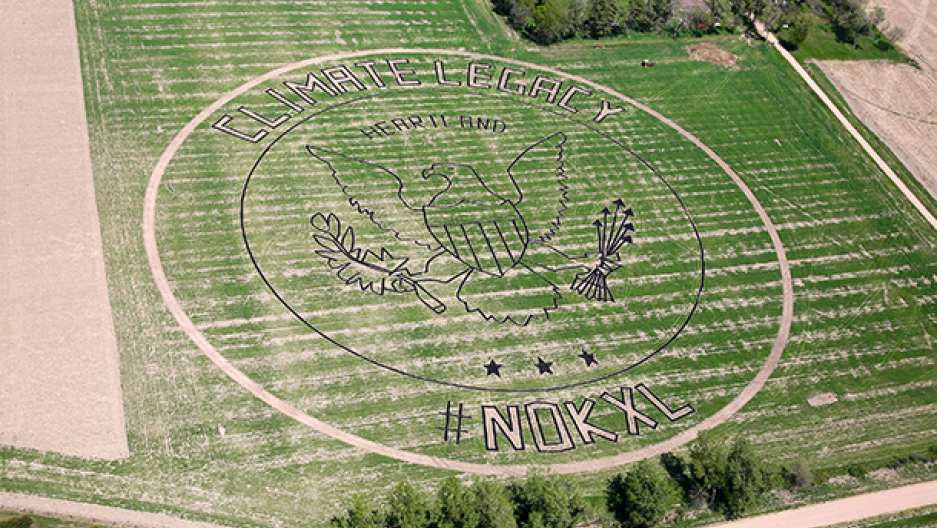 Bold Nebraska used large-scale crop designs as part of their efforts to persuade former President Barack Obama to reject the Keystone XL pipeline. He did so on Nov. 6, 2015.

President Donald Trump has given TransCanada a permit to continue construction of the controversial Keystone XL pipeline, but a coalition of citizens, farmers, ranchers, Native American tribes and environmental groups have united to oppose the pipeline’s route through Nebraska’s Sandhills area.

President Barack Obama had rejected the pipeline on the grounds that it would aggravate global warming, but the Trump State Department overturned that ruling. The Natural Resources Defense Council, the Center for Biological Diversity and Bold Alliance/Bold Nebraska have sued the administration, alleging that the move violated the law.

TransCanada also needs a permit from the state of Nebraska, but activists there say the pipeline would be harmful to Native American communities and would threaten the Sandhills ecosystem. The Sandhills is a fragile part of the prairie, where water recharges the massive Ogallala Aquifer. The aquifer stretches from West Texas to South Dakota and serves 30 percent of irrigated crops in the US.

“The great news,” says Jane Kleeb, president of Bold Alliance/Bold Nebraska, “is that in our country, we still have something called states’ rights, [and] oil pipelines are permitted at the state level. So, TransCanada still has to get a state-issued permit to cross into our state for the Keystone XL route. It's a very rigorous process. It'll actually be the first time that the Public Service Commission reviews an oil pipeline route in Nebraska.”

Nebraska politics are unusual because the state has a unicameral, nonpartisan legislature. There is no party identification on the ballot when citizens vote. The Public Service Commission, however, is a partisan political body, Kleeb explains.

“There are five commissioners. There's only one Democrat, but the two commissioners who represent a lot of the counties along the proposed route are very independent,” Kleeb says. “We’re going to make our case directly to them, following the rules that they set out, [under] which TransCanada has the burden of proof, through this process, to prove that this is in the public interest of Nebraska. We think that we can clearly show that [the pipeline] threatens our water, threatens livelihoods and takes away property rights.”

Governor Pete Ricketts, a Republican, supports the pipeline, but he has no say in the final pipeline route decision, Kleeb says. Congress and the Nebraska state Legislature could attempt to override a "No" vote from the PSC, but Kleeb does not believe this will happen.

TransCanada could win in court, but, because of the way the current law is written, the company must consider using an existing corridor in Nebraska. “They [already] have the Keystone 1 pipeline that went into the ground under George Bush in 2008,” Kleeb explains. “So, the outcome of this could be no new land taken out of production, eminent domain is not used, and the Ogallala Aquifer not at risk. TransCanada still gets a second pipe, but they [are] forced to put it next to Keystone 1.” 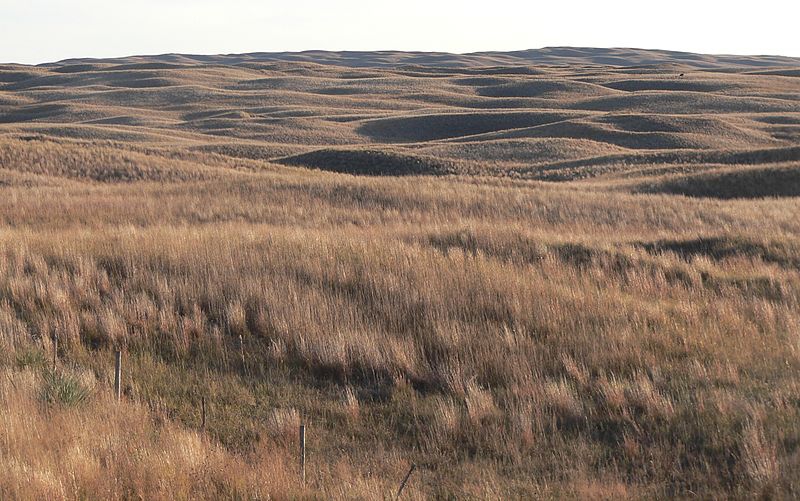 The Sandhills are a major recharge zone for the enormous Ogallala Aquifer, one of the most important water sources on the Great Plains.

TransCanada’s planned route cuts right through the Sandhills of Nebraska, where the vast majority of cattle producers are located. The Sandhills are also home to Ogallala Aquifer recharge zones. The aquifer supplies virtually all of the area's drinking water.

“It’s the worst possible place you could be putting a maximum pressure, maximum capacity tar sands pipeline,” Kleeb says. “When tar sands hits water, it's very difficult, if not impossible, to clean up.”

Kleeb is pleased to point out that the Native American tribes in Nebraska are a critical part of the Alliance.

“We do lots of actions with the tribes. We call ourselves the Cowboy and Indian Alliance when we do actions together,” Kleeb says. “I think sometimes people look at the movies and think that folks in rural areas are at odds with tribes, when, in fact, in our state and in South Dakota, the ranchers and the tribes really did work hand-in-hand, especially in the early days.” 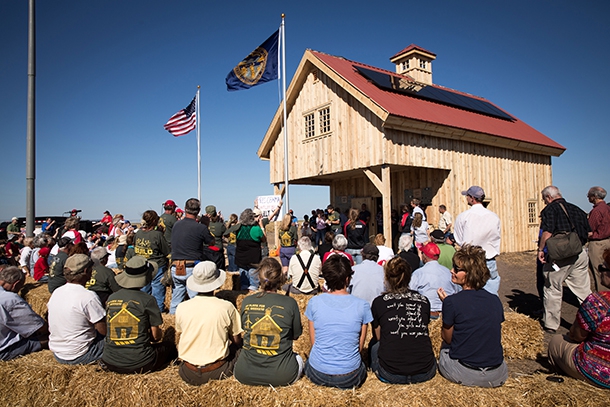 Bold Nebraska built a “solar barn” in the proposed pipeline path to send a message that building the pipeline would be a choice to tear down renewable energy and a symbol of Nebraska economy.

The alliance has engaged in some creative actions. In 2014, they planted sacred Ponca Tribe Corn in the path of the XL pipeline and along the historic Ponca Trail of Tears. The corn has been officially certified by the USDA, protecting it from destruction by the pipeline. They also built a solar barn inside the Keystone XL’s proposed route during protests against President Obama’s State Department. TransCanada’s contracts say that they can't have any permanent structures inside the route.

“That was us and the tribes' message to the president saying, ‘You’d have to tear down clean energy and a symbol of our livelihoods in order for this dirty pipeline to go in,’” Kleeb explains.