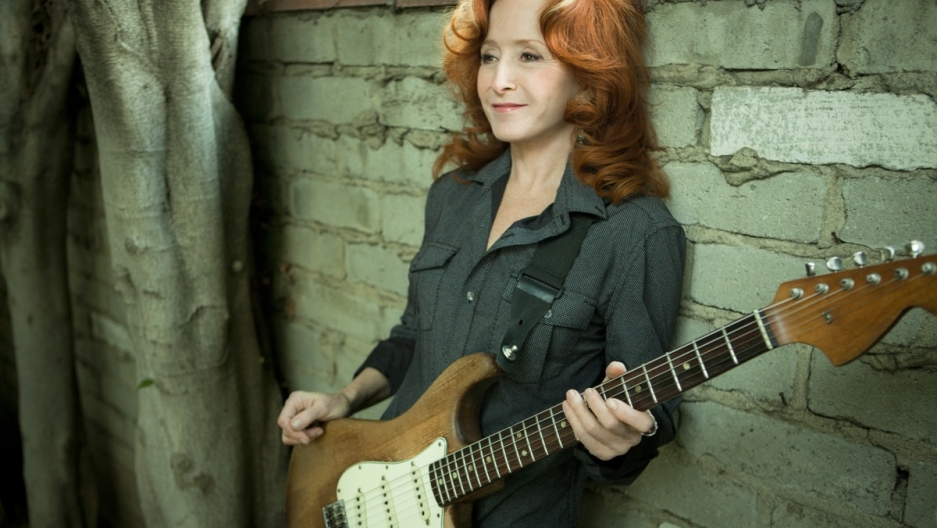 The phrase "world music" was first coined as a marketing term about 30 years ago. Initially it was just a way to organize music from around the globe so people could find it and buy it. Since then, a lot of people have developed a dislike for the term; critics say it ghettoizes foreign music, dividing musical genres into a small "us" and a very broad "them."

But whatever you call it, the diversity of world music deserves a deep listen. Here at The World, we've been acknowledging the richness of three decades of the genre by talking to artists about what "world music" means to them — artists who feel a personal connection to it, like Bonnie Raitt.

Raitt's foray into "world music" began with the blues, a style close to her heart and central to her career. As a young person, she was fascinated by its evocative and emotional nature.

"It's real. It's coming from a place of incredible pain and survival, and hope and perserverence and longing, and anger," she says. "All of the emotions, it makes it the kind of music that will stand the test of time forever, because it just speaks to the heart."

For more than 45 years, Raitt has tapped into that feeling and has made her own mark on the genre, with 20 albums and 11 Grammys to her name.

She recognized some time ago that the roots of the blues go way beyond the American South, reaching across the Atlantic to West Africa. She says a visit to Mali back in 2000 connected her with them, and changed her musical outlook.

After her trip, Raitt's collaborations became more global. They were crowned by her duets with the late Malian artist Ali Farka Toure, who also became a friend. Before he died in 2006, he and Raitt found numerous occasions to play together.

"He was just the guy. He was the cat," she says of Toure. "And he was so loquacious and generous and very enthusiastic about collaborating. I was just knocked out by his playing."

Raitt had plenty more to share with us about her connection with world music, including stories from her travels in West Africa. Click the player above to hear it all.