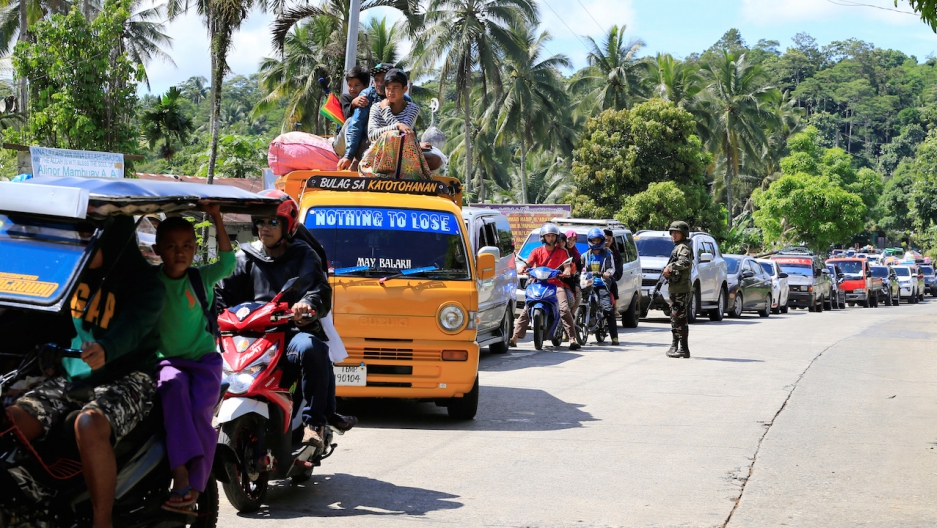 A government troop stands guard checking vehicles as Marawi residents are evacuated from their city in the southern Philippines on May 24, 2017.

There are two conflicting narratives emerging from the Philippines, where ISIS-style black flags now wave over parts of a provincial capital.

One is that ISIS has totally overrun Marawi, a city roughly the size of Akron, Ohio — a stunning victory for insurgents hell-bent on establishing the caliphate’s Asian outpost.

The other story, propagated by the Philippine military, is that “the armed men we are dealing with are not ISIS” but rather “a local terrorist group.”

Neither is entirely right.

Indeed, parts of Marawi have been infiltrated by Islamist guerrillas, including rebel snipers. The black banner favored by ISIS flies over a few city buildings. Key structures have been torched including a jail, a church and parts of a college. Locals report power outages and roads leaving the city are blocked by troops.

The PNP-ARMM confirms Marawi City Jail and Dansalan College are on fire. #MarawiClash | via Greanne Mendoza

Marawi is not a typical city in the Philippines. Though Catholicism dominates the island nation, most in Marawi are not Christian. Islam is the city’s dominant faith. Its Muslim citizens can even settle disputes in Sharia courts that run parallel to the national judicial system — though harsh measures like stoning are not allowed.

For decades, Marawi and its environs have been plagued by armed groups dwelling in surrounding jungles. Among the most fearsome is Abu Sayyaf. Though founded with seed capital by jihadi icon Osama bin Laden, the militia’s Islamic credentials are shaky.

Abu Sayyaf are best understood as pirates, extortionists and hostage-takers who will nominally link up with global terror organizations to appear more fearsome. Some of the group’s cells now pledge allegiance to ISIS. ISIS is essentially a brand, like Apple or Pepsi, and its black flags conjure all the terrifying destruction in Syria — effectively helping local gangs appear far more menacing than they truly are. 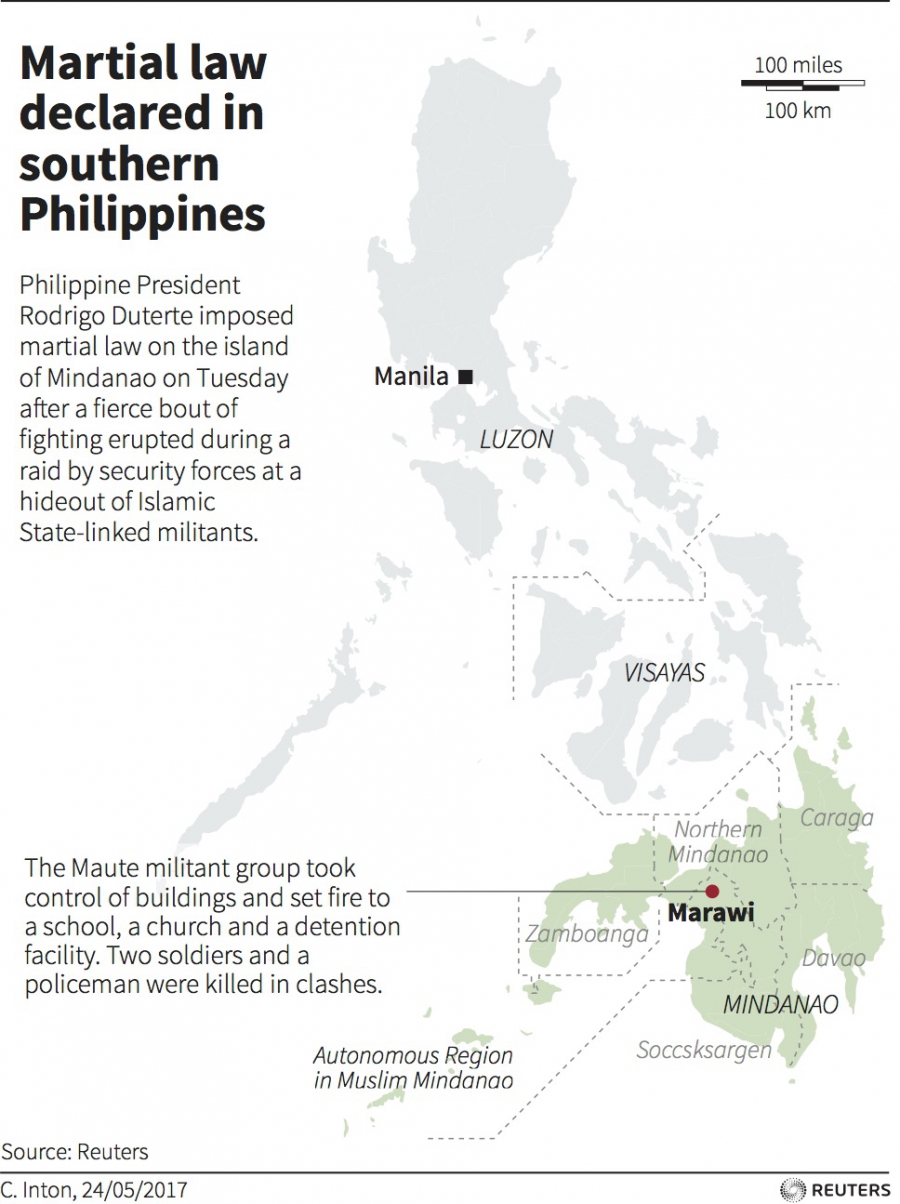 “The only time they became observant, praying multiple times a day, was when their cell phones ran out of charge,” says Rodwell, who spent 15 months with the group. “Or maybe if our camp was too remote to send text messages to their girlfriends.”

As for the 100-odd men now terrorizing Marawi? They’re a splinter group from Abu Sayyaf known as the Maute Group (pronounced MAH-OOH-TAY).

However, its leader, Isnilon Hapilon, would prefer you to call him “emir.” Here he is swearing fealty to Abu Bakr al-Baghdadi, the furtive supreme leader of the so-called Islamic State:

Hapilon has been recognized by ISIS as the organization’s sanctioned chieftain in the Philippines. This is a major win for a band of men who would otherwise be seen as isolated bandits.

He aims to establish a genuine ISIS wilayat (or province) in Asia. Seizing Marawi would go a long way toward achieving this goal.

According to Sidney Jones, a veteran analyst of Southeast Asian jihadis, Hapilon’s emirship has united scattered pro-ISIS militants in the Philippines. These rebels are normally quite clannish and mostly loyal to small family units.

He has also succeeded in securing funding from wealthy backers who share ISIS’s ideology, Jones says. This has helped free them from the messy work of kidnapping for ransom. The number of foreign ISIS-linked advisors remains small, she says, but includes “highly educated men with good funding networks.”

Hapilon’s dream of adding Marawi to the caliphate is unlikely to succeed. President Rodrigo Duterte has declared 60 days of martial law over all of Mindanao, the Philippines’ southernmost major island, where the city is located. Duterte has also suggested he may extend that declaration aross the entire country.

The military’s stated goal is to kill or capture the so-called emir.

It’s easy to declare an ISIS outpost in some unruly patch of the southern Philippines. The island region is full of anarchic enclaves beyond state control where family crime syndicates have long flourished.

But seizing and running a mid-sized city such as Marawi will be extremely difficult. A more likely scenario is that the rebels are driven back into the jungle where they may plot more bomb attacks in Mindanao or even Manila.