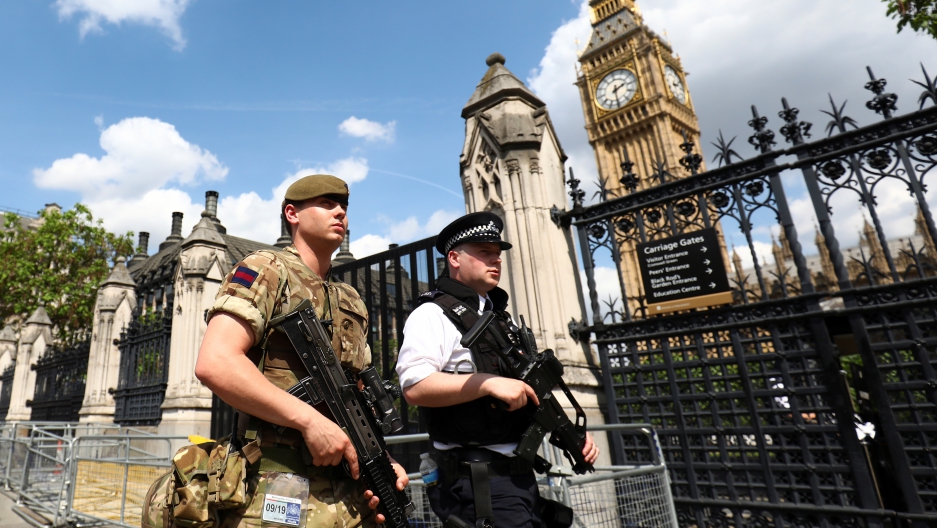 Troops have been deployed to guard key sites in London and other British cities.

Britain has raised its official terror threat level to "critical," the highest possible level used for occasions when an "imminent attack" is possible.

In addition, hundreds of troops have been deployed to guard key landmarks and possible targets, including Downing Street and Parliament, in order to reduce pressure on the police.

The increased security threat rating comes in the aftermath of the suicide bombing of an Ariana Grande concert this week in Manchester. The bomber, Salman Abedi, was born in Manchester and came from a Libyan family. ISIS has claimed responsibility for the attack.

So far, five people have been arrested in the UK in connection with the bombing, while Abedi's father and brother were taken into custody in Libya.

The sophistication of the bombing has led British security forces to conclude that the perpetrator of the assault in Manchester received support from a network of extremists.

"You have to assume that there was a bomb maker," says The New York Times correspondent Rukmini Callimachi. "The accepted wisdom is that a group is not going to sacrifice their bomb maker. That's a person who has valuable skill, that you want to keep alive in order to be able to make future explosives. So, the question becomes: Is there a person who executed the attack, and, in addition, at least one bomb maker?"

Callimachi says authorities are searching for a makeshift factory where the explosives were made.

A French official has confirmed that Abedi traveled to Syria. His family in Libya says he visited the North African nation during this past Ramadan. Callimachi's sources told her he went to Turkey. Little is known about what Abedi did in those places.

"But when you put them all together, that is a trajectory that starts to look like an ISIS trajectory," Callimachi says.