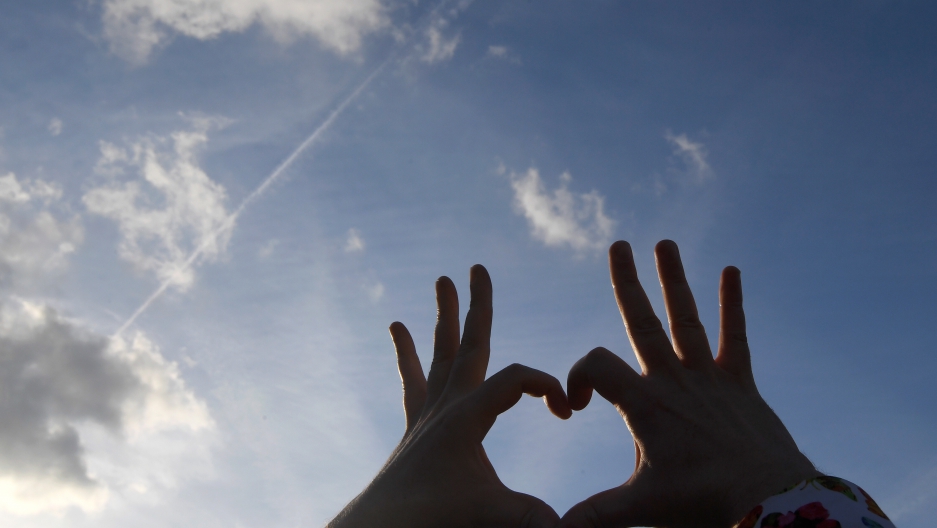 A woman in London's Trafalgar Square at a vigil for the victims of an attack on concertgoers in Manchester Arena is shown here.

How does anyone think blowing up teenage girls at a concert helps their cause?

That's the question people are wrestling with after a suicide bomber detonated a device at an Ariana Grande concert in Manchester, England, on Monday. The attack killed at least 22 people and wounded dozens more. Most of the victims were young teenage or preteen girls. Responsibility for the attack was claimed by ISIS via their news site, Amaq.

Terror analyst Michael S. Smith II finds the claim credible. "[The] Islamic State is very careful about managing perceptions of the group," says Smith, "and the last thing that it needs is to claim responsibility for an attack and then a video to be posted online by the person responsible in which he attributes the attack to al-Qaeda."

That's because al-Qaeda and ISIS are engaged in a fierce competition for dominance in the wider global jihadi movement. "So, it's really important for the group to effectively manage perceptions of it as a legitimate and credible enterprise that's worthy of support."

But how does the act of killing helpless preteens attract support?

Smith says it helps their cause by making it appear as though they have the power to exact retribution for the deaths of Muslims, especially children, at the hands of non-Muslim powers. There has been an uptick in civilian casualties as a result of airstrikes by the US, Russia and other nations, especially in Syria and Iraq. That's something ISIS's propaganda team has jumped on.

"During the past year," explains Smith, "you've seen a notable increase in the incorporation of images of children killed in strikes targeting [the] Islamic State, in Iraq and Syria, especially. And so what that imagery is used to do is to help stimulate thinking about retribution."

That, in turn, can be used to recruit supporters in the West or to make them willing to act. According to their extreme interpretation of Islam, Smith says, "It's incumbent upon the faithful to defend the faithful and to avenge violence against the faithful. So, this does again become very powerful in terms of tools that can be used to persuade would-be terrorists here in the West to this resort to violence."

An attack like the one in Manchester also makes ISIS look more capable than competitors like al-Qaeda.

And Western media coverage of the bombing is playing into the extremists' hands, according to author and social media analyst Zeynep Tufekci.

"They're showing videos of people panicking, I've seen videos of sobbing mothers, distraught parents ...  you can go to BBC and you can go to Fox News or MSNBC or CNN, the same few videos are played again, and again," she says. "This is exactly the kind of media coverage that these type of killers or other kinds of mass shooters like this are aiming for. And I feel like we're giving them the coverage they're aiming for, on their own terms."

Instead, Tufekci encourages media to focus on victims and analysis, and not to allow the bombing coverage to exclusively dominate the news cycle. She says Muslim victims of ISIS attacks in other non-Western countries should also be integrated into the coverage.

And when it comes to how to describe those behind the attack, Tufekci says President Donald Trump's use of the term "evil losers" is appropriate.