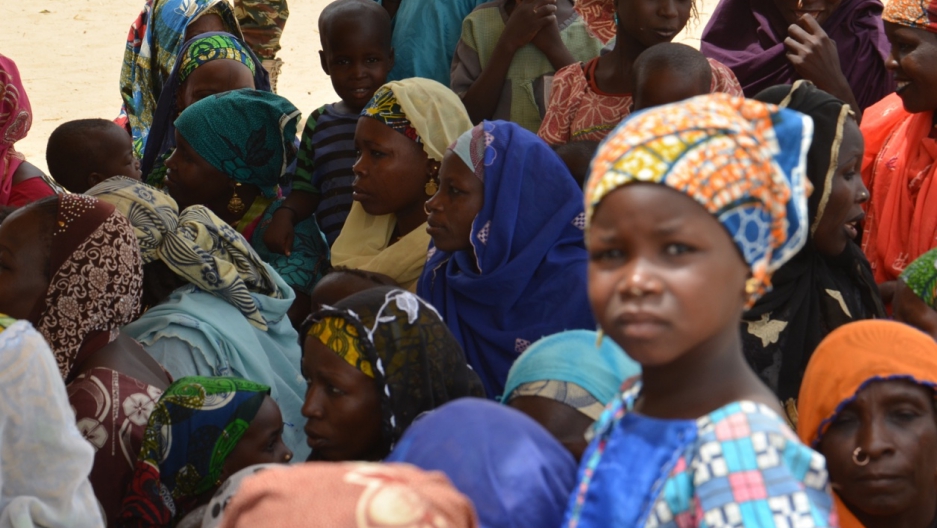 It’s easy to overlook the power of radio, when being hit by a firehose of apps, websites, video and social media.  But when you’re out in the sticks, especially if there’s crisis or unrest, radio saves lives.

“In crisis situations, information is very, very important. Sometimes more than food, you need information," says Faruk Dalhatu, managing director of Dandal Kura Radio International in the northeastern Nigerian city of Maiduguri, a former Boko Haram stronghold. “Because, if you’re on the run, you need to know which direction is safe, before you even think of close family members that have been separated from you.”

What’s more, you don’t need to know how to read to listen to radio. You don’t even need to own a radio; you can just listen to someone else’s. And if you’ve got a cellphone — and many people even in remote parts of Africa do — you can call in and have a voice.

All this informed why the relatively new Dandal Kura radio network, which started broadcasting in early 2016, was set up, with help from the United Nations and other funders, as it was — a regional, interactive, international radio network, reaching across borders, the way Boko Haram does, in the language Boko Haram and some 10 million people in the region speak, Kanuri. The region includes northeastern Nigeria, Niger, Chad and Cameroon.

“This is the first Kanuri-language radio network in the world,” says David Smith, the founder of Dandal Kura Radio International, and previously founder of Radio Okapi in the Republic of Congo — credited by one senior UN peacekeeping official as electronically destroying the frontline in the war in the Congo — and other post-conflict radio efforts in Somalia, Equatorial Guinea and the former Yugoslavia. 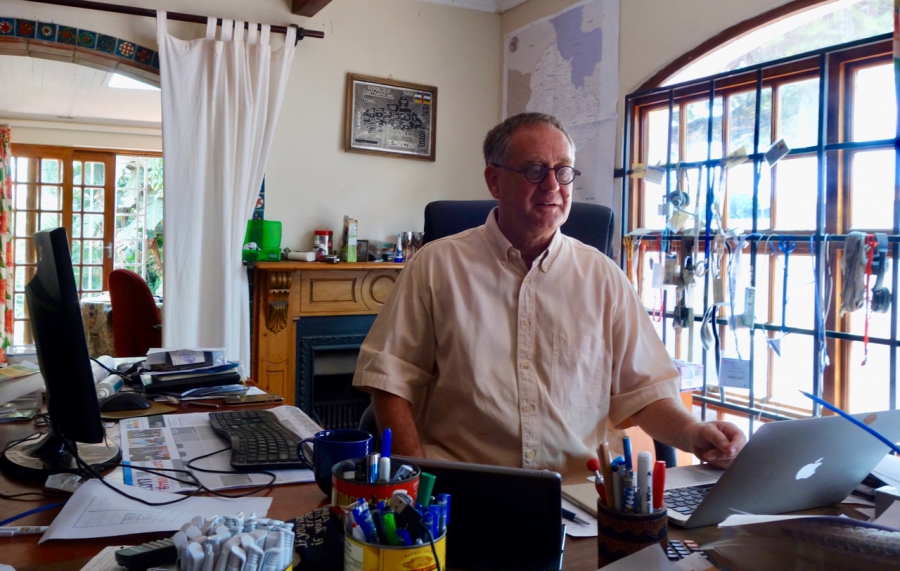 The idea behind Dandal Kura, which means "meeting place" in Kanuri, is to provide a region battered for almost eight years by Boko Haram, with a source of reliable information, interesting programming, and dialogue with each other and with regional peacekeeping forces now trying to keep Boko Haram at bay.

“Radio is king on this continent,” says Smith. “To reach the people of the Lake Chad area, using anything other than radio, would be a failure.”

Boko Haram, with its extreme Islamist views, wasn’t a big fan of radio when it controlled most of northeastern Nigeria’s Borno State, nor when it kidnapped 270 schoolgirls in 2014. Radios were among the many things its members destroyed in their rampage across the region. 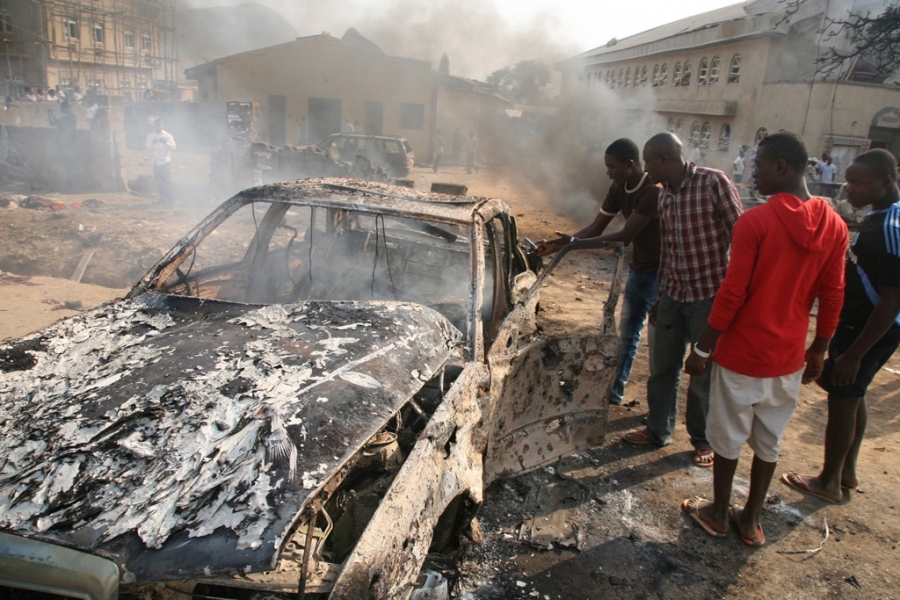 Nigerians look at the wreckage of a car following a bomb blast at St Theresa Catholic Church outside the Nigerian capital Abuja on December 25, 2011. Two explosions near churches during Christmas Day services in Nigeria, including one outside the country's capital, killed at least 28 people amid spiralling violence blamed on an Islamist group. The suspected attacks stoked fear and anger in Africa's most populous nation, which has been hit by scores of bombings and shootings attributed to Islamist group Boko Haram, with authorities seemingly unable to stop them.
Credit: Sunday Aghaeze

Since early 2016, the Nigerian military has succeeded in pushing Boko Haram back, though not vanquishing them entirely. They still hit and run, and have killed more than 200 people over the past year. Many farmers are still reluctant to go back and live on their farms, resulting in the region known as Africa’s breadbasket now having almost 50,000 people who face famine, and 5 million who are living with acute food shortages.

All that said, Faruk Dalhatu says things are definitely better than they were. The release in early May of 81 of the kidnapped schoolgirls, in a prisoner exchange, is just one sign of that.

“The tide has turned,” Dalhatu says. “People can now travel from one village to another with minimal risk. Don’t get me wrong; some people still need military escorts to cross the forest (where Boko Haram is active),” but it’s better than it was, he says. 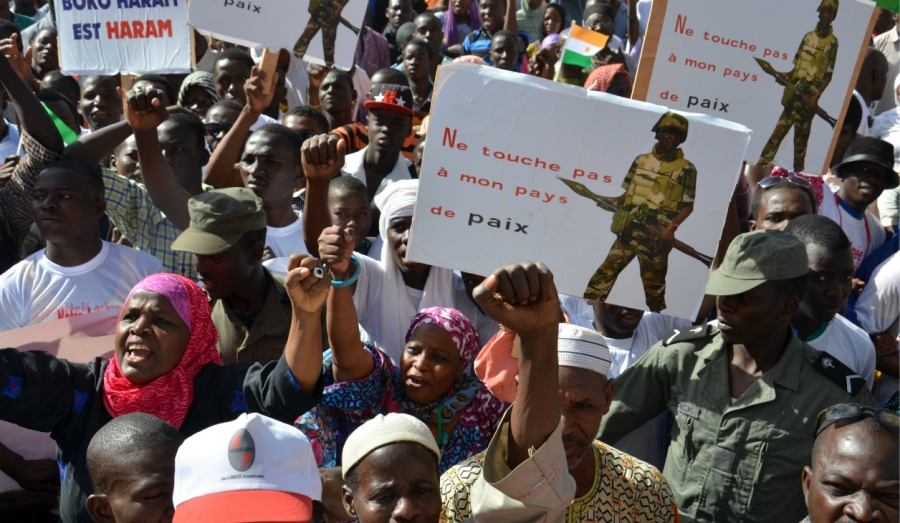 People hold signs reading "Don't touch to my peaceful country" during a protest against deadly raids by Boko Haram on Feb. 17, 2015 in Niamey. The radical sect struck across the border into Niger for the first time on Feb. 6, launching attacks on Bosso and the provincial capital of Diffa, both southeastern towns near Nigeria.
Credit: BOUREIMA HAMA

In this time of transition, Dandal Kura keeps its audience up to date with news and current affairs and entertained with music and talk shows. Families that were separated by years of violence can put out a call for their relatives to get in touch. Counselors, including Muslim and Christian clergy and traditional leaders, are invited to talk people through their trauma, and urge reconciliation with those who might once have been involved with Boko Haram and have now cut their ties. And there are popular radio dramas, written and acted out by local people, sometimes featuring former members of Boko Haram and their relatives.

“The writers know the people they’re writing about,” Smith says. “So it’s not a stretch for them to make up radio fiction drama based on things that have happened to people in their own family. And horrible things happen in this radio drama. People die. People get blown up. People get killed. People get knifed. But it's real life.”

Hearing these real life stories, including stories of reconciliation, and nonviolent ways to resolve disputes, has had an impact. Smith says a recent survey in the region found that 90 percent of people surveyed knew what Dandal Kura was, and thought favorably of it. 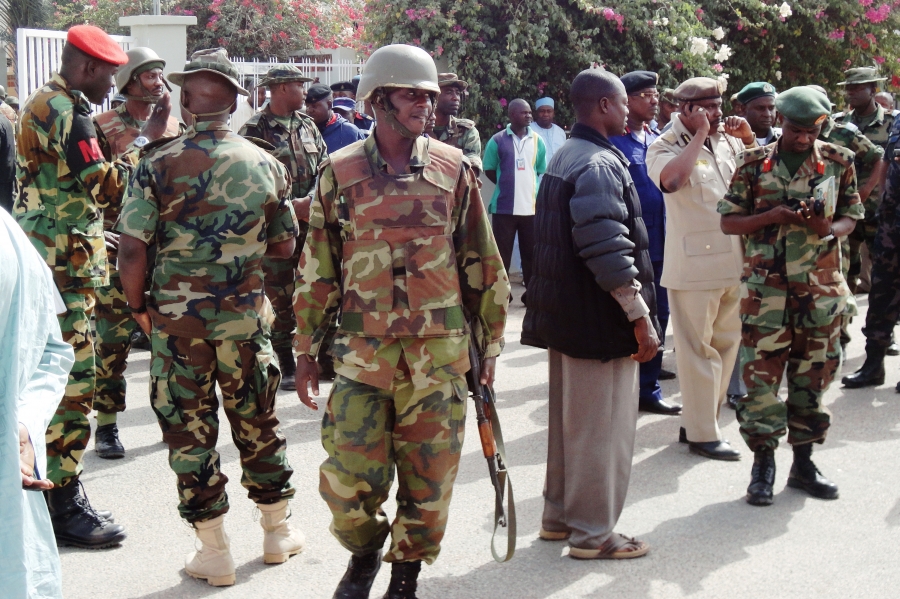 Soldiers wait at the airport near Kano on Sunday for the arrival of Nigerian President Goodluck Jonathan who was on a one-day visit to the northern Nigerian city where nearly 200 people were killed in explosions and shootings on January 20.
Credit: AMINU ABUABAKAR

Still, Boko Haram gained ground, in part, because many people in the region had few prospects, felt ignored by the government and disgusted by its culture of impunity, Smith says.

“Until people have jobs, until people believe that they have some kind of link with influencing elected officials, until people believe that security forces are there to protect them rather than to at best harass them, at worst threaten their lives, until they have access to education, until they have access to adequate health care, the conditions that allowed an extremist group to exist will remain,” Smith says. “And Boko Haram will come back in another form, as it has in many other countries on the continent and elsewhere on the planet."

“So part of the reason that for Dandal Kura is to allow experts and simple farmers and students and goat herders to have a place to talk about what bothers them and how they see — I don't want to sound like a greeting card, but how they see a brighter future.”