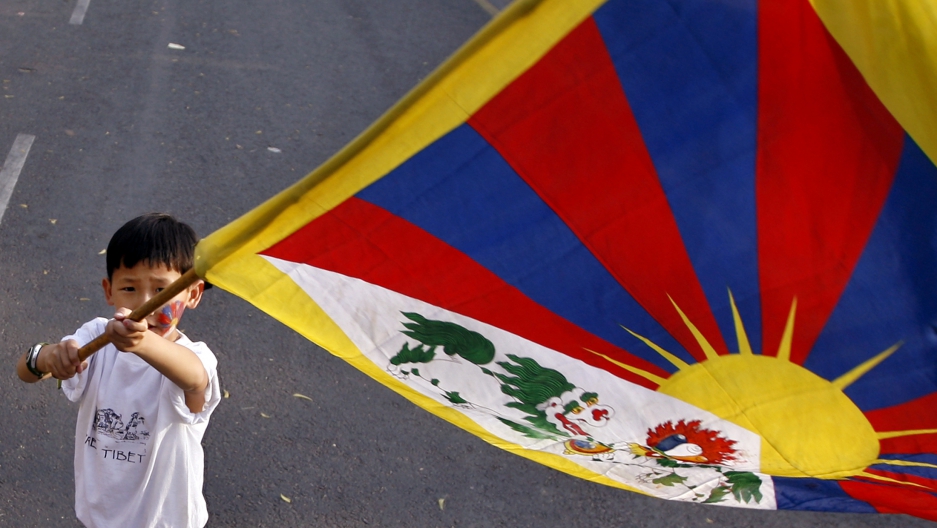 A boy holds a Tibetan flag during a protest in New Delhi.

Every graduation ceremony has — for lack of better words — a certain degree of pomp and circumstance.

The University of Massachusetts Amherst is no different. Each year, a group of international students volunteer to carry the flags of their countries in an Olympic Games-style "Parade of Nations." Public health major Kalsang Nangpa wanted to be part of that procession, by carrying the flag of Tibet, the country where she was born. But to her surprise, administrators said no.

The university has a policy of only allowing flags from countries recognized by the US State Department in the parade. The US doesn’t recognize Tibet as a sovereign country, because China has ruled the territory since 1950, despite Tibet’s sustained calls for independence.

Nangpa says the university’s stance is unacceptable, even discriminatory, and she's trying to change their mind before the May 12 commencement. She’s the president of UMass Amherst Students for a Free Tibet, and says representing the country while she becomes one of the first people in her family to graduate would mean a lot to her.

“Thinking about all the Tibetans living inside Tibet, what they're going through. ... I feel that the least I could do on my part is to represent my country and my people during this ceremony,” she says. “And I know it would mean a lot to my family.”

UMass Amherst spokesperson Ed Blaguszewski said in a statement that following the State Department’s lead is a way to have consistent, objective criteria for being included in the procession. He says the university wants to, “prevent the proliferation of flags that could include everything from a Palestinian flag to a Confederate to a Basque.”

He added that the policy applies only to the “Parade of Nations” part of the event — students are welcome to wave their flags during the rest of the commencement ceremony.

But Nangpa says that distinction seems strange to her. "This isn't some official federal ceremony, it's our university graduation ceremony,” she says.

Moreover, Nangpa says, it doesn’t seem to be representative of the UMass Amherst community she’s come to know over the past four years.

“What is the point of this flag ceremony, you know?" Nangpa asks. "I thought it was supposed to represent the diversity of students we have at UMass Amherst”